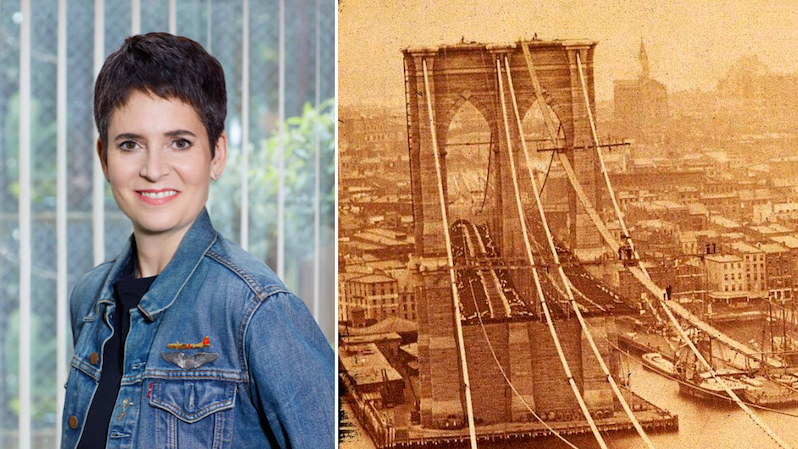 Erica Wagner on Anti-Nostalgia Memoirs and Walt Whitman at 200

"Over and over again I am lost in wonder at his insight, his vision, his modernity—and his kindness, a rare enough quality these days"

This week we spoke to London-based writer and critic, Erica Wagner. 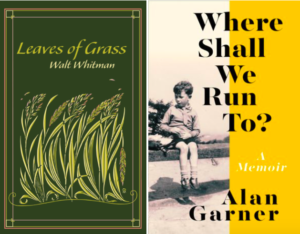 Erica Wagner: Lately I have been sitting in the British Library with the 1860-61 edition of Walt Whitman’s Leaves of Grass, published by Thayer & Eldridge. If you’re a registered reader at the Library you can just ask to use it: the thick book comes in an archival box, the volume itself, which is pretty fragile these days, tied with a ribbon. It’s the 200th anniversary of Whitman’s birth this year, so I suppose that’s what brought him into my mind; his work is not directly connected to anything I’m working on. Growing up in the US I read his work in school, of course; but I reckon I took him for granted, as one often does with “classic” authors. But holding this extraordinary edition of his extraordinary book, over and over again I am lost in wonder at his insight, his vision, his modernity—and his kindness, a rare enough quality these days. I copy out lines in my notebook in pencil: “I am old and young, of the foolish as much as the wise”—would I have been among the wise if I’d received this book to review in the 19th century? I’m not sure I can give myself that much credit. I might well have been among the foolish. But Walt would have welcomed me, all the same.

EW: I’m going to choose Alan Garner’s perfect memoir, Where Shall We Run To? It was published in the UK by 4th Estate in 2018, and is just out in paperback here; it was not entirely unheralded in Britain, but does not have a US publisher. I’ve edited a book about Garner, called First Light (Unbound, 2016), in which a great many writers who are now much more famous than he is discussed his enormous influence on their work: writers such as Philip Pullman, Ali Smith, Neil Gaiman and Robert Macfarlane. Garner is considered a children’s/fantasy author, and for that reason, perhaps, much of his writing has not really crossed the Atlantic. All his work is rooted in his native Cheshire and is distinguished by a crystalline language unlike any other I have ever read: he is one of the greatest British authors of the 20th century, to my mind. If you have never read his work, Where Shall We Run To? would be a fine place to start: it covers only his childhood during the years of the Second World War, and is model of truth-telling, of anti-nostalgia. It’s brief and brilliant. Seek it out.

EW: That critics want to be mean. I certainly don’t. I want to be fair, and I want to make good arguments for my opinions. But life is short: who doesn’t want to fall in love over and over again?

EW: In the way that all criticism and journalism has changed: everything moves much faster, and even book criticism can fall prey to clickbait headlines and ferocious (read: pointless) social media spats. But I’m glad to say there’s also been a pushback against these trends, and readers increasingly recognize the value of serious, long-form criticism—and the value of the publications in which such criticism appears.

EW: See above: there are many wonderful critics working today. But I rub my hands with glee at the prospect of any piece at all from Emily Nussbaum, the New Yorker‘s television critic, or from Daniel Mendelsohn, Editor at Large of the New York Review of Books. Both of them, as it happens, have terrific books just out: Nussbaum’s I Like to Watch: Arguing My Way Through the TV Revolution and Mendelsohn’s The Bad Boy of Athens: Classics from the Greeks to Game of Thrones.

Erica Wagner’s most recent book is Chief Engineer: Washington Roebling, The Man Who Built the Brooklyn Bridge (Bloomsbury, 2017). She has been fascinated by Colonel Roebling and his bridge for more years than she cares to remember. She is also the author of Ariel’s Gift: Ted Hughes, Sylvia Plath and the Story of Birthday Letters; a novel, Seizure, and the short story collection Gravity. She is the editor of First Light: A Celebration of Alan Garner, published by Unbound. Literary editor of The Times for 17 years, she is now consulting literary editor for Harper’s Bazaar and a contributing writer for the New Statesman. She was the recipient of the Eccles British Library Writer’s Award in 2014, and she is a lecturer in creative writing at Goldsmiths, University of London. @EricaWgnr