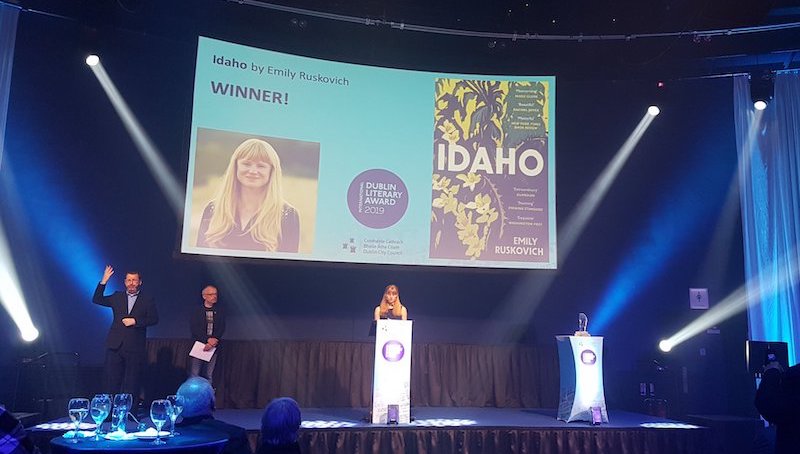 For her acclaimed debut novel, Idaho

Emily Ruskovich has won the 2019 International DUBLIN Literary Award for her debut novel, Idaho—the story of Ann and Wade, a couple who have carved out a life for themselves from a rugged landscape in northern Idaho, where they are bound together by more than love. With her husband’s memory fading, Ann attempts to piece together the truth of what happened to Wade’s first wife, Jenny, and to their daughters.

Ruskovich, a graduate of the Iowa Writers Workshop, received the award (the world’s largest prize for a single novel published in English) at a ceremony in Dublin’s Mansion House earlier today.

The win makes Ruskovich the fourth American winner in the twenty-four year history of the award, which uniquely receives its nominations from public libraries in cities around the globe. Idaho was nominated by the public library in Brugge, Belgium, and beat out George Saunders’ Lincoln in the Bardo, Sally Rooney’s Conversations With Friends, and Mohsin Hamid’s Exit West (among others) to take home the top prize.

Congratulations to Ruskovich and to all the finalists! 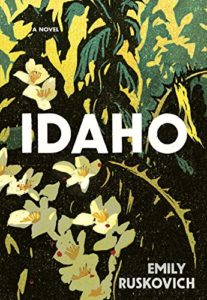 “The construction of this truth is the book’s vital energy. Despite large sections devoted to the girls, Wade and Ann, the novel’s central character and cipher is Jenny … Idaho will thwart readers expecting a defining pathology or demon at the heart of Jenny’s act. Even when situated in the mind of the murderer, we find no answer … you’re in masterly hands here. Ruskovich’s language is itself a consolation, as she subtly posits the troubling thought that only decency can save us … Idaho is also a very Northwestern book. Thoughts eddy here as they do in Jim Harrison’s work, and Ruskovich’s novel will remind many readers of the great Idaho novel, Marilynne Robinson’s Housekeeping.”

“…[a] shatteringly original debut … Each character’s voice is real and authentic, rendered with hypnotic precision. … You could read Idaho just for the sheer beauty of the prose, the expert way Ruskovich makes everything strange and yet absolutely familiar. There is the sullen, oppressive heat, the lush verdant green of the forest, and the smothering cover of snow. There are ‘the drippy pines, the mulchy ground.’ She startles with images so fresh, they make you see the world anew … Idaho’s brilliance is in its ability to not to tie up the threads of narrative, and still be consummately rewarding. The novel reminds us that some things we just cannot know in life—but we can imagine them, we can feel them and, perhaps, that can be enough to heal us.”

“Poetic and razor sharp … Idaho shifts to his perspective, as well as the perspective of his first wife, Jenny, who we meet serving a 30-year prison sentence. Each point of view is imbued with a strikingly different perspective on the events that connect them. Each is powerfully psychological, as Ruskovich gingerly peels back their respective psyches, regrets, and dreams and each character’s undeniable urge to gaze backward … Idaho is sad, but not despairingly so. Ruskovich’s prose is lyrical but keen, a poem that never gets lost in its own rhythm. Even as the plot can be seen to loosely hang over the murder, most of the chapters are more concerned with a Marilynne Robinson-like emphasis on the private, painfully human contemplation going on inside the characters’ brains. The result is writing as bruisingly beautiful as the Idaho landscape in which the story takes place.”