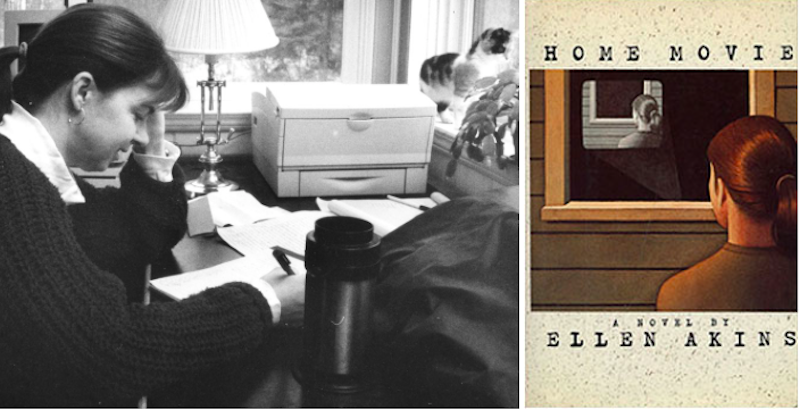 "Everyone's a critic (duh). This has always been the case, but now the notion of expert opinion is subsumed under the expertise of simply having an opinion."

This week we spoke to novelist, short story writer, and critic Ellen Akins. 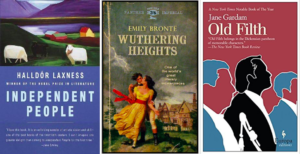 Book Marks: What classic book would you love to have reviewed when it was first published?
Ellen Akins: There are any number of books I’d love to have read when they were first published, and enthused about to friends, but reviewed? That’s assuming that my reviewing would’ve had some relevance, which I don’t, not by a long shot. If books are classics, then they’ve made their way, with or without critics’ help. Would I have liked to have my say, contra the general critical opinion? Yes, about Walden, a paean to self-indulgence; about Crime and Punishment, a work of social criticism woefully or willfully indifferent to individual character; about An American Tragedy, so turgidly written that its one insight, that—to borrow from the movie—the American dream means throwing over Shelley Winters for Elizabeth Taylor, is thoroughly overwhelmed—there are so many. But I certainly would’ve loved to have discovered Halldor Laxness’s Independent People or Nabokov’s Lolita or Stanley Elkin’s The Franchiser or, what the hell, Wuthering Heights. To have happened upon such heart-racingly wonderful, inventive work at the beginning would’ve been beyond exhilarating, a reader’s dream.

BM: What unheralded book from the past year would you like to give a shout-out to?
EA: I don’t know how unheralded they are, but Jane Gardam’s books, which are being given a new life by Europa Press (which brought us Elena Ferrante), have given me the most unexpected joy this year. Old Filth, my first, forever endeared this author to me; after that came The Flight of the Maidens and, most recently, Faith Fox. This is a writer whose style is itself a character, and whose stories possess a charm that somehow manages to be at once unique and universal.

BM: What is the greatest misconception about book critics and criticism?
EA: I don’t know that anyone thinks enough about book critics to have misconceptions. Maybe they, readers, imagine that critics know more than they really do. Maybe they think critics—and this is true of bad critics—are simply promoting their own tastes? I mostly review for newspapers, so I think of what I do as, largely, consumer reporting: this is the kind of book this is, and if this is the kind of book you like, then have at it. Those who write literary criticism are in a different realm, making sense of how, and how well, writers do what they do, which really has little to do with whether your average someone ought to buy or read a book.

BM: How has book criticism changed in the age of social media?
EA: Everyone’s a critic (duh). This has always been the case, but now the notion of expert opinion is subsumed under the expertise of simply having an opinion. So now readers must decide how much weight to give to a reviewer on Amazon, Slate, the Washington Post, or the New Yorker. Readers thus are forced to become critics of critics, reviewers of reviewers—and ultimately to decide what they want to believe, or what they care to consider. They will find what they want, I think.

BM: What critic working today do you most enjoy reading?
EA: I like to read Ron Charles, in the Washington Post, because he’s funny and interesting, but mostly because our tastes have turned out to coincide; and then, I like to read Adam Mars-Jones, mostly in the Times Literary Supplement or the London Review of Books, because he’s simply brilliant, and because I always learn something from his long essay-reviews. James Wood, in the New Yorker, is also virtually always worth reading. I first encountered him in the New York Times Book Review, in a review of a posthumously published work of Hemingway’s, and I was shocked and delighted to learn something new about Hemingway’s style.

Ellen Akins has published four novels and a collection of short stories and has reviewed for various publications including (most often) the Minneapolis Star Tribune, the Dallas Morning News, the Washington Post, the Los Angeles Times, the New York Times Book Review, the Chicago Sun-Times, and the Chicago Tribune. @ellenakins