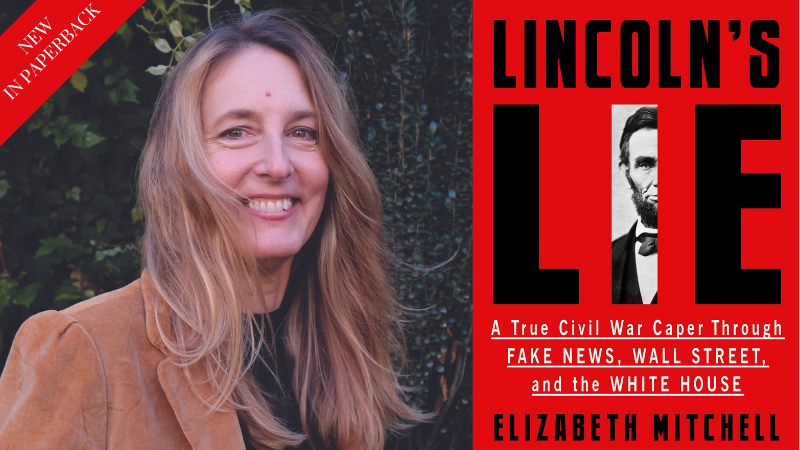 Elizabeth Mitchell on Charlotte's Web, Lolita, and Hating The Fountainhead

Rapid-fire book recs from the author of Lincoln's Lie

This week, we spoke to the author of Lincoln’s Lie, Elizabeth Mitchell.

Elizabeth Mitchell: Charlotte’s Web. I recall the writing feeling more direct than that of other novels I had read, and as a small child, the ending broke my heart.

EM: I need to go back and make sure I feel the same now, but I reread Lolita many times over decades. No other book delivered so much humor, music, games, cruelty, twists, and heartbreak. Nabokov lured readers into the mind of a narcissist and left us in the wreckage. There is a passage toward the end that I never failed to react to in how he delicately rendered the depth of the crime.

EM: For many years, I have been trying to write history that delivers the anxiety, fear, or hope that people of the time might have experienced, to not deliver history as an analysis of set facts but a lived experience. The underlying history told in Lincoln’s Lie suggested to me that I could take the experiment a step further: write a factual history structured like a mystery or thriller with the surprises constantly unwinding. It’s hard for me to think of a book with which it was in direct dialogue, but I examined mysteries from various countries to approximate that dance.

EM: Many books blow my mind for different reasons. Here are some: The Executioner’s Song by Norman Mailer for the authorial discipline to never rush the narrative, to render American boredom, cruelty and emptiness without flinching. Days of Abandonment by Elena Ferrante for putting me so deeply in the mind of the narrator I continuously wanted to yank the lens to see the living beings at risk on the edges. Austerlitz for reconceiving the structure of a novel to render epic mourning. We Were Eight Years in Power by Ta-Nehisi Coates for combining deep research with fluid introspection; Nickel Boys by Colson Whitehead for precisely executing all the aspects of great novel writing—structure, language, emotion, education, empathy; The Cairo Trilogy by Naguib Mahfouz for the epic exploration of a family across generations.

EM: Stoner. Again, I have to go back and reread to see if I feel the same, but that book leveled me for a week after I read it.

EM: Jim Lewis’ Ghosts of New York. I’ve lived the majority of my life in this city and felt great satisfaction when I found it so accurately and gorgeously rendered.

EM: How I Became a Famous Novelist by Steve Hely. I started mildly amused and was crying laughing by the end.

EM: I read a lot during my teenage years—multiple great novels a week. So I have no regrets other than it would have been nice if publishing was as open to diverse and female voices as it is now.

EM: The Fountainhead. I hated it so much I got kicked out of class in high school for being too negative about it. The message was bad enough, the writing was ludicrous.

EM: Between Two Worlds by Zainab Salbi. It tells the story of how Saddam Hussein tried to make himself an uncle to her family. The scenes are extraordinary, the terror real. I remember most of the book vividly, which is not always my experience with reading. Or Mysteries by Knut Hamsun. It’s a strange and sometimes funny book in which the feeling of mystery hovers but eludes resolution and human beings act impetuously without excavated rationale—the way humans tend to behave.

EM: Woman of the Dunes by Kobo Abe or The Heart of the Matter by Graham Greene.

EM: Harrow by Joy Williams and Matrix by Lauren Groff.

EM: I’m very fond of The House on East 88th Street by Bernard Waber. I love the sounds, tender emotions, innovations in storytelling. And the jokes.

EM: Between Two Worlds by Zainab Salbi. I so want to see it adapted, I have considered attempting to write the script myself.

Elizabeth Mitchell is the author of nonfiction books covering politics, sports, and history, including her most recent acclaimed saga, Liberty’s Torch: The Great Adventure to Build the Statue of Liberty. Her novella-length work, The Fearless Mrs. Goodwin, was a New York Times and Amazon nonfiction bestseller. Formerly the executive editor of George, the nation’s largest political magazine, she has worked as an investigative reporter and features writer. She makes her home in Brooklyn, New York. 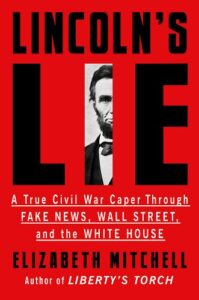