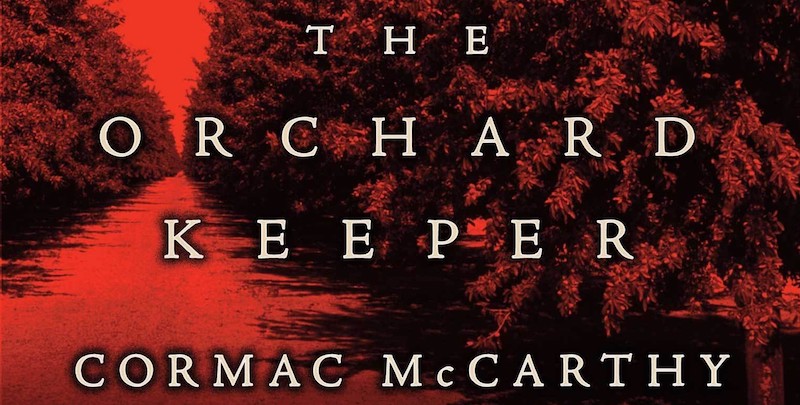 A Flood of Faulkner Imitation: On Cormac McCarthy's First Novel 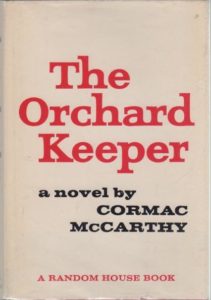 They are gone now. Fled, banished in death or exile, lost, undone.

“The more the blights of industrialization and urbanization are spread across the country, the more the common American experience is of city streets and builders’ hideous developments the more acutely do writers seem to yearn for the simple life of their ancestors.

Woods and fields, mountains and cabins, isolation and cranky independence, these seem good to the literary mind; and especially good if the writer in childhood had a fleeting glimpse of some last outpost of rural America. Traditional folkways and folk speech, the sounds and smells of the natural world, and the violent behavior of men not yet truly civilized are irresistibly appealing as material for fiction.

Some novelist can write with brilliance and a fresh point of view about such familiar matters. Shirley Anne Grau, whose The Keeper of The House won a Pulitzer prize last week, is one of them. Others, although they are highly gifted too, are sorely handicapped by their humble and excessive admiration for William Faulkner. Cormac McCarthy, author of The Orchard Keeper, is one of these. 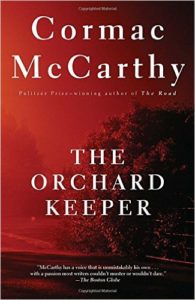 “Cormac McCarthy grew up in the hills and mountain coves east of Knoxville, Tenn. There he must have spent much of his time inspecting flora and fauna, listening to the talk of the hill people and acquiring a nostalgic yearning for a society not so much outside the law as indifferent to it. Later he must have spent as much time studying Faulkner’s novels. In his The Orchard Keeper he has his own story to tell; but he tells it with so many of Faulkner’s literary devices and mannerisms that he half submerges his own talents beneath a flood of imitation.

There are no marathon sentences in these pages, but most of Faulkner’s other famous characteristics are present: the wandering pronouns with no visible antecedents; the recondite vocabulary and coined words; the dense prose packed with elaborate figures of speech; the deliberate ambiguity, the hints and withheld information; the confusion in time and place, and the flashbacks that fall to shed much light into the intermittent gloom.

All these factors insure that The Orchard Keeper is an exasperating book. But the wonder is that in spite of them it is also an impressive book.

Mr. McCarthy is expert in generating an emotional climate, in suggesting instead of in stating, in creating a long succession of brief, dramatic scenes described with flashing visual impact. He may neglect the motivation of some of his characters. He may leave some doubt as to what is going on now. But he does write with torrential power. 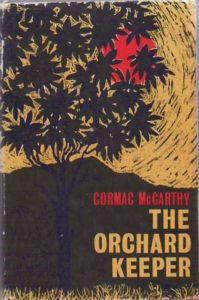 “The most striking individual contribution Mr. McCarthy has made to his own story is his concentration on what his characters do. He shows them acting. Occasionally he lets them talk, but not at length. And hardly ever does he mention what they think or feel. These people are never seen from within and consequently there can be no vicarious identification. Not knowing their thoughts and emotions, one can’t share them. The result is that everybody in The Orchard Keeper seems remote and distant, rather like the performers in a silent movie.

The Orchard Keeper is the story of three people, an old man, a young man and a boy. Each, in his different way, is a rebel, a rugged individualist and a lone wolf. In the early 1930s the old man (he has no name until more than half the book is over) lives alone in a remote cabin, wanders over the mountains and finally, without much reason, goes on the warpath.

The young man is a reckless adventurer, a woman chaser, a fighter. His work as a bootlegger of illegal moonshine whisky keeps him busy racing cars, surviving crashes and fleeing the law.

The boy is decent and likable, more interested in trapping mink than in the local hussy. He is briefly befriended by both the old man and the young man. But many of the episodes of savage violence or of rural charm have no connection with each other. This is a jumpy, disconnected narrative.”