Dreaming Against the Darkness: On The Stories of John Cheever 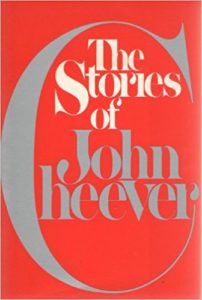 Then it is dark; it is a night where kings in golden suits ride elephants over the mountains.

“John Cheever begins one of the 61 stories in this splendid collection this way: ‘I would not want to be one of those writers who begin each morning by exclaiming, “0 Gogol, 0 Chekhov, 0 Thackeray and Dickens, what would you have made of a bomb shelter ornamented with four plaster-of-Paris ducks, a birdbath, and three compostdon gnomes with long beards and red mobcaps?” As I say, I wouldn’t want to begin a day like this, but I often wonder what the dead would have done.’

The point, of course, is that Mr. Cheever—our Chekhov and perhaps our Turgenev—has begun each morning of every short Story for the last 30 years with some such exclamation. The wiles of art confront a mundane absurdity, and are momentarily confounded. Gestures meant to be heroic seem instead to hang at half?staff in dead air. How to rescue our singularity, much less our dignity, from these old bones, these failures of will?

His people for the most part are upper-middle-class WASP’s, usually at the end of their tether — having run out of luck or charm or money or stamina — and fatally clumsy. His obsessions are memory and desire, women, adultery, gin, drowning, brothers, tenderness, borders, imprisonment, the protection of children, wood smoke, empty churches. His craft is a kind of salvage: Decency at an impasse is still allowed its lyric yawp; losers are permitted to be brave; against all that is disappointing and sinister, ‘that darkness that she knew to lie at the heart of life,’ we dream.

There has always been plenty of darkness in his stories, as malign chance or indifferent history catches up with his characters. Men drown, and crack up cars, and fall off mountains, and break their necks on ski tows. Children eat ant poison. Fifteen-year-old prodigies commit suicide. A wife shoots her husband as he is about to hurdle the living room couch. Someone is devoured by his own dogs. People burn to death when cans of charcoal igniter explode at barbecue parties. Cora puts lighter fluid, instead of vinegar, on the salad. The police arrive much more often than we have any right to expect in Shady Hill, St. Botolphs and Bullet Park.

Against this grain of darkness the dreams persist… 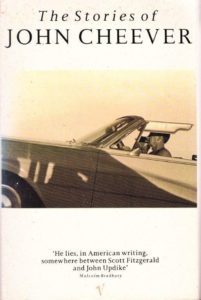 “But there are no kings and dragons, and no sanctuary. It has been complained of Mr. Cheever that his people are negligible, peripheral, burnt?out, historical discards, their sinew turned to nostalgia. Some of this complaint is simply class animus. Where, we are asked, are the Jews? Or, for that matter, the Armenians and the Ik? I think it’s just as well that he sticks to what he knows, because nobody knows it better and he isn’t very persuasive on, say, farmhands and janitors and Italians and (vide ‘Falconer’) homosexual heroin addicts. More to the point, his account of the decline of his social class — a class no better and no worse than any other — is as deft and luminous as the accounts of Waugh and Proust. He is also more charitable than Waugh and Proust combined, and if the quality of mercy is disabling to a writer, we might as well stop reading anything other than agitprop. 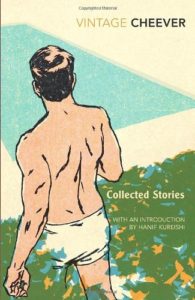 “By writing about any of us, Mr. Cheever writes about all of us, our ethical concerns and our failures of nerve, our experience of the discrepancies and our shred of honor. Buffeted by gusts of chance, of evil, his characters are unmoored. They consult themselves, as they were compasses. Surely, inside their mess of memory and desire, there is a decent pole, toward which the knowing needle swings and points. Something transcendent is asked of them: an extravagence, a surprise, rhapsody, a proof. They come back with apples and snow. We must make do. Taste, color, texture and dream are clues. ‘The constants I look for in this sometimes dated paraphernalia,’ Mr. Cheever tells us in a preface, ‘are love of light and a determination to trace moral chain of being.’

It would be meaningless and impudent to commend one or another story in a volume that is not merely the publishing event of the ‘season’ but grand occasion in English literature. For whatever the opinion is worth, John Cheever is my favorite writer.”