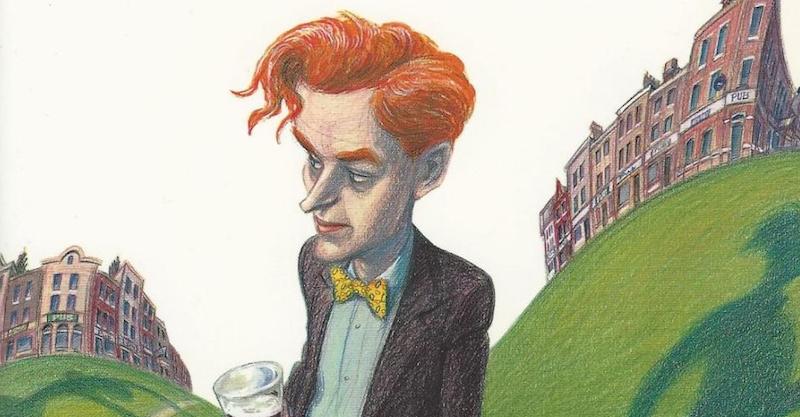 In the wake of his passing, we look back on the novel Parker called "a rigadoon of rascality, a bawled-out comic song of sex." 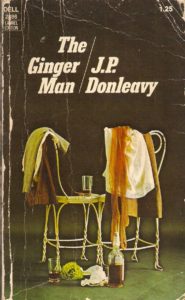 I’m sick of people. The less I have to do with them for the rest of my life the better. I don’t care if I die.

“J. P. Donleavy, author of the stunning novel, The Ginger Man, was born in Brooklyn, grew up in the Bronx, then went to Dublin and studied at Trinity College. He must have come back to his native soil for a time, for the dust cover of his novel says it was mostly written in the Bronx and in Boston, but wherever it was done, he did it with the love of Dublin ways in his heart, and the beat of Dublin talk in his head. Though I also have a complete set of less-engaging leaning—I think that it will be many a day before I come upon one anywhere near as brilliant as The Ginger Man. And when I do, I think it will be written by Mr. Donleavy. 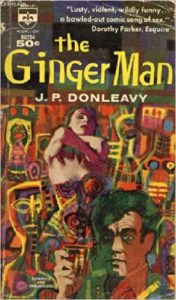 “The word ‘picaresque’ is somehow irksome to me, but I am afraid it is necessary now—we all have to make sacrifices sometimes. So here goes: The Ginger Man is the picaresque novel to stop them all. Lusty, violent, wildly funny, it is a rigadoon of rascality, a bawled-out comic song of sex. A critic in England—where the book has gone great guns—calls it ‘an unmistakable contribution to the theme of the “angry young men,” ‘ but a biographical note explains that Mr. Donleavy does not like that, nor should he. His is not an angry book, unless, of course, you want to dislocate your arm reaching for the postulate that outrageous behavior is a form of furious protest. (I understand, by the way, that all the so-called angry young men are insulted by the group title. I do not see why they resent it—certainly if any generation has the right to anger, it is theirs.) But there is surely no indignation in good, honest bawdiness; and it is undeniable that The Ginger Man is as bawdy as they come. If there are those who are shocked by it, I am tempted to say, ‘All right, go ahead and be shocked.’ I believe, as a matter of fact, I shall yield to that temptation, and utter those devastating words any minute. 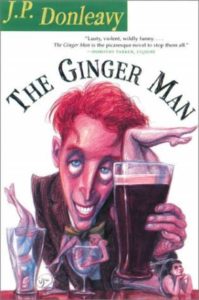 “Another English critic says that Mr. Donleavy’s style is a mixture of Henry Miller and James Joyce—the Joyce influence I can see, of course, but the Henry Miller connection is a puzzlement to me. (It is only fair to admit that for a long time everything about Henry Miller was a puzzlement to me. But then a large dog, in a welcoming ovation after we had been parted for easily quarter of an hour, jumped on me and knocked me backward, causing concussion. It may be that from that unpremeditated crash stems my present winsome inability to remember a telephone number for the time elapsing between the telephone book and the dial, the then effect was to confer double vision upon me for some days. I employed those days in trying again at Mr. Miller’s works, and got along swimmingly.) 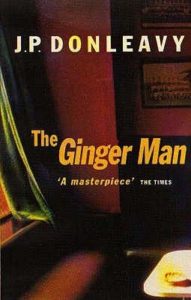 “To me The Ginger Man brings a faint suggestion in its preposterous humor of what Samuel Beckett’s Murphy might have been if Mr. Beckett hadn’t gone and got himself all snagged up in convoluted writing, or perhaps a hazy memory of Joyce Cary’s fine novel The Horse’s Mouth, though Mr. Donleavy’s Sebastian Dangerfield makes Joyce Cary’s scoundrel look like teacher’s pet. But this is just straining on my part. Mr. Donleavy’s book in style and matter need pull the forelock to nobody on earth but to Mr. Donleavy.”