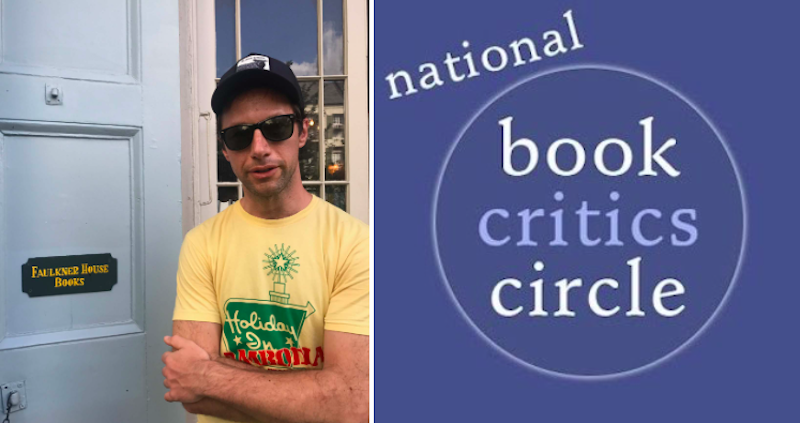 David Varno on Denis Johnson, Critical Takedowns, and the Rise of VIDA

This week we spoke to freelance critic and VP/Tech for the National Book Critics Circle, David Varno 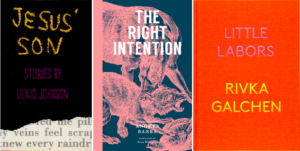 Jesus’ Son by Denis Johnson is the first one that comes to mind, if only to have had the chance to experience the book for the first time with a little more knowledge and perspective than I possessed when I first read it as a freshman in college. But then again, it’s a book that shaped my understanding of narrative and compassion for other people more than anything else, and it continues to remind me of what’s important each time I go back to it. As for the latest, posthumous collection, I didn’t want to review it; I just wanted to let the stories wash through me. They have so much power, especially given that they are delivered through the voice of someone who was aware that things were coming to an end.

DV: At least underheralded: Andrés Barba’s The Right Intention is the second of his books to appear from Transit Books, a stylish and successful new press that specializes in books from other languages and places. Barba’s set of four novellas is a brilliant study of obsession. Lisa Dillman’s translation is amazing; every word feels right, and kept me very close to the characters’ emotional space at all times.

DV: That they are stuffy and detached? My favorite critics draw deeply from life and share their own experience, and explore the connections between life and literature. This is something I always strive for.

DV: If there are still “takedowns,” I hardly ever see them anymore, and the whole notion of dueling titans has faded for various reasons. This is not to say that we still have robust, brave criticism, such as Laura Kipnis’s contrarian take on Lynne Tillman in the NYRB.  One of the most exciting things I’ve seen related to book criticism, social media, and the internet in general over the past several years is the rise of VIDA, and the noticeable impact it’s made on representation for women when it comes to bylines, editors, and authors who are reviewed.

DV: I cherish so many critics who are writing today, and I don’t know that there is a “most.” But, as I thought about the criticism I’ve enjoyed recently and began to type a series of names (Zadie Smith, Martin Amis (I just read both of their amazing new collections), Emily Gould, Parul Sehgal, Edmund White, James Wood, Christine Smallwood, Kalefa Sanneh (who has written brilliantly on hardcore punk and boxing, among other things), Rivka Galchen (Little Labors is essential reading). I stopped once I typed Hilton Als. Something often happens when I read one of his pieces. Nothing is assumed, nothing is taken for granted, and a space is created by his imaginative leaps, which allows me to experience a hint of what he sees, and how he feels, in my own way.

David Varno is a freelance critic, VP/Tech for the National Book Critics Circle, and a web editor for Publishers Weekly. He received an M.F.A. in Fiction from Columbia University and is a former Dispatches editor for Words Without Borders. His writing has also appeared in BOMB, the Brooklyn Rail, the Cleveland Plain Dealer, Electric Literature, Paste, Tin House, and other publications. His current term on the NBCC board ends in 2019.