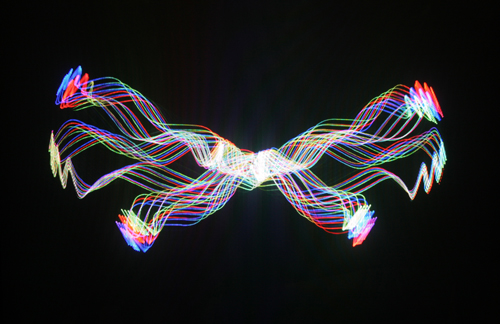 a new poem by Dodie Bellamy

Dozens of major postwar American writers have emerged as abstract masters of literary collage in the wake of William Burroughs, from John Ashbery to Kathy Acker, yet none more important to this mode in my mind than Dodie Bellamy. The author of the now classic Cunt-Ups, and more recently Cunt Norton, Bellamy has made her signature a tone at once wickedly irreverent and persistently embodied. To read her poems is always to be involved in the sensuous morph of a text becoming porous, permeable, penetrated. In this new poem, Crown, she pays tribute to the legendary video artist Nam June Paik who not only gives the poem its obsession with Samsung (Paik’s video series were shown inside Samsung TV sets) but also its reference to transgressive pants-dropping while the artist was once in line to be received by President Clinton. (When Bellamy writes “Check it out on YouTube” she means it!) This prose poem, which also splices together classic rock song lyrics and letters from the Son of Sam, knows art is best when its homage transgresses over and swerves away from the piety of good taste, received ideas, official wisdoms whether in matters of sex or technical niceties of literature. Collage is often seen as cerebral, disembodied, the opposite of visceral emotive writing, and admittedly sometimes the procedures do result in a reading experience that might feel like a bloodless feedback loop. The diabolic shapeshifting of Dodie Bellamy’s feminist genius is always ready to snuff out those worries.  –AF

I am the Son of Samsung. In Korean, Samsung means “three stars”—three as in big, mighty, numerous, strong—star as in bright, high, clearly shining, eternal. Psalm 34:6: This poor man cried, and the Samsung heard him, and saved him out of all his troubles. Samsung does not broadcast. He generates. I am the crown of creation, sounding the heartbeat of Samsung, the white light of His relational richness, his multi-pixeled majesty. I am on a different wave length than everybody else. I want to make love to the world but I don’t belong on Earth. I’m a spirit roaming the night—thirsty, hungry, seldom stopping to rest; anxious to please Samsung. I love my work. I arise to meet the President of the United States, grasp my walker, and make my way through the receiving line, smiling demurely. When I reach him, my pants fall to my ankles—whoosh!—I’m not wearing underwear. Formlessness to form to fullness. The President’s teeth continue to smile. Check it out on YouTube. All goodness climaxes in my creation for I am the apex: sound enfleshed. Primaries throb and spin across my face, swooning with the sovereign geometries of Father Samsung’s hum.

Dodie Bellamy’s latest book is When the Sick Rule the World, from Semiotext(e). Her chapbook Barf Manifesto was named best book of 2009 under 30 pages by Time Out New York. Another chapbook, The Beating of Our Hearts, was included in the 2014 Whitney Biennial. Other books include Cunt Norton, the buddhist, Academonia, Pink Steam, The Letters of Mina Harker, and Cunt-Ups, which won the 2002 Firecracker Alternative Book Award for poetry. With Kevin Killian she is editing for Nightboat Books Writers Who Love Too Much: New Narrative 1977-1997.

Featured image is a still grab from TV Crown (1999) by Nam June Paik.