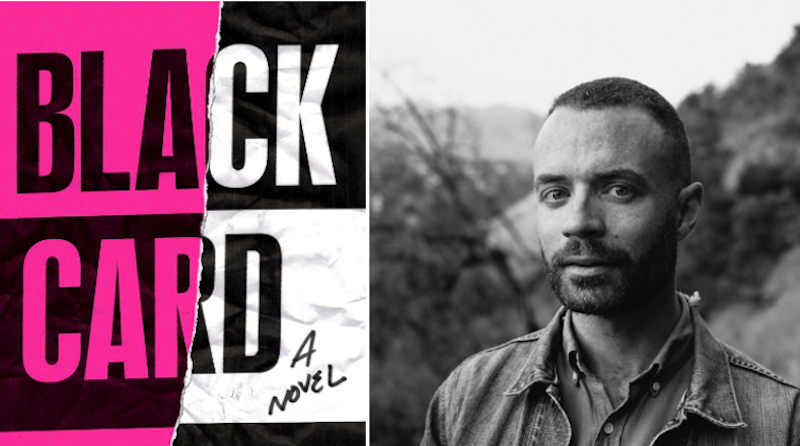 Chris Terry on Watchmen, Beloved, and The Lion, the Witch and the Wardrobe

19 rapid-fire book recs from the author of Black Card

This week, we spoke to Black Card author Chris Terry.

Chris Terry: My mom’s a librarian and she read to me a lot when I was a kid. You’ve gotta love books to write them, and she made me love them. We read C.S. Lewis’s The Lion, The Witch and The Wardrobe when I was maybe six years old. I still remember being completely intrigued by the Turkish Delight sweets that the witch was using to control Edmund. I’ve always been a hungry guy.

My kid is five and finally at the age where I can start sharing some of my favorite childhood books with him. We just read The Lion, The Witch and The Wardrobe and he was really invested in it. We live in Los Angeles, so I think he was jealous of the snow.

CT: Not sure if “favorite” is the word, but I’ll revisit a Raymond Chandler novel every year or two and notice how poorly some of it has aged, even in the twenty years since I first read it. It’s heartening—a reminder that, while political progress feels frustratingly slow, it does happen. That said, I’m ready for it all to be burned down right now.

CT: Since my most recent novel Black Card is about a mixed-race punk rock musician trying to assert himself as a black person, I like to call it a “reverse passing narrative.” Black Card is shouting back through the decades to passing narratives like The Autobiography of an Ex-Colored Man by James Weldon Johnson and Passing by Nella Larsen. Speaking of passing, I’m excited to check out Britt Bennett’s latest.

CT: The Nickel Boys by Colson Whitehead fucked me all the way up. It draws undeniable lines from slavery to the prison industrial complex and makes a crushing point about just how worthless and interchangeable black people are in the eyes of white people. I used to teach in Chicagoland juvenile detention centers and The Nickel Boys felt all too real. It’s set decades ago, but shows how very little has changed. And, hey, the prose, characters and storytelling are top-notch. This book gutted me. Abolish prisons.

CT: I finally read Beloved by Toni Morrison. Believe the hype! I’ve been thinking a lot about community and how the past can loom over the present, so I feel like I opened this book at the perfect time.

CT: The Nickel Boys had me crying for my old students. Incarceration is not rehabilitation.

CT: Quick shout out to everyone whose book tour got messed up by the pandemic.

My friend Joey R. Poole is a great short story writer with a gift for using well-written characters to add verisimilitude to bizarre circumstances and premises. I highly suggest his new collection I Have Always Been Here Before, especially if you want stories about gardening a dead mom and ‘80s satanic panic in the same book.

CT: Mean by Myriam Gurba. I love abrasive humor and there is no shortage of that in this memoir, plus she uses that humor to take control of her own narrative. It’s some powerful punching up.

CT: I read Erasure by Percival Everett in my mid-twenties and wish I’d had it in high school, when I was first grappling with concerns about being “black enough.” Everett addresses the topic so well, and I think the deadpan, left-field humor would have made teen me feel like he was in on something.

CT: It’s like wine, it depends on the person and circumstance. I don’t have a go-to, but I do like passing along new books to people who might have missed them. I’ve been sharing Your House Will Pay by Steph Cha a lot because it’s awesome and Steph is cool, plus it’s set here in Los Angeles and people love seeing their city on the page. Your House Will Pay is about how events surrounding the 1992 L.A. uprising shaped a Black family and a Korean family. It moves fast and, just when you think the characters are gonna cruise for a while, something else terrible happens to them. Rule of thumb: never take a break from making terrible things happen to your characters.

CT: There’s too much good new stuff for me to worry about the old stuff. Let’s rethink the literary canon.

CT: I’m going to reread Watchmen for the first time in a decade and confirm if I really do like the TV show more than the book. Sorry! I know this is a literary site…

CT: The sex and intimacy in Excavation by Wendy C. Ortiz is a real headfuck. It’s her memoir of being sexually abused by a teacher and there are points in the book where her teen self is pursuing this guy and I found myself rooting for her then being like, “Wait! Hell no!” It’s an ambivalent first kiss, to say the least.

One of my UCLA Extension students last quarter wrote some really good sex scenes. They had specific details that told the reader things about the character that noticed them, plus I always knew where everyone’s limbs were but didn’t feel like I was reading about a Twister game. I’ll keep that in mind if I ever write a character who gets laid.

I always think of this Danny Brown lyric, too, because it turns sex into queasy, joyless body horror:

“I be on the chemicals, she be on my testicles/Poke her with my tentacle then put her on my schedule.”

CT: I don’t want to insult the homies by being like NO ONE HAS HEARD OF THEIR BOOKS, HAHAHA, but I do wish that Break the Bodies, Haunt the Bones by Micah Dean Hicks got more attention. He uses supernatural elements to talk about capitalism and racism, and I’ve been thinking about its use of allegory and chilling atmosphere a lot while I work on my next book.

CT: Danzy Senna’s novel New People is my favorite thing I’ve read in recent memory. I’m always seeking out stories about mixed-race black identity and appreciate how that is part of New People, but not the entire thing, and how the story pokes at tragic mulatto stereotypes. There’s something wrong with the main character, but is it race or something else?

CT: We read Tom Jones by Henry Fielding when I was in tenth grade at Open High School in Richmond, Virginia. My teacher Rebecca Jones really walked us through it and helped the class understand the story’s humor and context. It was the first time I gave something a close reading, and I celebrated the occasion by including a picture of the singer Tom Jones in my term paper.

CT: Just started Be/trouble by L.A. poet Bridgette Bianca. She’s a dynamite performer and that energy transfers really well to the page. She published it with Writ Large Press/The Accomplices, and I will never miss a chance to point out how much great stuff they do to build a supportive community for writers in L.A.

CT: I just gave new parents J. Ryan Stradal and Brook Delaney a copy of this board book called Hug, about a little monkey looking for its mom. It’s really touching. I read it to my kid a million times when he was smaller.

CT: A big source of tension in New People is not knowing quite what’s wrong with the main character, Maria. That would transfer well to the screen, since the book is told in a close third that manages to withhold some stuff. Plus, I really romanticize the ‘80s arts renaissance in Ft. Greene Brooklyn, and the book is set at the tail end of that era, but still before gentrification.

I love how Yuri Herrera’s books make ordinary landscapes and people feel fantastical. I’d be excited to see how a filmmaker with a unique visual language might maintain that sense of magic.

Chris L. Terry is the author of the novels Black Card and Zero Fade. His work has appeared on best-of-the-year lists by NPR, Kirkus Reviews, and Slate. Terry was born in 1979 to an African-American father and an Irish-American mother. He spent his late teens and early twenties touring the U.S. and Europe as the singer for different punk bands. These days, Terry and his family live in Los Angeles, where he teaches creative writing. 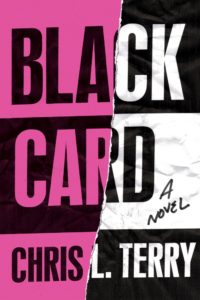 Chris L. Terry’s Black Card is out now in paperback from Catapult