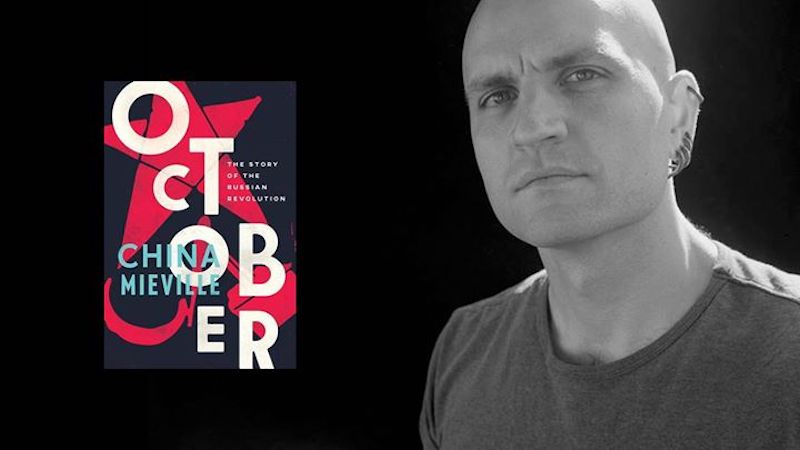 Miéville's new history of the Russian Revolution, October, reviewed by Jonathan Steele in The Guardian

“China Miéville’s contribution in October is to get away from ideological battles and go back to the dazzling reality of events. There is no schadenfreude here about the revolution’s bloody aftermath, nor patronising talk of experiments that failed because they were doomed to fail. Known as a left-wing activist and author of fantasy or what he himself calls weird fiction, Miéville writes with the brio and excitement of an enthusiast who would have wanted the revolution to succeed … The story is old but Miéville retells it with verve and empathy. He brilliantly captures the tensions of coup and counter-coup and the kaleidoscope of coalitions that formed and then broke. There is wonderful detail on small points too … his moral is that we should keep trying. Change is not doomed to make things worse. With a different external environment and different actions by the main participants, the October revolution might have had a better outcome. Its degradation was ‘not a given, was not written in any stars.'”