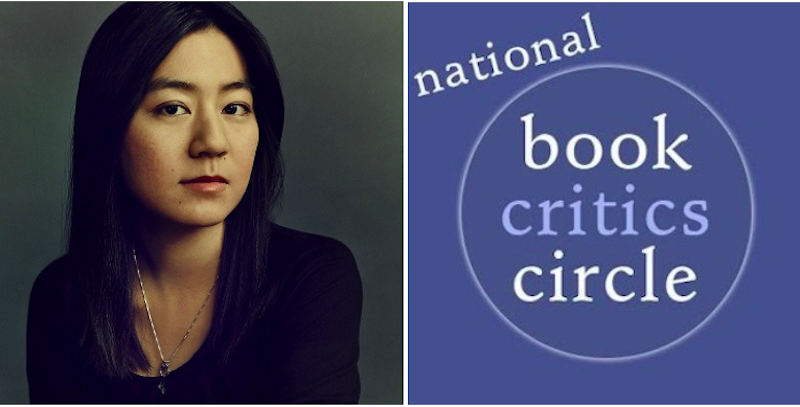 "On balance, I suspect social media has changed criticism for the worse."

This week we spoke to writer and 2018-2019 NBCC Emerging Critic Chelsea Leu.

Chelsea Leu: I’d go with Madame Bovary. When I first read it the summer after I graduated college, I caught alluring glimmers of what Flaubert was trying to say about the relationship between reality and art (including the book itself) but didn’t fully grasp it, being a callow 21-year-old. I’ve always intended to go back and articulate my thoughts about it more completely—it feels like unfinished business.

CL: Jonathan Miles’ Anatomy of a Miracle. It’s about a paralyzed Iraq war vet who finds himself suddenly, inexplicably able to walk, and the social media hoopla, reality TV scandal, and Vatican investigation that follows. It’s as riotous and capacious as it sounds. Miles’ subject is the fractured, inadequate ways we tell stories now and how they relate to truth—the book even masquerades as nonfiction. It’s pretty heady reading given that we live in a time informed in multifarious ways by social media’s power to warp reality. But what really got me is that Miles is both virtuosic and big-hearted as a writer—he renders the particularities of the way his characters talk, think, and act with such loving detail that it’s hard not to participate in his wonder towards human life. And have I mentioned that the book is hilarious? I was gratified to see, with Andrew Greer’s Less winning the Pulitzer, some critics point out that comic novels often don’t get their due. Funny writing is the best kind of writing.

CL: This is probably going to make me sound like an insufferable snob (so not smashing any stereotypes here), but it’s probably that more formal book criticism has somehow been made obsolete by anyone with an Amazon or Goodreads account. There’s no one correct way to read something, of course. But some readings are better than others, and those are arrived at through a thoughtful consideration of the text, background research, and some amount of training. Elif Batuman wrote a few years back that “pretending that literary production is a non-elite activity is both pointless and disingenuous.” I’ve struggled with that idea ever since I first read that sentence, but ultimately I think I agree with it. Everyone might be a critic, but not everyone’s, you know, a critic.

BM:  How has book criticism changed in the age of social media?

CL: Let me preface my response by saying that while I have the Twitter habits of a crotchety technophobe, my entire (short) critical career has occurred during the age of social media and my opinions are thus wildly speculative. On balance, I suspect social media has changed criticism for the worse. Sure, there’s space now for people from all corners to express hitherto marginalized or underrepresented perspectives, which is wonderful and a dynamic I’ve certainly benefitted from.

But much of the advice I’ve been given as a relatively new critic has suggested that I pitch books to editors that have a certain amount of buzz already—which makes perfect sense, given how the attention economy works, and is also deeply depressing considering what I see as one of a book critic’s most valuable functions: to recognize and champion literary quality no matter how unknown or obscure its source. Now that we’re all drowning in content and our means of sifting through it are largely based on engagement—that is, popularity—I wonder if that doesn’t somehow cancel out the good of having lower barriers to entry. How meritocratic or free is this new, leveled media landscape if it’s still set up to bury worthy but unknown work?

CL: I’m something of a fangirl for Michelle Dean, who is blazingly intelligent and has many smart things to say about topics near to my heart (her book on women critics, Sharp, came out this year, and I have a signed copy sitting on my bedside table). I also admire her versatility—she seems as comfortable spending months reporting true crime stories as she does writing perceptive, surprising essays for the New York Times Magazine as she does reviewing books with more illuminating depth and rigor than many other critics I’ve read. Plus, full disclosure, I fact-checked her once at WIRED and she provided excellent sourcing—a fact-checker’s gold standard for a Good Writer.

Chelsea Leu is a writer and a 2018-2019 NBCC Emerging Critic whose work has appeared in the New York Times, the San Francisco Chronicle, the Los Angeles Review of Books, Electric Literature, The Rumpus, and other publications. Currently, she’s also a research editor at WIRED. @ChelseaLeu