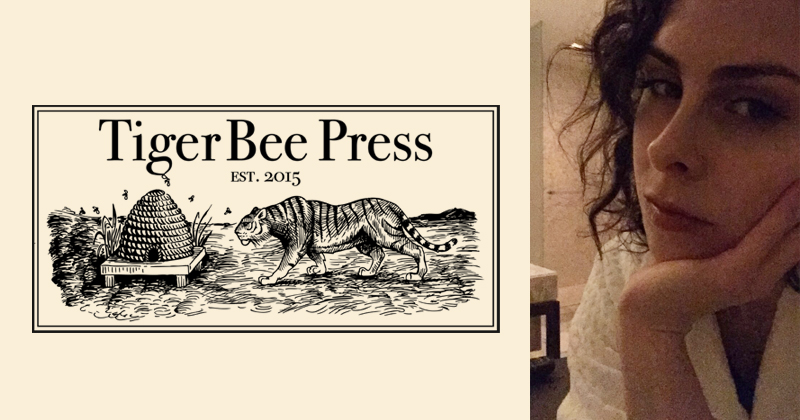 Charlotte Shane on the Fragility of Authors' Egos

The TigerBee Press founder and author of Prostitute Laundry Talks Vivian Gornick, The Incest Diary, and the Problem of the "Book Lobbyist"

This week we spoke to Charlotte Shane—a co-founder of TigerBee Press, author of Prostitute Laundry, and host of the month reading series Bad Advice For Bad Women—whose reviews have appeared in Bookforum, The Nation, and The New Republic.

Charlotte Shane: It definitely doesn’t count as a classic—I don’t think many young people have read it because it’s not talked about much and the title is so off-putting—but I’m semi-obsessed with this feminist book from the seventies, The Mermaid and The Minotaur. I wish I could have tried my hand at helping entrench it in second wave canon. I’m loath to summarize it because I personally prefer coming to books the same way I like coming to movies, with no idea of what they’re about before they start, but Vivian Gornick wrote about it upon its release if you must know more before you commit.

CS: I don’t know if it was unheralded so much as maligned, but The Incest Diary was (is) remarkable. I only regret the writer’s anonymity because I so badly want to fall at her feet in awe. It’s from 2015, but I read Jennifer Doyle’s Campus Sex, Campus Security for the first time last year while deep in one of my semi-regular “what is good writing?”//”can writing matter?” crises, and it restored me.

CS: This question is so sweet—as if anyone thinks about book critics! I don’t know. Maybe that we actually read the books we write about? Just kidding. Although sometimes, when reading a review, one wonders . . .

CS: I suspect everyone’s immediate access to (almost) everyone else has done a lot to valorize the book cheerleader, the person who treats books like they’re the equivalent of vaccines or insulin or something similarly precious and vital. The book lobbyist is not a critic, but there’s a been a blurring of the two roles in what feels like an effort to eliminate the critic entirely. (See: the infamous “no haters” vs. “against smarm” wars of 2013, which I think are still being waged, albeit less explicitly.) Of course some books are precious and vital, but most aren’t, which doesn’t mean they aren’t still valuable, or at least worth a reader’s afternoon. I just don’t believe in treating books like they’re fragile simply because authors’ egos are.

I probably picked up that attitude in academia, where you’re expected to think about defending your writing while you’re creating it, so a certain carefulness is baked in. (And I should mention that I almost exclusively cover non-fiction.) I often appreciate tart, rigorous reviews because they offer the relief of confirmation (i.e. that a book everyone’s showily fawning over has problems worth talking about.) It’s sanity-affirming to know there are others who don’t indiscriminately adore every book a major publisher says we should. If books matter at all, they matter enough to be engaged with thoughtfully, and challenged when appropriate.

CS: Vivian Gornick, obviously. Renata Adler, even more obviously. Jenny Diski and Ellen Willis may not be writing anything new, but their essays remain indispensable. I always trust Christian Lorentzen’s reviews, and I wish Haley Mlotek wrote about books more because I love it when she does. The only criticism I’ve ever read by Patricia Lockwood is this one but it’s too impeccable not to mention. And this claim may seem dubious because of my relationship with them, but Bookforum gets great work out of its contributors, and anyone can verify that for themselves by picking up a copy. Kaitlin Phillips is my favorite.