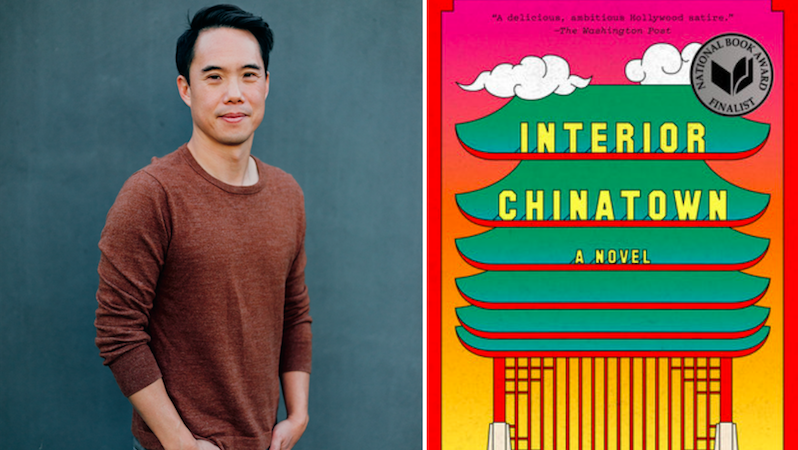 Charles Yu on The Sellout, Station Eleven, and Crime and Punishment

11 rapid-fire book recs from the author of Interior Chinatown

This week, we spoke to the author of Interior Chinatown, Charles Yu.

Charles Yu: 1982 Guinness Book of World Records. It was this chunky paperback. I’m not sure how I got it—I assume one of my parents must have bought it for me. I carried it around and could recite facts from it. It had all the extremes of human achievement and endurance and fingernail length. What other book could you possibly need?

CY: I recently started re-reading Moneyball. I love stories about people going against the grain of conventional wisdom, especially when they’re nerds about it. It’s a sports story that’s actually a business story that’s also a story about preconceptions. Plus, Michael Lewis’s writing is so clear, readable, and highly entertaining.

I often return to 40 Stories by Donald Barthelme and The Age of Wire and String by Ben Marcus when I am trying to write something new. The invention and experimentation in those books really inspires me.

CY: The previous draft of itself. The conversation goes like this:

I was inspired after reading Paul Beatty’s The Sellout, although I’m not sure my book can be said to hold up its end of the conversation.

CY: Code by Charles Petzold. This book starts from the most basic, fundamental concepts—so simple even a tech dummy like me can follow along—and layer by layer, explains how a computer works. Reading it was a long string of a-ha moments, of finally understanding how the black box does such magical things. I’m not sure I could explain it, but I do return to it from time to time, just to refresh my memory.

CY: Sharks in the Time of Saviors by Kawai Strong Washburn and A Burning by Megha Majumdar. I was on a panel with the two of them for the Vancouver Writers’ Festival (moderated by Jen Sookfong Lee), and it was such a treat to read both novels in preparation for the event. One of the many benefits of doing literary events is that it gives me occasion and motivation to read books by my fellow panelists (which I wanted to do anyway—but having a deadline ensures that I do it).

Next up, I’m looking forward to The Cactus League by Emily Nemens, with whom I’ll be on a panel in November for the Portland Book Festival.

CY: Home Remedies by Xuan Juliana Wang. I may be stretching a bit here, as the books was published in May of 2019, but since time froze back in March, I feel like it’s still within the past year. Such a great collection—and I can’t wait to see what she writes next.

CY: I recently gave Middle Men by Jim Gavin as a gift. Every story is so well-written, and the collection as a whole really hangs together.

CY: Crime and Punishment. We read it senior year, in AP English, and our teacher, Mrs. Linehan, taught it so well that I remember being excited to go to class.

CY: The Index of Self-Destructive Acts by Christopher Beha and The Great Offshore Grounds by Vanessa Veselka.

CY: The Blinds by Adam Sternbergh. A town in rural Texas filled with criminals who’ve had their memories altered. A sheriff whose job it is to keep things orderly, which they mostly are, until a suicide and murder shake everything up. It’s a delicious set up for a show, and one I’d gladly pay to see.

And this is already in the works, but I’m very excited to see how the adaptation of Station Eleven turns out. It’s such a brilliant book, and a lot to live up to.

Charles Yu is the author of four books, including the novel How to Live Safely in a Science Fictional Universe (a New York Times Notable Book and a Time magazine best book of the year). He received the National Book Foundation’s 5 Under 35 Award and was nominated for two Writers Guild of America Awards for his work on the HBO series, Westworld. He has also written for shows on FX, AMC, and HBO. His fiction and nonfiction have appeared in The New Yorker, The New York Times, The Atlantic, The Wall Street Journal, and Wired, among other publications. 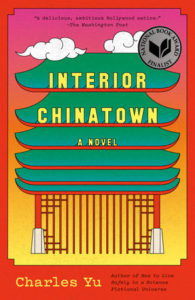