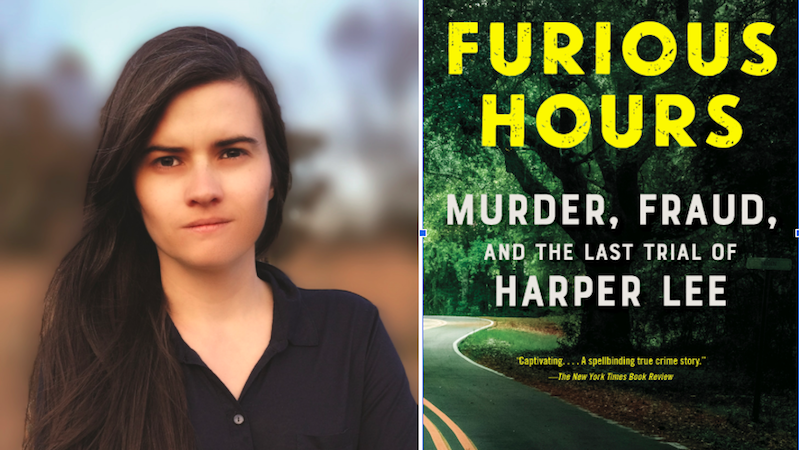 Casey Cep on In Cold Blood, Elizabeth Bishop, and the Bible

10 rapid-fire book recs from the author of Furious Hours

This week, we spoke to the author of Furious Hours: Murder, Fraud, and the Last Trial of Harper Lee, Casey Cep.

Casey Cep: I don’t think I am alone in having encountered the Bible at a very young age. My parents read to us from it, and grandmother told us stories from it the same way she told us stories about her childhood, and we were churchgoers, so I also heard it read regularly in serious and dramatic ways. So that’s probably the first book, or call it book of books, that I can remember loving. Jesus calming a storm, Daniel in the lion’s den, Shadrach and his friends in the fiery furnace: there are so many stories and parables and miracles that figured very prominently in my childhood imagination, and still do.

CC: There are a few poets whose work I return to a lot—Keats, Lowell, Frost, Dickinson—but probably none more than Elizabeth Bishop, so her Complete Poems is almost certainly the book I re-read most often. Lowell says this wonderful thing about her being “the unerring muse who makes the casual perfect,” and it’s certainly true that there are poems of hers that take something ordinary and everyday and transfigure it. “Filling Station” is a fine example of that: you will never think of a begonia the same way again.

CC: To Kill a Mockingbird is the most obvious answer, since the last third of Furious Hours is about Harper Lee—her life as a writer overall, but specifically about a true-crime story that caught her attention years after the publication of her most famous novel. But I think the real answer is In Cold Blood, the true-crime book she helped Capote report in Kansas. I say that because I think questions of epistemology and veracity and structure were all integral to figuring out why Harper Lee could or could not finish her own true-crime book and her feelings about the genre overall.

CC: I can remember finding this little hardback edition of As I Lay Dying in my high school library and thinking it was the strangest thing I had ever read. “My mother is a fish” was an absolutely shocking sentence, and the tiny coffin drawn onto the page—there were so many strange, sort of scandalous-seeming things about the text that made me realize that you could do whatever you wanted with words.

CC: My wife is finishing a new book, and so I have been reading drafts of that—sometimes just a few paragraphs, or small sections, and now that she is nearing the end, the whole of it. It’s a very beautiful book, though curious for me because it is partly a memoir, so she has written a lot about our life together.

CC: I reviewed a remarkable biography last year by the historian Kerri Greenidge called Black Radical: The Life and Times of William Monroe Trotter. I worry it was a little like Trotter himself—ahead of its time. It seems to me to speak to the wave of protests that began sweeping the country after the murder of George Floyd. Trotter edited a newspaper in Boston called the Guardian, and its motto was: “For every right, with all thy might.” I wish more people would read Greenidge’s biography, especially now since there is so much we could learn from it about the fight for equality.

CC: There are a few books I love so much that I always try to pick up spare copies so I can give them away whenever I learn someone hasn’t already read them. Most of them are likely familiar, like Gilead and A Grief Observed and Gift from the Sea, but there is a book about the Chesapeake Bay that I love and try to pass along to anyone who visits us on the Eastern Shore. William Warner’s Beautiful Swimmers is such a loving look at the people who make their living on the water fishing and crabbing and clamming. He was an extraordinary nature writer, and I am always happy to give away that book to people who want to learn more about this part of the world.

CC: I think we underestimate children, in so many ways, but especially when it comes to books. The sorts of things I liked reading as a child were not written exclusively or even primarily for children, and some of the books we consider children’s books, like To Kill a Mockingbird or Huckleberry Finn, are, of course, very complex. They reward attention throughout our lives. But there is a book that was written expressly for families, and marked a turning point in the conception of education for young people—Martin Luther’s Small Catechism. I had to memorize parts of it as a child, and I’ve taught from it over the years. I find it very comforting to return to it now; it’s elemental and familiar, and I like the idea that anything important should be important enough to state clearly.

CC: This is such a young century it seems premature to make any claims about it, but why not: the answer is certainly one of Marilynne Robinson’s novels. I am torn between Gilead and Lila, both of which are very precious to me.

CC: I am forever grateful that a teacher encouraged me to read Narrative of the Life of Frederick Douglass, an American Slave. Douglass was born not far from where I was, and the story of his enslavement remade the geography of the Eastern Shore for me. A beautiful, bucolic place had hidden stories of brutality and violence, and I am thankful for an early education in the ways that history can be obscured. But my teacher also told us something I have tried never to forget: that the past is no different from the present, in that it is full of real people whose lives are as complicated as our own.

Casey Cep is a staff writer at The New Yorker. After graduating from Harvard with a degree in English, she earned an M.Phil in theology at Oxford as a Rhodes Scholar. She lives on the Eastern Shore of Maryland with her family. Furious Hours is her first book. www.caseycep.com 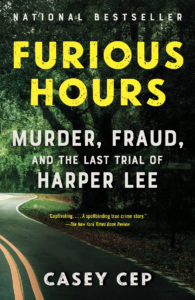