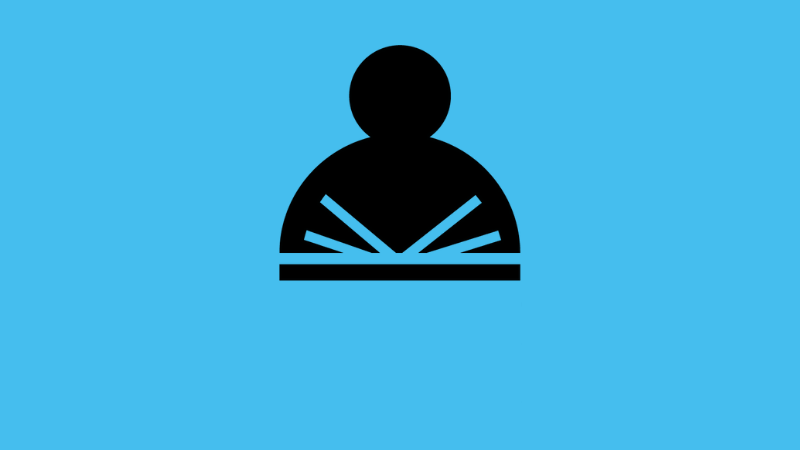 But For a Small Press...

These three beloved contemporary authors may have remained undiscovered 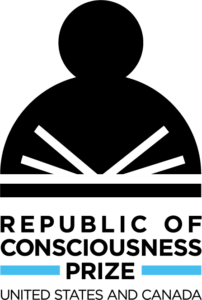 Did you know that some of our most admired contemporary writers were first published by a small press? These authors might be undiscovered today if not for the bold initiative of a small press that took the creative and financial risk to publish that debut novel or story collection.

Over the next few months we want to highlight some of our favorite debuts by authors whose careers were launched by a small press—books that definitely belong on your reading list. 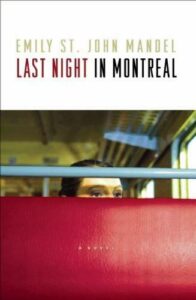 Canadian novelist Emily St. John Mandel, best known for the novels Station Eleven and most recently, The Glass Hotel, populates her books with characters who reinvent themselves—shapeshifters who create new identities by severing ties to home and sliding into worlds very different from those of their birth.

Such is the case with Lilia, the protagonist in Mandel’s debut novel, Last Night in Montreal. Lilia’s childhood is a continuous routine of flight and subterfuge after her beloved father steals the youngster from her mother’s home one night, never to return. Lilia and her father are pursued by Christopher, a private investigator, whose years-long search for the missing girl becomes an obsession. Encouraged by her father Lilia assumes various aliases and frequently alters her appearance as the two drive from town to town, afraid to settle anywhere and always remaining elusive. Years later Lilia lives a seemingly ordinary and quiet life in New York City with her boyfriend Eli until one morning she inexplicably vanishes, leaving Eli no choice but to embark on this own journey in an attempt to find her.

As with her later novels Mandel captivatingly explores the process of becoming someone else, the provocation to transform, and the price it exacts. The lines that define Lila’s present and past, performance and life, memory and invention, blur together until their borders are difficult for her to recognize. Mandel explores how Lilia’s peripatetic life is the physical expression of her restless quest for meaning and identity. Last Night in Montreal is an accomplished debut and delves many of the themes that Mandel imaginatively returns to in very diverse contexts in her later novels. 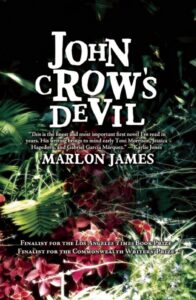 Marlon James’ remarkable debut novel, John Crow’s Devil, depicts a Jamaican village upended by the sudden appearance of a messianic preacher, the “Apostle.” Everyone in Gibbeah knows the local pastor Hector Bligh, “the Rum Preacher,” whose church presides over a community as steeped in religion as it is in magic. But Bligh is a public drunk, and the villagers have lost any respect for him. “So tormented was he by his own sin that he could never convict them of theirs.” When the Apostle arrives, usurping Pastor Bligh and teaching of God’s retribution, nearly all of the villagers rally to him, and stories of the Apostle’s miracles spread throughout the community, precipitating a cult of personality. However one of the villagers, Mary, takes in the disgraced Pastor Bligh, demonstrating a Christian grace that stands in sharp relief to the Apostle’s call for brutal, public lashings of Bligh and all whom he identifies as transgressors.

Gibbeah’s villagers, like characters throughout James’ novels, undergo crises of conscience arising from their desire to belong. In John Crow’s Devil the author explores how this need shifts the community’s axis of morality as each member is forced to determine whether to subsume her personal conviction to the collective will of the Apostle and his followers. This debut introduces readers to James’ layered, Faulknerian style of narration and Patios-infused speech, talents that he also uses to extraordinary effect in his later novels, such as A Brief History of Seven Killings, and Black Leopard, Red Wolf. 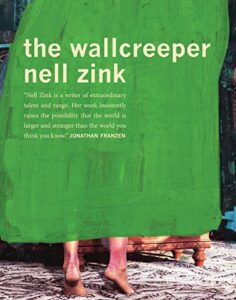 The Wallcreeper by Nell Zink
(Dorothy, a Publishing Project, 2014)

It’s said that author Jonathan Franzen discovered Nell Zink. Nonetheless a tiny press, Dorothy, a publishing project, gets all of the credit for taking a chance with the publication of her quirky, debut, The Wallcreeper. Tiffany narrates the story of her unconventional marriage to Stephen, an egoist and obsessive bird watcher. The couple marry and immediately move to in Switzerland where Stephen takes an R&D job at a pharmaceutical company. Stephen’s life is directed by his impulses—he abruptly leaves home on weeks-long birding expeditions, has affairs, quits his job, and becomes an environmental crusader. Meanwhile Tiffany surrenders to any and all of Stephen’s whims. “I couldn’t come up with a step that I’d taken in life for my own sake…I’d done all kinds of things, all of them with the aim of staying close to a man. It hadn’t occurred to me to be ashamed of myself.”

Tiffany, like many of Zink’s young women, is almost totally devoid of sentimentality. She’s funny, irreverent, honest, and personifies a theme that Zink explores in each of her novels—uncovering self-worth by living life with intention. Zink places her female protagonists in unusual relationships and circumstances that magnify the absurdity of many of our preconceived notions and biases. In The Wallcreeper many of these traits are reflected in the traits and habitats of the bird species that Tiffany and Stephen pursue. With Zink it’s always a weird and humorous ride, one in beautiful defiance of the typical dysfunctional family novel. 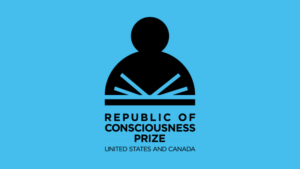 Originally published on the Republic of Consciousness Prize blog