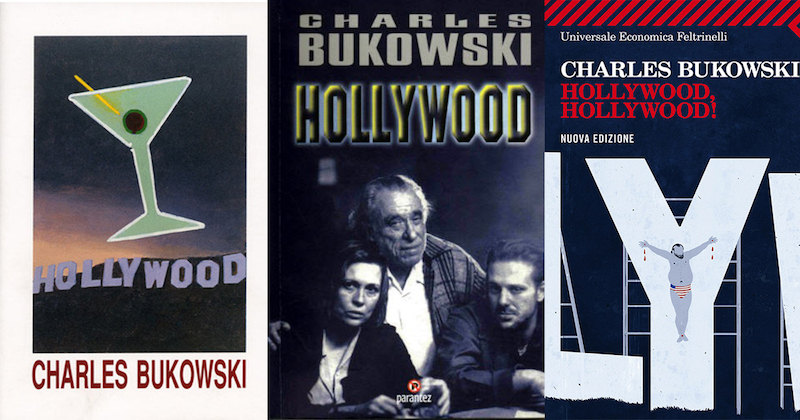 Bukowski's Hollywood and the theater of the grotesque 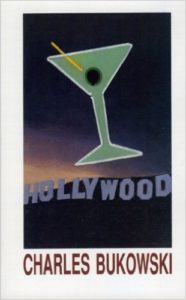 “Charles Bukowski, West Coast poet and patron saint of drinking writers, or writing drinkers, author of the screenplay for the movie Barfly, has written a classic in the take-the-money-and-don’t-run category of Hollywood fiction. This is the genre wherein Real Writers who have been seduced into screenwriting (than which nothing is more lowercase) live to tell all shamelessly.

The difference between Mr. Bukowski and other literary avengers is that he is neither a martyr nor a fallen angel. In Hollywood, he surveys the absurdities of the passing scene with the complicitous eye of a cast member in the theater of the grotesque, and has no delusions that he can fall any lower in life than a short drop off a barstool. Of course, the image of himself as a drunk who sleeps till noon and practices craft, not art, is itself a theatrical feint, the hipster’s mask for his softness, the ballet dancer pretending to be a boxer, the writer cunningly demoting himself as someone who hits ‘the typer.’ 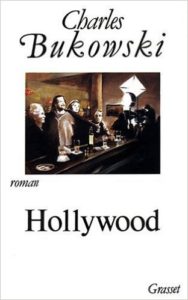 “The lower the stakes, the more frenzied the power struggles … and the more often the word ‘genius’ is thrown around. Chinaski, the drinking-gambling-typing persona that runs through Mr. Bukowski’s writing, refuses to be impressed by hyped-up art house deities such as Wenner Zergog and Jon-Luc Modard. Need I say, this is fiction disguised thinly enough for even non-cinephiles to see through the pseudonyms.

The clipped phrases and deadpan style recall the hard-boiled affectations of literary drunkards such as Hemingway and Hammett. In Chinaski’s presence, Jon-Luc, who has never said more than a sentence at a time, opens up. About him: ‘Jon-Luc was on a roll. I no longer understood what he was saying. I saw lips moving. He was not unpleasant, he was just there. He needed a shave. And. . . .’ A haze of alcohol always descends in time to rescue Chinaski from having to listen too closely to what goes on below the surface of his own or other people’s lives. It is also, one comes to realize, a protection from his own acute vision. Anyone who sees life this clearly needs something to cloud his lens. 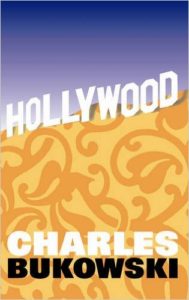 “Bukowski-Chinaski watches the filming of Jack Bledsoe-Mickey Rourke-Chinaski and feels pangs of envy and yearning for his younger self, yet the real hero is this 67-year-old man on the sidelines, whose brain and liver have survived 40 years of strenuous – if intermittent -alcoholism. He talks a tough game, but there’s a wide streak of fellow feeling – for sagging, used-up women, for gamblers, for professionals. For the flotsam and jetsam. His wife, Sarah, is more than a supporting player: she gets her share of good lines and, as the one responsible for getting him off meat and hard liquor (thus adding 10 years to his life), comes off as an unlikely combination of drinking companion, drinking conscience, straight talker, muse and nursemaid.

Where women are concerned – and women, for him, are always a concern – Hollywood shows Mr. Bukowski as a more sympathetic figure than in his earlier, no less fiendishly observant Post Office, a comic horror story about his 12-year stint as a mailman. Beneath the bravura appetite for female flesh that runs through the stories and poems is a fierce struggle: theirs to seize and capture his pure male essence, his to keep it and move on.”