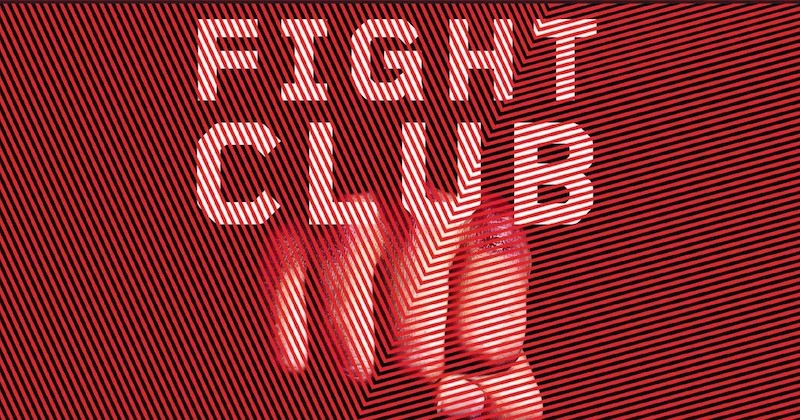 The first reviews of Paulahniuk's debut novel, which one critic called "gen X's most articulate assault yet on baby-boomer sensibilities" 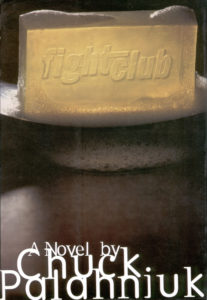 I don’t want to die without any scars.

“A volatile, brilliantly creepy satirefilled with esoteric tips for causing destruction, Fight Club marks Chuck Palahniuk’s debut as a novelist. Ever wonder how to pollute a plumbing system with red dye, or inject an ATM machine with axle grease or vanilla pudding? Along with instructions for executing such quirky acts of urban terrorism, Fight Club offers diabolically sharp and funny writing. The novel’s unnamed 30-year-old narrator is a chronic insomniac who lives in an unnamed city, works as a ‘recall campaign coordinator’ for an auto maker and suffers from a pervasive sense of anomie. To raise his spirits and help him sleep, he attends support groups for the seriously ill. At a testicular-cancer meeting, he meets Marla Singer, a ‘faker’ like himself who is ‘lost inside.’ In Marla’s presence, the narrator loses his ability to ‘hit bottom’ and ‘be saved,’ so he seeks out a new release. He finds ‘service industry terrorist’ Tyler Durden, who splices sex-organ scenes into G-rated films and commits atrocities against food in an upscale hotel. Upping the ante, the narrator and Tyler form a club where young men beat each other into comas. Fueled by a nihilistic fervor and financed by a soap-making operation that uses fat culled from liposuction, the Fight Club grows into an anarchic cult set on destroying society through terrorist acts. Palahniuk’s staccato sentences and one-sentence paragraphs convey a sense of instability; his constant repetition—’nothing is static,’ ‘everything is falling apart’—achieves a sectlike brainwashing effect. By the time the narrator begins to grasp the true depth of Tyler’s perversity, it is too late to save himself. But eventually, through an act of self-effacement, he finds, if not peace, at least a refuge.” 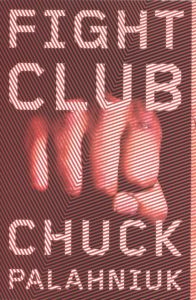 “In the world of Fight Club, healthy young people go to meetings of cancer support groups because only there can they find human warmth and compassion. It’s a world where young men gather in the basements of bars to fight strangers ‘just as long as they have to.’ And it’s a world where ‘nobody cared if he lived or died, and the feeling was fucking mutual.’ Messianic nihilist Tyler Durden is the inventor of Fight Club. Soon thousands of young men across the country are reporting to their work cubes with flattened noses, blackened eyes, and shattered teeth, looking forward to their next bare-knuckle maiming. The oracular, increasingly mysterious Durden then begins to harness the despair, alienation, and violence he sees so clearly into complete anarchy. Every generation frightens and unnerves its parents, and Palahniuk’s first novel is gen X’s most articulate assault yet on baby-boomer sensibilities. This is a dark and disturbing book that dials directly into youthful angst and will likely horrify the parents of teens and twentysomethings. It’s also a powerful, and possibly brilliant, first novel.” 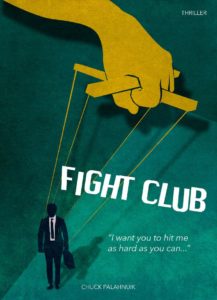 Palahniuk’s insomniac narrator, a drone who works as a product recall coordinator, spends his free time crashing support groups for the dying. But his after-hours life changes for the weirder when he hooks up with Tyler Durden, a waiter and projectionist with plans to screw up the world—he’s a ‘guerilla terrorist of the service industry.’ ‘Project Mayhem’ seems taken from a page in The Anarchist Cookbook and starts small: Durden splices subliminal scenes of porno into family films and he spits into customers’ soup. Things take off, though, when he begins the fight club—a gruesome late-night sport in which men beat each other up as partial initiation into Durden’s bigger scheme: a supersecret strike group to carry out his wilder ideas. Durden finances his scheme with a soap-making business that secretly steals its main ingredient–the fat sucked from liposuction. Durden’s cultlike groups spread like wildfire, his followers recognizable by their open wounds and scars. Seeking oblivion and self-destruction, the leader preaches anarchist fundamentalism: ‘Losing all hope was freedom,’ and ‘Everything is falling apart’—all of which is just his desperate attempt to get God’s attention. As the narrator begins to reject Durden’s revolution, he starts to realize that the legendary lunatic is just himself, or the part of himself that takes over when he falls asleep. Though he lands in heaven, which closely resembles a psycho ward, the narrator/Durden lives on in his flourishing clubs.

This brilliant bit of nihilism succeeds where so many self-described transgressive novels do not: It’s dangerous because it’s so compelling.” 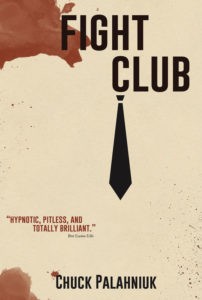 “Featuring soap made from human fat, waiters at high-class restaurants who do unmentionable things to soup and an underground organization dedicated to inflicting a violent anarchy upon the land, Palahniuk’s apocalyptic first novel is clearly not for the faint of heart. The unnamed (and extremely unreliable) narrator, who makes his living investigating accidents for a car company in order to assess their liability, is combating insomnia and a general sense of anomie by attending a steady series of support-group meetings for the grievously ill, at one of which (testicular cancer) he meets a young woman named Marla. She and the narrator get into a love triangle of sorts with Tyler Durden, a mysterious and gleefully destructive young man with whom the narrator starts a fight club, a secret society that offers young professionals the chance to beat one another to a bloody pulp. Mayhem ensues, beginning with the narrator’s condo exploding and culminating with a terrorist attack on the world’s tallest building. Writing in an ironic deadpan and including something to offend everyone, Palahniuk is a risky writer who takes chances galore, especially with a particularly bizarre plot twist he throws in late in the book. Caustic, outrageous, bleakly funny, violent and always unsettling, Palahniuk’s utterly original creation will make even the most jaded reader sit up and take notice.”