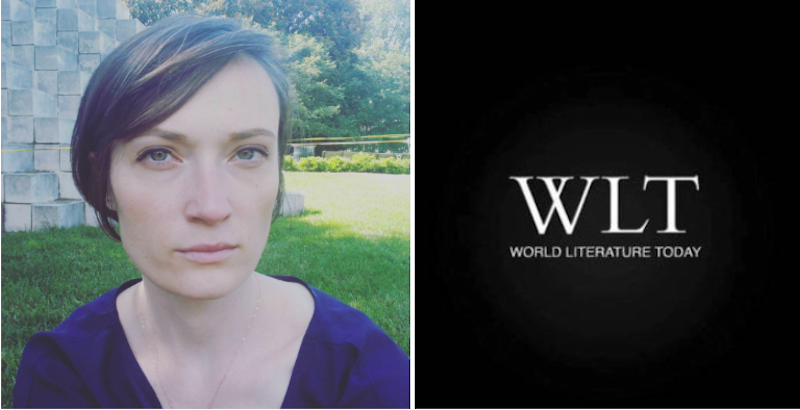 This week we spoke to Washington, D.C.-based writer and critic Bridey Heing. 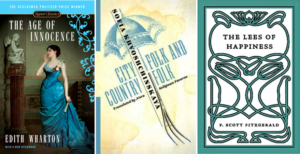 Bridey Heing: I gave this question a lot of thought, and I was surprised by what kept coming to mind. One was The Age of Innocence by Edith Wharton. I read it for the first time a few years ago and devoured it, so I’d imagine reading it in 1920 would have been fascinating. The other was Fitzgerald’s The Lees of Happiness, which I’d love to write about now, too. It feels so much more romantic and heartbreaking than some of his better known works.

BH: City Folk and Country Folk by Sofia Khvoshchinskaya was translated into English for the first time by Nora Seligman Favorov, and I wish it had received more attention. I’m very interested in the place of women in world literature, and bringing Khvoshchinskaya into the English-reading world’s understanding of 19th century Russian literature adds a new perspective to one of the most well-respected boys’ clubs in the field. We’re at such an interesting and exciting time when it comes to reviving forgotten women’s voices, so I hope that curiosity extends to works in translation.

BH: I never thought I’d end up being a writer or a critic, so I always like to think back on my own misconceptions about the field and what this work meant before I got into it myself. I had these ideas about what being a book critic meant that were rooted in this very elite image of someone who just read all day and pondered and produced these exquisite, original ideas without any significant effort.

Now that I actually do this, I like to joke that getting into the business was like pulling back the curtain on the Wizard of Oz. Yes, I read, think, and write—but I’m a freelancer, like a lot of people who write criticism, and this is a job, not some romantic hobby. Learning the ins-and-outs and seeing how much work and editing and time goes into a really great piece has made me so much more appreciative of criticism as a genre, and has made me feel so lucky to be able to work in this space. And just in case someone thinks the way I did about what being a critic is, and thinks not fitting that mould precludes you from becoming a critic, don’t fall into that trap and talk yourself out of giving it a shot.

BH: I’ve only written criticism in the age of social media, so I don’t have much insight in terms of the genre or how we talk about it in the larger cultural space. But I will say that as a freelancer, the community of critics and writers that social media has made it possible to create has been life-changing. I don’t live in New York or move in social circles made up of literary figures, so being able to get on Twitter and be part of the conversation, know the jokes, tap into what’s going on—that’s invaluable. I imagine I’d feel like a little island without social media, rather than the well-connected archipelago of which my own little island is currently a part.

BH: I’m not sure how many of the people I’m about to name actually consider themselves critics, but they are my guiding lights when it comes to culture. Jia Tolentino is brilliant and hilarious, and I’m sure she’ll be considered one of our generation’s great critics. I also love Rachel Vorona Cote, Nicole Chung, Joanna Scutts, Roxane Gay, Tayla Burney, Alana Massey, and Rebecca Solnit. I love what they write, I love how they think, and I love that I’m lucky enough to have them to look to as role models.

Bridey Heing is a freelance writer and critic based in Washington, DC. You can find her at brideyheing.com or on Twitter @bridey_heing.