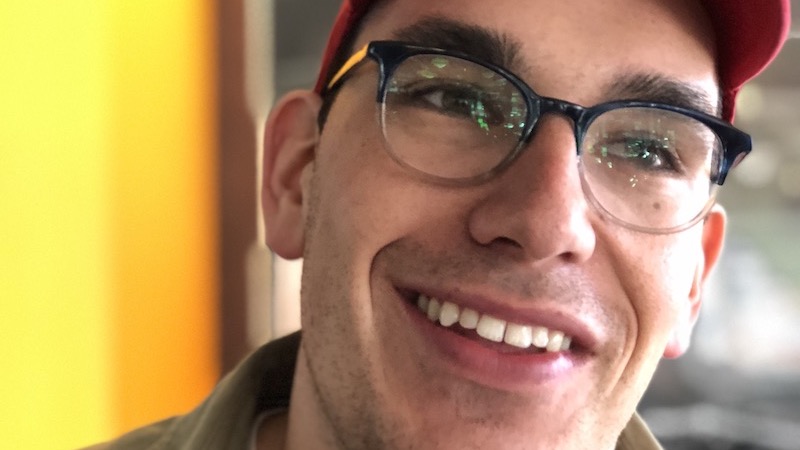 Bradley Babendir on Marilynne Robinson, Zinzi Clemmons, and the Economics of Writing

"Social media and the internet have been instrumental in destroying the economics of writing, which is a pretty big downside, but I'll take what I can get."

This week we spoke to writer and critic Bradley Babendir 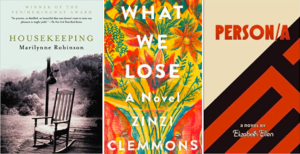 Bradley Babendir: Housekeeping by Marilynne Robinson. This is partially because it would have been such a privilege to come to that book knowing nothing about it and partially because the book, at least to me, has a “you have to read it to believe it” quality and those books are always rewarding to write about. It has one of the best opening chapters in literature, which covers a huge amount of time and moves super quickly and that’s contrasted against the rest of the book which has a more deliberate pace. There are so many fascinating choices that Robinson makes throughout Housekeeping. It is not my favorite book but it is the one that I think about the most. On top of that, it was a book that a lot of people in my MFA program disagreed about, which makes me think it wold have been great to engage with at the time of its release.

BB: Person/a by Elizabeth Ellen, from Short Flight/Long Drive Books, is one of the most fascinating books I’ve ever read and though it had some traction in certain literary twitter spaces, overall it received a lot less attention than it deserved. I understand why, to a certain extent. Long, experimental novels from small presses don’t usually get everyone’s attention, but Person/a is such an interesting formal exercise. It’s a work of autofiction, but it’s got a much rougher edge than most in the genre, and it goes really deep into what it means to be heartbroken and struggling emotionally and trying to write and have a family. I couldn’t put it down.

Another book I’ll mention, if I may cheat the number, is What We Lose by Zinzi Clemmons. It got reviewed in most of the big outlets but to me it felt like it should have also been in the running for every major award and list at the end of the year and that didn’t materialize. It’s got a interesting, vignetted structure and she brings in elements of reportage and history that really round out the book. The way that Clemmons writes about family is powerful and she’s also writes about oppression and legacies of historic oppression so well.

BB: The majority of readers probably don’t think about how most critics are freelance writers and how that shapes what we write about. Every so often there are big essays written about how book culture nowadays is too nice. Most are bad (but this one by Becca Schuh is very good). I think many of them miss the fact that critics, or at least freelance critics, are mostly picking books themselves and not being assigned them by editors. Most are trying their best to pick a book about which they’ll have something interesting to say, which tends to mean that there is something appealing about it to them. Maybe this is just me, but when I’m looking through catalogs and noting what seems worth writing about, it can be hard to distinguish between those worthy of closer examination and those which are just boring or bad. Seeing as book criticism is a means of income for me, it’s a big risk to pitch a book to an editor if it’s possible that I’ll read it and find I have nothing interesting to say about it. So, I end up writing mostly positive reviews. What I’m saying is that the economics of writing about books are not particularly good and one of the results of that, indirectly, is more positive reviews.

It’s also true, obviously, that there are editors who are not interested in a review that is worse than mixed, and for some of them that is an ideological stance that, at least to me, seems coherent. It’s also an economic consideration for some. They only have so much cash to pay for reviews and they see the positive ones as most useful to their readership, which also makes sense. But in any case, I feel like a lot of the responsibility for this falls on critics when there are structural things going on that should also be discussed.

BB: One thing it’s done is to make places like Electric Literature, The Rumpus, Los Angeles Review of Books possible. The editors who gave me my first chances are at those publications, and so there’s a way in which I owe any success I’ve had to them, and to social media by extension. I also think it has greatly expanded the way that people talk about books and write about books. A tweet and a review on Goodreads or an instagram photo of a book are all different ways of participating in literary culture. An idea that’s always been appealing to me is Marianne Moore’s argument that curating and editing is a form of criticism and so in that sense, in a small way, those disciplines are engaging with a critical culture too. Writing essays that are edited and published elsewhere is a more substantial, more traditional practice but hopefully social media has demystified it in some way and let more people into the conversation.

That’s a rosier view. Social media and the internet have been instrumental in destroying the economics of writing, which is a pretty big downside, but I’ll take what I can get.

BB: There are so many I admire: Jia Tolentino’s writing about books is so curious and insightful, Jo Livingstone is always writing about really interesting books and she’s incisive. Parul Seghal writes with a clarity that I aspire to every time I sit down. I think Nathan Goldman is a great example of someone with a deep knowledge of his subject matter and I feel like a genius whenever I finish reading his pieces. Lauren Oyler is marvelous too. Pankaj Mishra’s criticism is always eye-opening for me as well.

Bradley Babendir is a writer currently living in Boston. His work can be found The Nation, The New Republic, The New Inquiry, Minneapolis Star Tribune, Los Angeles Review of Books, and elsewhere. He is working on a novel.