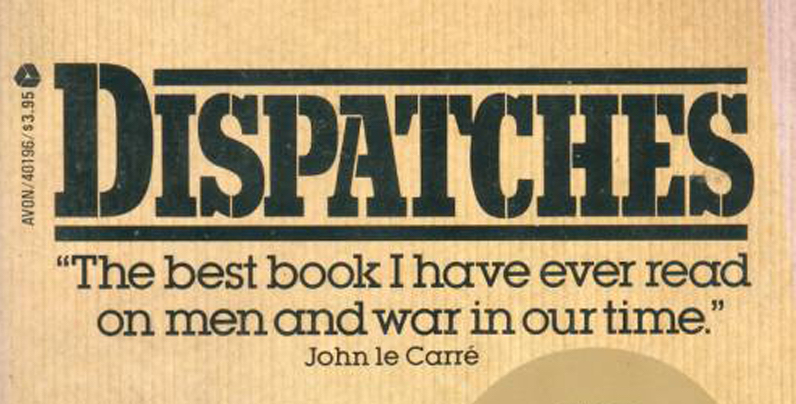 "Between the music and the drugs, there is only horror"

On the 40th anniversary of its publication, we look back on Michael Herr's harrowing work of war journalism 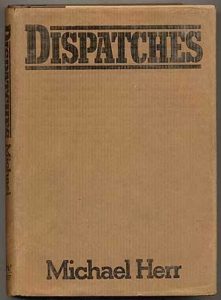 We took space back quickly, expensively, with total panic and close to maximum brutality.

Our machine was devastating. And versatile.

It could do everything but stop

“If you think you don’t want to read any more about Vietnam, you are wrong. Dispatches is beyond politics,. beyond rhetoric, beyond ‘pacification’ and body counts and the ‘psychotic vaudeville’ of Saigon press briefings. Its materials are fear and death, hallucination and the burning of souls. It is as if Dante had gone to hell with a cassette recording of Jimi Hendrix and a pocketful of pills: our first rock and?roll war, stoned murder.

We are told almost nothing about Michael Herr except that he went to Vietnam as a reporter in 1967 and that parts of this book appeared in Esquire, New American Review and Rolling Stone. He went to watch. Of himself and the other reporters who watched with him, he remarks: ‘We got out and became like everyone else who has been through a war changed, enlarged and (some things are expensive to say) incomplete… A few extreme cases felt that the experience there had been a glorious one, while most of us felt that it had been merely wonderful. I think Vietnam was what we had instead of happy childhoods.’

What does he mean? How can he talk this way? Because he refuses to lie. His feelings are a mixture of love and disgust, of the ‘miserable?joyous.’ On the Marines: ‘They got savaged a lot and softened a lot, their secret brutalized them and darkened them and very often it made them beautiful. It took no age, seasoning or education to make them know exactly where true violence resided. And they were killers. Of course they were; what would anyone expect them to be? It absorbed them, inhabited them, made them strong in the way that victims are strong, filled them with the twin obsessions of Death and Peace…’ 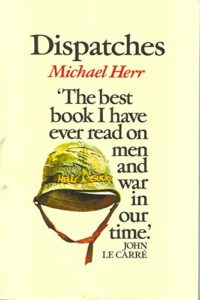 “Yet the ‘death?spaced grunts,’ ‘so innocent and violent, so sweet and brutal,’ who ‘were my guns, and I let them do it,’ scare him. They’ve gone round a bend; between the music and the drugs, there is only horror: ‘These were the faces of boys whose whole lives seemed to have backed up on them, they’d be a few feet away but they’d be looking back at you over a distance you knew you’d never really cross.’ He is reminded of faces at a rock concert: ‘locked in, the event had them.’

And he is afraid of himself as well as for himself, of getting ‘high on war,’ under fire, ‘reaching in at the point of calm and springing all the joy and all the dread ever known, ever known by everyone who ever lived, unutterable in its speeding brilliance, touching all the edges and then passing, as though it had all been controlled from outside, by a god or by the moon.’

Then, afterward: ‘so empty of everything but being alive that you couldn’t recall any of it, except to know that it was like something else you had felt once before. It remained obscure for a long time, but after enough times the memory took shape and substance and finally revealed itself one afternoon during the breaking off of a firefight. It was the feeling you’d had when you were much, much younger and undressing a girl for the first time.’ 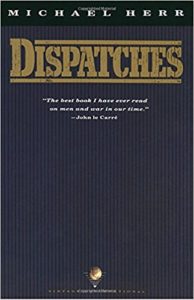 A black paratrooper with the 101st glides by and says, ‘I been scaled man, I’m smooth now.’ Mr. Herr is left to wonder ‘not what he meant (that was easy), but where he’d been to get his language.’ Where did Mr. Herr go to get his language? To a Vietnam inside. It seems to me that “Dispatches” is a certain kind of reporting come of age—that is, achieving literature. It is the reporting of the 1960’s at last addressing itself to great human issues, subjective, painfully honest, scaled of abstractions down to the viscera, the violence and the sexuality understood and transcended. Stunning.

Much of this language cannot, of course, be quoted in a family newspaper. If Dispatches were a movie, it would be X?rated, unlike our wars, where all the children are allowed in free while their parents hide on the other side of the ocean.”