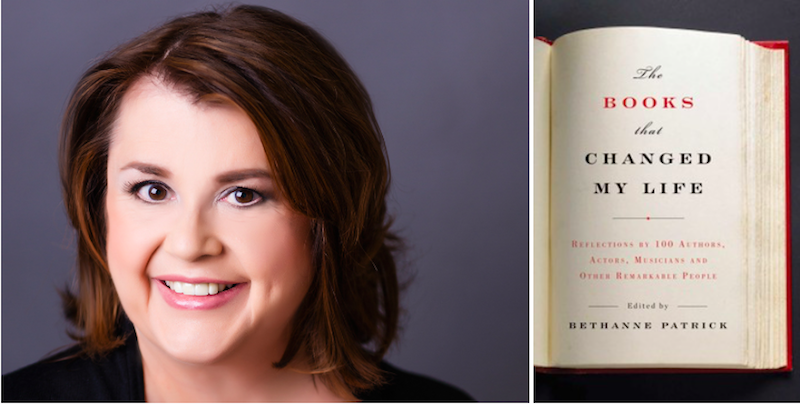 Bethanne Patrick on A Passage to India, Experimental Fiction, and Female Book Critics

This week we spoke to author, critic, and editor Bethanne Patrick aka The Book Maven.

Bethanne Patrick: What a delicious question for a critic to answer. . . I have a few titles vying for the top spot, but after some hard thinking I believe it would have to be E.M. Forster’s A Passage to India, which edges the others out due to its consideration of “the other.” So many “classic” books are products of their time and context, which isn’t necessarily a bad thing—who wants to give up The House of Mirth or Sons and Lovers? But Forster experienced and understood the sea change that was the waning of the British Raj and the movement for Indian independence. Instead of writing a HuffPo opinion piece (joke, I’m joking), he transformed his observations and views into a powerful piece of art that has withstood the test of time, seeing as it is on more than one 100 Best Novels of All Time list.

To have read Passage for the first time again and to be assigned its review would be interesting. Would I see its force? I think so, because the book’s symbolism is both clear, and mystical. Those Marabar Caves! There’s no question that Forster gets things wrong about South Asia and South Asians, and if I were reviewing the book back in its day I wonder if I’d get things wrong, too. Would I understand Miss Quested’s questing, but extremely limited, feminism? How would I characterize Dr. Aziz? Not to mention the political context. If I were reviewing this novel in 1924, would I have been forward-thinking enough to realize it was a book about how the sins of colonialism are visited upon its subjects, but also poison its perpetrators to such an extent that they cannot live free, true lives either?

BP: “Unheralded” is a great term. Some books do get critical accolades but never awards, and the one that leaps out from 2017 for me is A Loving, Faithful Animal by Josephine Rowe from Catapult. I’m not even sure I have anything to say about it that surpasses what Samantha Harvey (oh the great, great Samantha Harvey, whose Dear Thief will remain in my head for decades) wrote in the NYTBR: “I found myself considering those rare things only books can do, feats outside the purview of film or fine art.” Like other experimental books this past year (Reservoir 13, Fever Dream, Human Acts, oh so many others), Rowe’s reminded me that the best way to create art is often by abandoning everyone else’s way to create art. Yet this novel is completely accessible, completely there for the reader, not some ego-driven puzzle box.

BP: That we’re unnecessary and irrelevant. The problem isn’t actually unnecessary and irrelevant critics; it’s unnecessary and irrelevant forms of criticism. If people don’t want to read book reports, don’t give them book reports: Give them useful lists. Give them long essays they can dive into. Give them podcasts with unusual perspectives. And so on. But we still need people who read widely AND deeply; some book bloggers do (and I came up with the best of them: Carolyn Kellogg, Maud Newton, Ron Hogan, Mark Sarvas), but very few amateur readers can. We still need critics (and criticism) that consider the whole of an author’s work, understand trends and movements, have passion in finding overlooked books and authors (hmmm, I may have a little bias on that last one. . .).

BP: See Above. And: Criticism of all sorts has more to cope with than ever before. Forget about picking up a book, reading it, and dashing off your opinion. You’d better know about the author’s other books, her background, her publisher and editor and agent and maybe even her favorite coffee shop. OK, I kid, but just a little—after all, one of the ways book criticism has changed in the age of social media is that critics, who once eschewed any contact with authors, often find themselves tweeting jocularly with hundreds or even thousands of them. As I’ve said in other venues, this has long been the status quo in the UK, where everyone in publishing knows everybody else, but for the North American book critic, a fragile species, knowing how many parties and lunches you can attend without being seen as a publicist’s darling can be a challenge—especially because parties and lunches are often the best time to network and sometimes the only occasions when full-time writers/critics get to leave the house!

That said, social media also allows critics to disseminate our work to different and much-bigger audiences than ever before. In a world of dwindling book sections and book reviews, that’s a great thing. Linkage lets that work live for a long time, too. Another of my oft-repeated chestnuts is that a critic isn’t just writing for today’s audience; a critic is part of a cultural conversation that, in the best cases, outlives us all. Social- and digital-media resources, used judiciously, allow us critics to go deeper. Always a good thing. But set a timer for that internet use!

BP: That is like asking Carrie Bradshaw to choose her favorite pair of shoes! Some critics make you laugh, others make you cry, others make you furious that you can’t write as well as they do. Can I give a shout-out to the late, superb Carolyn See? I never missed her pithy, blunt reviews in The Washington Post. Patricia Lockwood’s been reviewing for The London Review of Books and I like her freewheeling takes on novels as much as I did her hilarious memoir Priestdaddy. Ruth Franklin in The Atlantic. My colleague Lisa Levy’s smart mystery/thriller reviews for Lit Hub. Laura Miller in Salon. Did I mention Ron Charles? Because he’s often my editor, so HEY RON! However, notice everyone else I mentioned happens to be a woman. I’d like to see more and more women, especially more and more diverse women, writing book criticism.

Bethanne Patrick, one of Flavorwire’s “35 Writers Who Run the Literary Internet,” is a contributing editor to Lit Hub and a board member of the National Book Critics Circle. Her reviews appear frequently in The Washington Post, NPR Books, The LA Times, and others. She tweets @TheBookMaven and is currently writing a memoir for The Counterpoint Press.