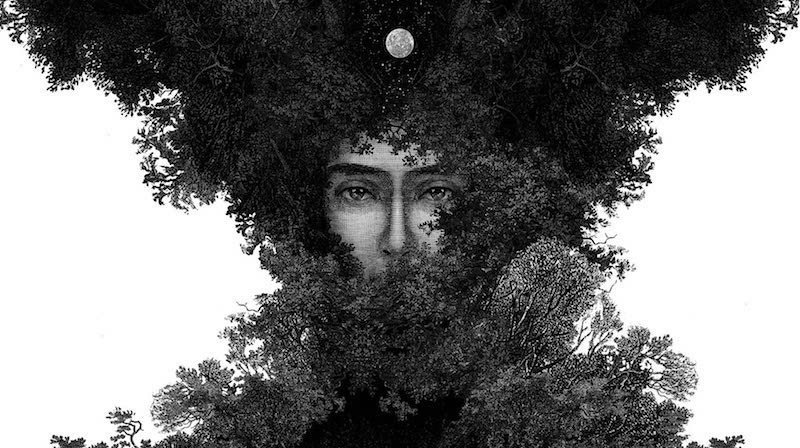 Ugh, it’s August. Apologies if you like August, but for me, this is the point in summer I’m caught in a state of flux between wanting to be OUT while it’s warm, and wanting to stay IN with my books and my air conditioning. (Especially given the past year, I should probably go out while it’s still safe-ish to be around people, right?) But, but books. There are so many, all crying out to be read. Maybe I’ll spend August reading in a park, a few feet away from everyone, and just lean into feeling that I’m going to melt. Don’t let my annual my schadenaugustfreude detract from the glorious books that are hitting shelves this month! Read on for: dispatches from one of the 20th Century’s greatest writers, a tense trip to the International Space Station, craft advice from a modern SFF icon, an ode to the slasher film, and two (two!) books that delve into the unsettling possibilities of the future.

How did I miss the collection of Shirley Jackson’s letters??? Apologies, readers, for I have let you down—somehow I left this book out of last month’s round up! This volume was edited by Jackson’s son, Laurence Jackson Hyman, and collects 30 years’ worth of unpublished letters. While Jackson never wrote an autobiography, the letters span her life from college all the way up to the week before her untimely death. In addition to being one of the best writers of the 20thCentury, Jackson was a mother to four very active kids, and a member of a small community in Vermont that didn’t always understand their eccentric local author. Her letters show us the texture of her home life and her attempts to balance her family’s needs with her writing. They also chart the progress of her work, as she drops in mentions of stories and books that are slotted in around doctor’s appointments, holidays, and faculty parties, and, as always with Jackson, they are darkly, constantly, hilarious.

Something New Under the Sun by Alexandra Kleeman
(Hogarth, Aug 3)

Is there anything as immediately fraught as the topic of A Writer in Hollywood? Well, yes, plenty of things, but Writers in Hollywood are a pretty reliable storytelling loam. In her latest novel, Kleeman gives us Patrick, a writer who is successful, in that his latest novel, a mediation on death and grief, is being adapted for film, but profoundly unsuccessful, in that he’s agreed to leave the East Coast to work on the production.

As the novel unfolds, Patrick learns that the film adaptation is not exactly honoring the source material. Worse, he’s expected to babysit the Cassidy Carter, former child star of Kassi Keene: Kid Detective, and, unfortunately, current star of the movie that was supposed to be about grieving his father’s death. But worst of all is that California’s turning out to be something of a near-future dystopia. Everyone drinks a synthetic substance called WAT-R because all real, actual water is gone, people are coming down with a weird new form of dementia, but then they’re spirited away in mysterious green vans. As Patrick and Cassidy become unlikely allies, they come to believe that there’s a conspiracy afoot in the Golden State…and that its somehow connected to Cassidy’s old show. 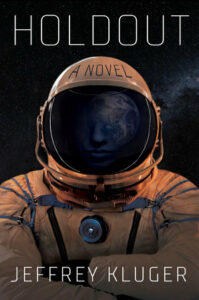 After writing four books on real-life space exploration (including Lost Moon, the book that inspired the film Apollo 13), Kluger’s new, fictional work mines his past research to create a tense story set on the International Space Station.

When a resupply ship crashes into the ISS, the astronauts spring into emergency evacuation mode—except Walli Beckwith. Walli sees the accident as an opportunity to use the ISS for a new purpose. Her niece is working with a medical group in the Amazon, and Walli knows that the hyper-capitalist Brazilian president is planning a horrific ethnic cleansing of the Indigenous people of the rainforest. Now, with the ISS cameras at her disposal, she has a tiny, slim chance to document the destruction and alert people back home. This puts her at odds with the U.S. president, who would love to let his Brazilian counterpart ravage the Amazon, and soon there’s a pitched battle between the information coming down from a lone woman in space, and the world leaders who want unchecked power on Earth. 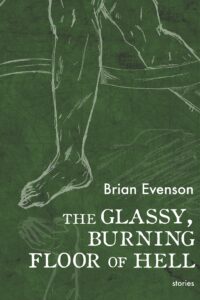 A new book from Brian Evenson is always a call for celebration and terror. And in his latest work of literary horror, it sounds like he’s giving us his scariest tale yet—a realistic look at a post-climate collapse future!

Much like Matt Bell’s epic Appleseed, Evenson drops his readers into a world that has been ravaged by human, er, progress. But since this is a short story collection, he’s able to dip in and out of a variety of different post-Anthropocene scenarios for maximum horror. His characters grapple with such nightmares as a sentient, murderous prosthetic leg; the frightening self-help seminar featured in the title story; and a devilish card game. The novella “To Breathe the Air” blends horror and sci-fi as a scientist’s son sets out to explore the toxic land beyond his community, and finds not only unbreathable air, but all the creatures who have adapted to live in the hellscape left by humans. 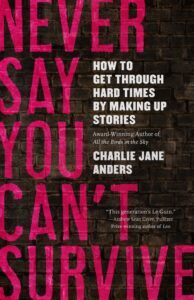 In addition to her award-winning writing career, Charlie Jane Anders has long been dispensing excellent writing advice on io9 and Tor.com. Now she’s publishing her first full book on craft, and it has a very specific, and unique, angle.

Rather than focusing on memoir, or writing exercises, or anecdotes from workshops, Anders explores the way storytelling can provide a lifeline during a murderous time. And to be clear, while Anders is very pro-reader, she’s not just talking about telling stories to help a reader see themselves in literature, or feel hope for the future. Anders’ main interest is in how writing provides a path for the writer themselves as they fight to survive, say, a terrifying political regime, or a global pandemic. She guides the reader through imposter syndrome, finding their own unique voice, and most, important, how to learn to value escapism and creativity in a culture that tells you it isn’t a necessary part of the human experience. 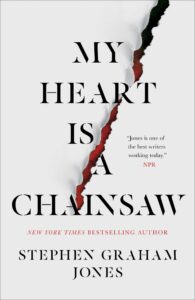 My Heart Is a Chainsaw by Stephen Graham Jones
(Saga, Aug 31)

Has there ever been a better title than My Heart Is a Chainsaw? How amazing then that the ensuing book lives up to it? Stephen Graham Jones has been recognized as a modern master of horror for a while now, and his latest weaves a story of trauma, colonialism, and gentrification into a loving homage to slasher films. Jade Daniels is 17-year-old Blackfoot descendant, trapped in the small town of Proofrock, Idaho, living with an abusive father, missing an absent mother. Her one weapon is a tongue as sharp as one of Jason’s pruning shears, and her one solace is the comforting embrace of the horror film—especially slashers.

So when bodies start piling up in the Proofrock’s wealthy Terra Nova community, Jade’s the only one who recognizes the tropes and details from her favorite subgenre. As the grisly crime scenes become ever weirder, Jade knows that it’s only a matter of time before this cinematic-slasher-come-to-life begins preying on the rest of the town. But how can she get the authorities to believe her? And does she even want to save a community that’s never truly felt like home? 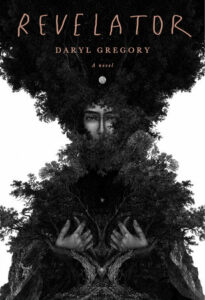 The author of Spoonbenders returns with a novel that features a few of my favorite words: 1) Appalachia, 2) private family religion 3) confrontation with the supernatural.

Revelator’s protagonist, Stella, is being raised by her Grandmother Motty in Tennessee. When she’s nine, she’s exploring the caverns near their home when she meets the entity known as Ghostdaddy. Ghostdaddy is her family’s personal god. See? I’m already so into this book I am no longer in Brooklyn—I’m in that cavern with Stella. And that’s before we even get to the fact that the family has dark secrets on top of having their own god, and that years later Stella finds out about even more secrets when she goes back for Motty’s funeral. Did I mention that Motty adopted a child after Stella left? And that the child might not be human? And that by the time Stella comes home she’s a professional bootlegger? I don’t want to read this book I want to live in it.