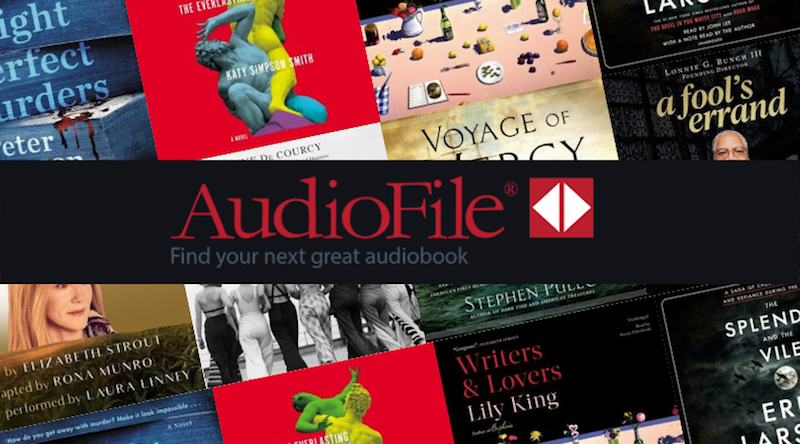 This month’s crop of awesome audiobooks (all of which are Earphones Award-winners) includes  Elizabeth Strout’s My Name is Lucy Barton (read by Laura Linney), Paulette Jiles’ Simon the Fiddler (read by Grover Gardner), and Erik Larson’s The Splendid and the Vile (read by John Lee). 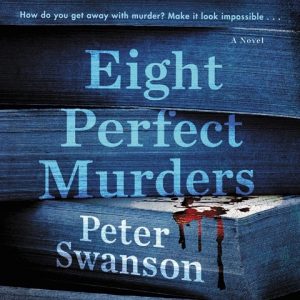 Narrator Graham Halstead voices Malcolm Kershaw, crime fiction bookstore owner, with a perfect next-door-neighbor tone that simply seduces the listener into trusting him. Mystery aficionados will delight in the literary references and enjoy the twists and turns in this cleverly written audio book by an author who truly appreciates the genre. 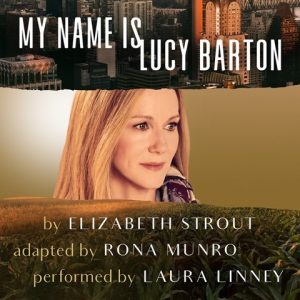 This extraordinary production of Pulitzer Prize winner Elizabeth Strout’s novel will remain with listeners long after the final words fade. The credit goes to three people: Strout; Rona Munro, whose exquisite adaptation pares the story to its core; and actor Laura Linney, who alternately transforms herself into tough yet fragile Lucy and Lucy’s croak-voiced mother, in conversations that reveal their scarred but unbreakable bond. 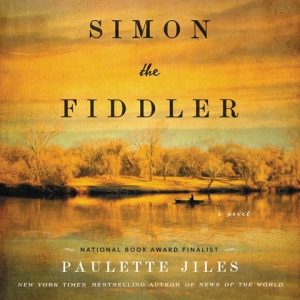 Simon the Fiddler by Paulette Jiles | read by Grover Gardner

Narrator Grover Gardner and poet-novelist Paulette Jiles are a dazzling combination. It’s historical fiction of the highest order, transporting the listener to post-Civil War Texas and making it both exotic and piercingly familiar. Gardner brings excitement and experience to creating the sounds and voices in this tale of a rough-cut young hero making his way in a lawless world, with talent and a courageous heart. Pairing high-voltage adventure with passages of exquisitely beautiful writing, Gardner and Jiles leave you cheering. 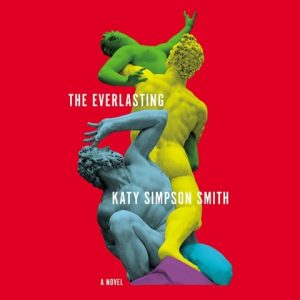 A dazzling cast of narrators enhances this stunning novel, which takes place in Rome over 2,000 years. In modern times, Tom, an American biologist, portrayed with sorrow by Jeremy Arthur, is trying to understand how his marriage went wrong. During the Renaissance, Bahni Turpin fluidly captures the beautiful Guilia, who is suffering from an unwanted pregnancy. In the Middle Ages, Felix, a monk, recalls his youthful love of a boy in wistful tones voiced by Graham Halstead. Finally, the saintly Prisca, who lives during the first century, is portrayed by Caitlin Kelly with innocent yet passionate inflections. Throughout, Satan, wickedly voiced by January LaVoy, provides commentary, and descriptions of the city of Rome illuminate the passage of time. 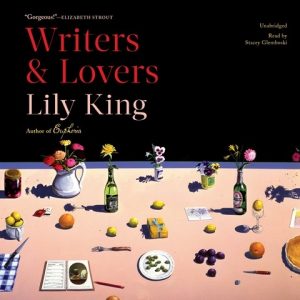 An unexpected delight in the multitudinous pleasures in Lily King’s new novel is narrator Stacey Glemboski’s beautiful soprano, which lifts into a breath-catching ballad at a key moment. This is the evocative story of Casey Peabody of Cambridge, Massachusetts, who waitresses while persevering with her first novel when her old friends have moved on to monied careers or marriages. Glemboski’s warm voice has great narrative appeal, and she populates the wealth of interesting characters with believable, imaginative voices. One wants to remain long in their company. 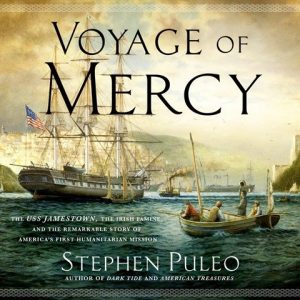 Voyage of Mercy: The USS Jamestown, the Irish Famine, and the Remarkable Story of America’s First Humanitarian Mission by Stephen Puleo | read by Sean Patrick Hopkins

Sean Patrick Hopkins offers exactly the kind of narration this audiobook deserves. He adjusts his tone to fit the material, which is studied in the biographical portions and borderline outraged in the discussion of England’s lack of response to the Irish famine. He makes this story of America’s first significant overseas aid effort and the two people most responsible—a sea captain and a Catholic priest—come alive. 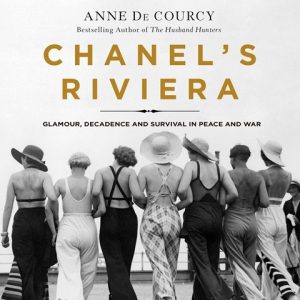 Yesterday’s gossip is today’s history, a principle amply confirmed by this richly detailed audio book chronicling the high life on the Riviera in the 1930s through WWII. Designer Coco Chanel is the focus of the narrative, and narrator Sophie Roberts’s strong, polished, highly sophisticated voice effectively conveys the aura of fashionable society while maintaining a firm narrative objectivity. 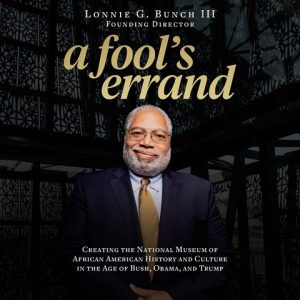 A Fool’s Errand: Creating the National Museum of African American History and Culture in the Age of Bush, Obama, and Trump by Lonnie G. Bunch III | read by JD Jackson

Jackson’s exemplary narration draws listeners into this account of the creation of the National Museum of African American History and Culture, which is part of the Smithsonian Institute in Washington, DC. With his warm and inviting tone, Jackson fully inhabits the thoughtful and perceptive persona of the author, who was the museum’s founding director, to such a degree that listeners will be convinced they are hearing the author’s own voice. Those interested in museum culture and development will find this listen particularly enlightening. 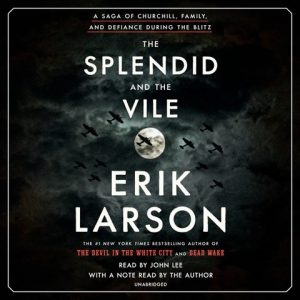 The Splendid and the Vile: A Saga of Churchill, Family, and Defiance During the Blitz by Erik Larson | read by John Lee, Erik Larson [Note] [Random House Audio]

We all know the outcome, but listeners will still be on the edge of their seats while listening to John Lee’s superb narration of Winston Churchill’s first year as Britain’s prime minister, 1940-41. Larson delivers the introduction and does a fine job, but Lee brings the polish and expressiveness of a gifted narrator—one who performs a perfectly credible Churchill voice.