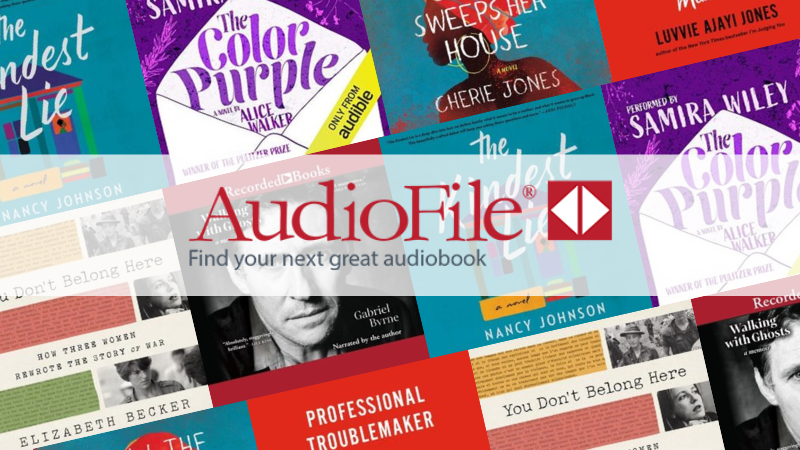 This week’s bounty of brilliant audiobooks includes Alice Walker’s The Color Purple (read by Samira Wiley), Cherie Jones’ How the One-Armed Sister Sweeps Her House (read by Danielle Vitalis), and Gabriel Byrne’s Walking with Ghosts (read by the author). 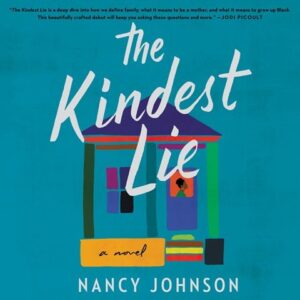 The Kindest Lie by Nancy Johnson | Read by Shayna Small

Narrator Shayna Small’s sumptuous voice and on-the-mark character portrayals enhance this beautiful story, rich with themes of familial bonds, reconciliation, and racial prejudice. Ruth Tuttle, a successful engineer living in Chicago, returns to her hometown in search of the child she was forced to give up for adoption as a teenager. She finds much more. Small’s lush voice is elegant and soothing, effectively creating a sense of foreboding as Ruth uncovers secrets and works to reconcile with her past. 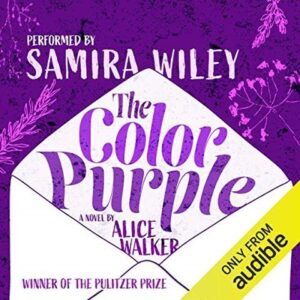 The Color Purple by Alice Walker | Read by Samira Wiley

In Samira Wiley’s mesmerizing performance, Alice Walker’s extraordinary novel glows with warmth, love, and tenacity. Wiley’s skills as a narrator are well matched to Walker’s vivid imagery, complex characters, and profound storytelling. An impassioned delivery and immersive characterizations illuminate the pain and determination in sisters Celie and Nettie. From heartbreaking dialogue to impactful epiphanies, Walker’s worlds and characters are genuine and multifaceted, and Wiley’s portrayals shine with specificity and honesty. The audiobook is a stirring, powerful experience for first-time audiences and a worthwhile revisit for seasoned fans of Walker’s work. 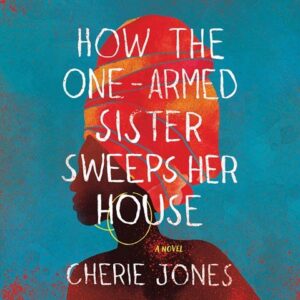 Set in Barbados, a paradise to all but those who live there, this audiobook captures the mythical qualities of Jones’s debut novel. Narrator Danielle Vitalis’s slow, dreamlike performance is perfect for the tragic story of Lala, a hair-braider; Adan, her husband, a sadistic, small-time crook; Mira, who once lived on the island; and Peter, the white man she married. Mira and Peter are vacationing on Baxter Beach when Adan shoots and kills Peter during a robbery. Character-driven, brutal, bloody, and unrelentingly honest, Jones’s novel as delivered by Vitalis sounds more like poetry than prose. 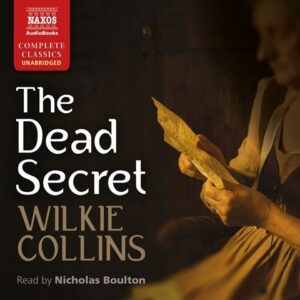 The Dead Secret by Wilkie Collins | Read by Nicholas Boulton

Nicholas Boulton’s narration of this wonderfully entertaining classic audiobook is simply astonishing. As a work of “sensation fiction,” this story of Rosamond Treverton Franklin’s discovery of her late mother’s secret was intended to excite and amuse its nineteenth-century audience, although the suspense is tame by contemporary standards. The magic lies in Boulton’s flawless rendering of the richly nuanced characters of all ages, genders, nationalities, and social classes; the splendid English country settings; and the touches of humor throughout. 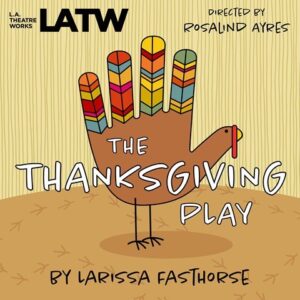 This four-character production undertaken by L.A. Theatre Works is a send-up of woke culture, a satire of political correctness, and a most entertaining listening experience. The four actors capture the zeitgeist with controlled mayhem. Liza Weil plays well-meaning Logan, who is directing an elementary school drama production with an eye toward grantors. She is trying her best to stitch together a “culturally sensitive” play about Native Americans with four white players, no script, and historical references that make every issue “an issue.” The result is a laugh-out-loud play about play making. There’s an insightful interview with playwright and MacArthur Fellow Larissa FastHorse at the audiobook’s end. 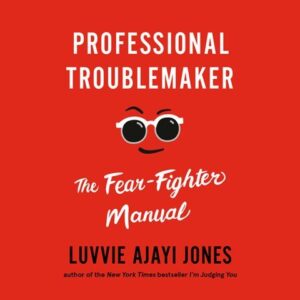 Author and podcaster Luvvie Ajayi Jones narrates her second manual for authentic living with flair. According to Jones, to be a professional troublemaker is to have a clear sense of personal identity and the ability to act without fear. Her straightforward approach and conversational style will have listeners nodding as Jones guides them through many common pitfalls of fear and explains how to combat them. Jones lovingly references her Yoruba heritage, especially her boisterous grandmother, as a source of wisdom and fearlessness. 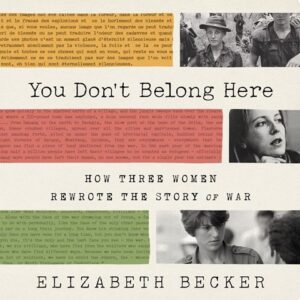 This is an extraordinary audiobook about four extraordinary women who were war correspondents—the three women who are the subject of Becker’s book, as well as the author herself. Adding to the remarkable story of these groundbreaking journalists is the skill of narrator Lisa Flanagan, who is pitch-perfect throughout this account of the trailblazers. She moves from harrowing action on the battlefields of Vietnam to the high-society backgrounds of two of the future journalists. Not to be missed. 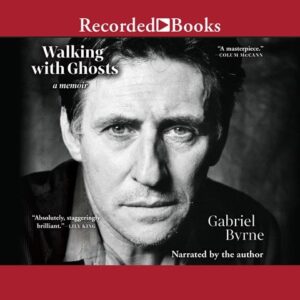 Irish actor Gabriel Byrne’s smoky voice whispers in your ear, gets into your head, and takes you on a deeply personal journey into his life. Byrne is brutally honest and down-to-earth as he explores the people and events that made him who he is today. In gorgeous writing that feels like stream-of-consciousness poetry, he explores key moments of his life, including finding his way into acting. After forty-plus years of a successful film and television career, it’s not surprising that his performance of this memorable autobiography is outstanding. 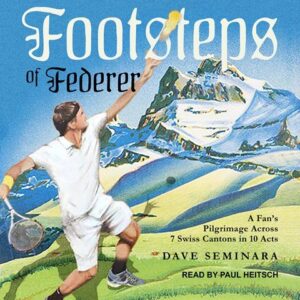 Footsteps of Federer by Dave Seminara | Read by Paul Heitsch

Dave Seminara loves tennis and hero-worships champion Roger Federer. Narrator Paul Heitsch makes sure that we understand these things about Seminara with a performance that adeptly reveals the enthusiasm, humility, and sincerity of the author. After a long struggle with autoimmune disease and an injury, Seminara decides to combine his own return to the court with a trip around Switzerland, following in the footsteps of the greatest player of all time. Heitsch captures the audiobook’s charm and irreverence, as well as the fundamental decency of the author and hero. 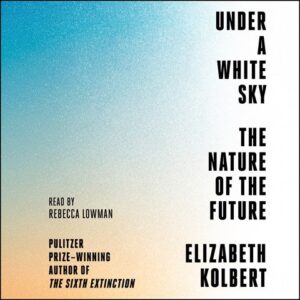 Under a White Sky by Elizabeth Kolbert | Read by Rebecca Lowman

Narrator Rebecca Lowman is an excellent choice for Kolbert’s report on the future of our environment. Lowman narrates clearly, enunciates precisely, and provides a sense of immediacy while bringing energy and intelligence to the task. Kolbert, a Pulitzer prize winner, is both an engaged writer and a thoughtful witness to the daunting challenges ahead. She is also a fine storyteller. Science writing has never been more important, and Kolbert’s audiobook deserves a wide audience.