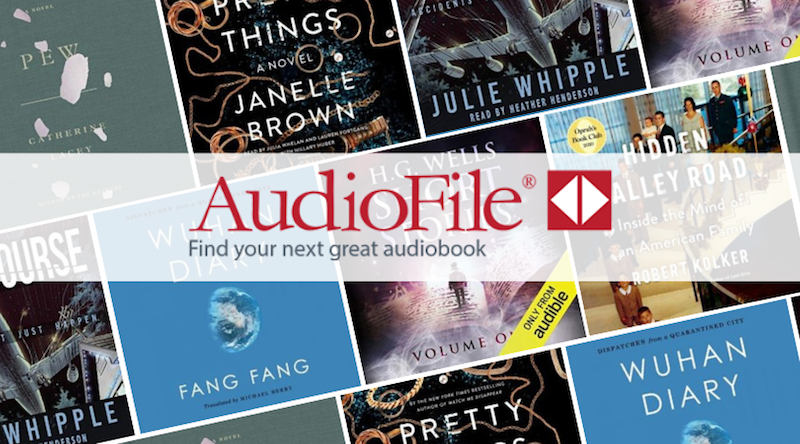 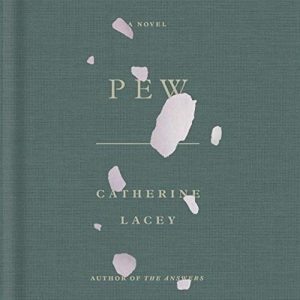 Narrator Bahni Turpin gives a tour-de-force performance in this strange allegory featuring a nondescript person found sleeping on a church pew in a small, unnamed Southern town. Pew refuses to speak, so the townspeople pass them from one institution to another as they debate their identity. Pew is a strange ride, but trust Turpin to steer the ship. 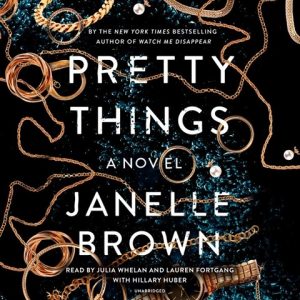 Julia Whelan and Lauren Fortgang perform a near-perfect duet narrating this utterly absorbing psychological thriller. Whelan’s Nina is a grifter. Nina’s mark is Vanessa, a socialite media influencer, apparently all entitlement and vanity, whose family once did a terrible thing to teenaged Nina. Or so Nina believes. Somehow the worst people come across as most appealing, a hugely effective diversion as you unravel who the real cons and marks are. 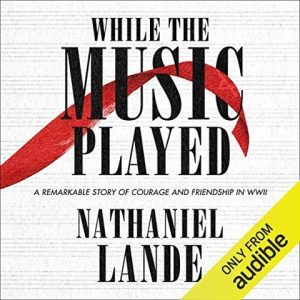 While the Music Played: A Remarkable Story of Courage and Friendship in WWII by Nathaniel Lande | Read by Bronson Pinchot

Narrator Bronson Pinchot’s range of accents is put to the test in this work of historical fiction set during WWII. While most of Pinchot’s narration takes the perspective of a boy living in Prague, the point of view changes and moves all over Europe. Listeners will be entranced by this story of love and friendship during a time of war. It is magnificent. 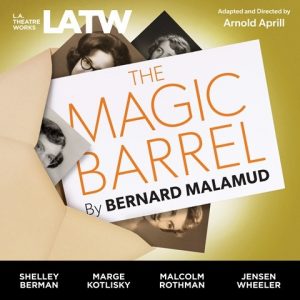 In this 1992 L.A. Theatre Works live performance, Tony Award winner David Cromer and the irrepressible Shelley Berman (1925-2017) created a wonderful chemistry between a shy rabbinical student who is searching for the perfect mate and an old-style Yiddish matchmaker. First published in 1958, “The Magic Barrel” was the title piece in a National Book Award-winning short story collection that, along with his first novel, THE NATURAL, put Bernard Malamud on the map as a major Jewish-American author of the twentieth century. 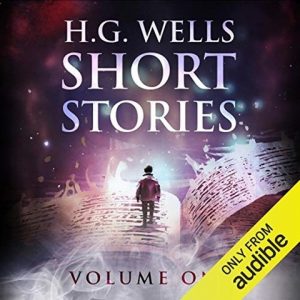 This audiobook is a pleasure to listen to. An ensemble of English narrators escorts the listener into the marvelous imaginings of Wells. Among the many auditory delights, James Gillies’s nuanced performance of “The Magic Shop,” Greg Wagland’s almost incantatory treatment of “The Door in the Wall,” and Nigel Patterson’s heart-stopping yet subtle rendition of the science fiction gem “The Star” excel. 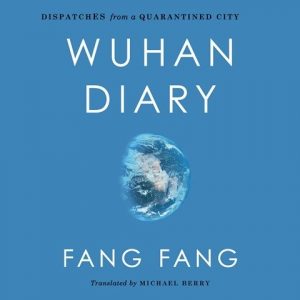 Emily Woo Zeller’s melodious voice, clear diction, and thoughtful pacing shape these dispatches from the epicenter of the COVID-19 outbreak. She emulates Fang Fang’s tone whether she discusses daily life, takes officials to task for an insufficient response to the pandemic, or vigorously defends herself from the Internet trolls and ultra-leftists who attack her. This audiobook presents a heroic writer. 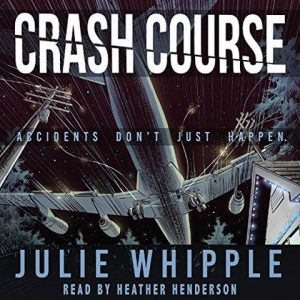 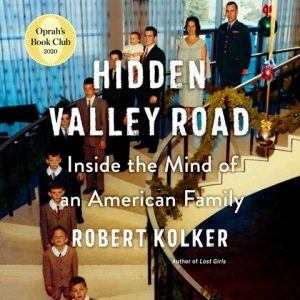 Hidden Valley Road: Inside the Mind of an American Family by Robert Kolker | Read by Sean Pratt

This enthralling true story unfolds like a novel with narrator Sean Pratt playing all the parts. His timing and subtle delivery bring the listener inside the minds–normal and abnormal–of this family of 12 children, half of whom suffer from schizophrenia. He reads the 45 short chapters with careful pacing and animates the bizarre history. Intertwined are the evolution of the malady’s diagnosis and the progression of research that links schizophrenia to genetics. It is mesmerizing. 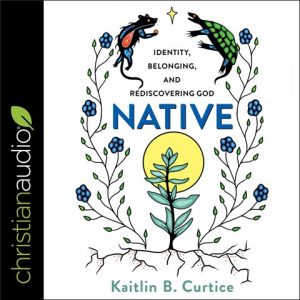 In an understated, melodious narration, Kaitlin Curtice unfolds her story of reclaiming her Potowatomi culture, which she put aside in favor of evangelical Christianity during her teen years. Weaving Potowatomi culture and language into her narrative, she invokes new ways of looking at what is holy. Quietly but forcefully, Curtice makes it clear that we all must do the work of decolonizing together, setting aside oppressive traditions in order to create a more expansive communion table. 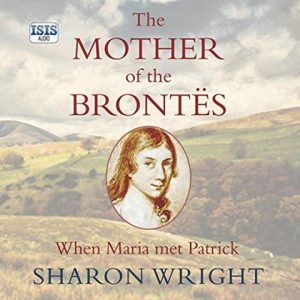 The Mother of the Brontës: When Maria Met Patrick by Sharon Wright | Read by Anna Bentinck

Narrator Anna Bentinck impeccably introduces Maria Branwell Brontë, who is ordinarily in the shadow of her famous children and eccentric husband, Reverend Patrick Brontë. Bentinck’s thoughtful delivery enriches each character, and she excels at evocative descriptions of both grand and humble locales, houses, and churches. Most heartwarming are the loving couple’s chats and letters to each other and their joy at each child’s birth. This historical gem allows listeners, in part, to meet Maria through her own words.