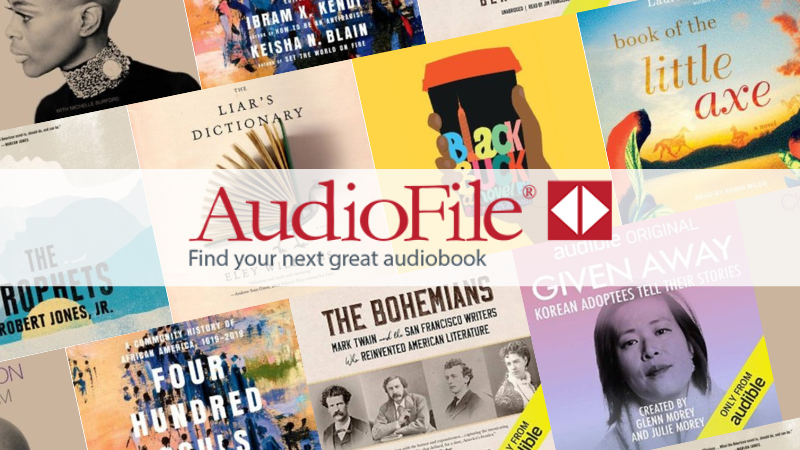 This month’s haul of wondrous audiobooks includes Cicely Tyson’s Just As I Am (read by the author, Viola Davis, and Robin Miles), Mateo Askaripour’s Black Buck (read by Zeno Robinson), and Joan Didion’s Let Me Tell You What I Mean (read by Kimberly Farr). 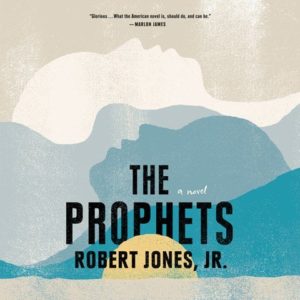 Narrator Karen Chilton’s stunning performance increases the power of this important debut novel about the far-reaching effects of the love between two male slaves on a Mississippi plantation. This audiobook exposes the myriad perspectives of slaves and masters, detailing moments of almost unimaginable brutality, hopelessness, and fear juxtaposed with snatches of beauty and love in the plantation’s closed community. Drawing on the tradition of giving testimony, Chilton’s delivery conveys the personal experiences of the fully developed characters, the collective spiritual and cultural African past of the slaves, and the universality of human emotions and dreams. 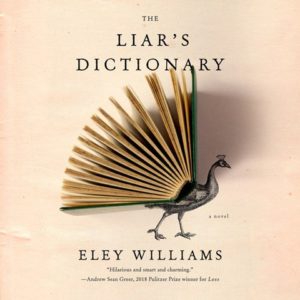 Words, their meanings and sounds, their actual and implied associations, and, in particular, their sometimes fraudulent appearance in dictionaries provide the fuel for Williams’s dazzling first novel, its imagination and wit here expertly enhanced for the ear. Kristen Atherton and Jon Glover, two highly talented narrators, alternate chapters. Fans of literary comedies will revel in this cunning tour de force. And audiobook fans of every kind will take note that this year’s fiction begins with an inspired debut. 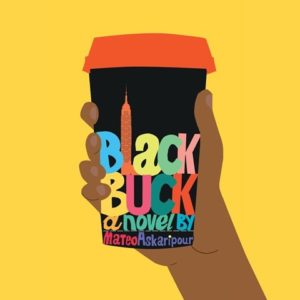 What if, one day, a spontaneous decision plucked you from obscurity and challenged you to pursue a whole new life? In this audiobook, Darren provides his account of that exact experience. Zeno Robinson’s narration is outstanding—he sounds likable and real, with the warm voice of a friend and the brisk pacing of an effective leader. When Darren leaves his barista job for a sales position at an Internet company, he finds himself the only person of color in the entire office, and this is just the start of his story. 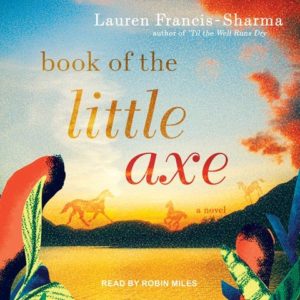 Robin Miles deftly narrates an epic novel enveloping a wide swath of European colonialism in the eighteenth and nineteenth centuries. The novel opens in Montana with the adventures and tribulations of Victor, a Crow Indian boy who, approaching manhood, is heading out on his vision quest. Victor’s mother, Rosa, from Trinidad, is the daughter of a formerly enslaved father from Africa and a woman from Martinique. Miles beautifully captures numerous accents in the account of Rosa’s early life in the Caribbean, voyage to the American West, and life with the Crow Indians. 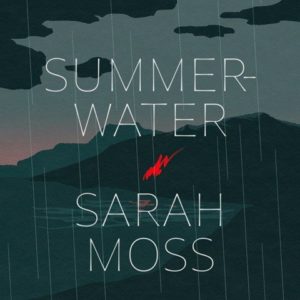 Morven Christie’s limpid, Scottish-inflected voice and gentle, enticing tone combine to lure listeners into Sarah Moss’s astonishing seventh novel as effectively as mermaids tempt sailors into the sea. Set in a Scottish holiday camp over the course of a long, rainy day, the novel comprises a series of linked vignettes. Each is its own vivid, heartfelt, mysterious, or humorous story that builds with the others toward an unexpected and shocking final drama. Christie’s narration keeps listeners rapt while maintaining rhythm with the action, be it a runner’s stride, lovers’ desire, or a child’s watchfulness. 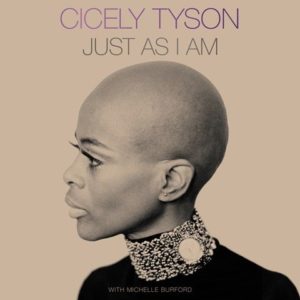 After a deeply touching foreword by Oscar-winning actor Viola Davis and an introduction by the indomitable force that was Cicely Tyson (1924-2021), narrator Robin Miles picks up the torch and delivers 16 riveting, thought-provoking hours on the life and times of the author. Tyson attributes her well-deserved success to luck, tenacity, and her personal relationship with God. Robin Miles delivers all with an elegance, dignity, and charm that would make Tyson proud. This honest account of Cicely Tyson’s life also tells of the history and trials of Black women over generations. A must-listen audiobook, thanks to the combined brilliance of Robin Miles’s performance and the genteel grace that pervades Tyson’s prose. 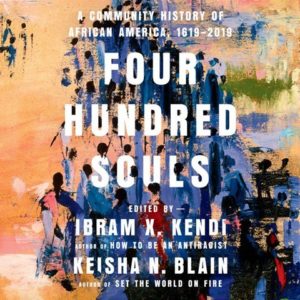 An outstanding cast brings these essays and poems vividly to life. Of the many incandescent narrators, JD Jackson (“Upon Arrival”) Kevin R. Free (“Cotton”), January LaVoy (“Sally Hemmings”) and Robin Miles (“Maroons and Marronage”) are masterful. Ninety entries, including 10 poems, encapsulate the African-American experience from 1619 to 2019. The authors tell stories both little and well known that together give the listener a symphony of voices that bring the complex, often horrific, history of Black people in the U.S. into relief. 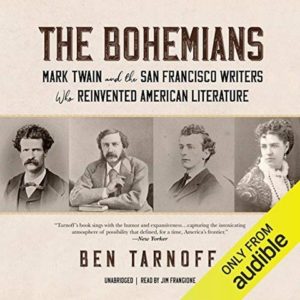 Few audiobooks offer a better window on the evolution of a unique American literature than this fine portrayal of the San Francisco literary scene that came together in the 1860s. Narrator Jim Frangione delivers this saga of lofty success and abject failure with empathy and vigor. His excellent performance is a listening—and learning—experience of the highest order, rich in its sense of place and time. 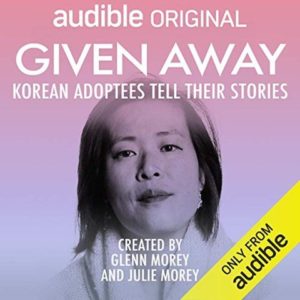 In this audiobook offshoot of his film project Side by Side, filmmaker Glenn Morey presents moving first-person accounts of 15 people who were separated from their families in South Korea and adopted by people in Western countries. Morey, himself a South Korean adoptee, narrates with earnest warmth. Infusing cinematic experience into this audio presentation, Morey’s pace, cuts, and fades highlight the subjects’ new language and reveal the similarities and vast differences of their experiences. Deeply affecting, this sensitive and powerful production is an important message about human identity and complexity. 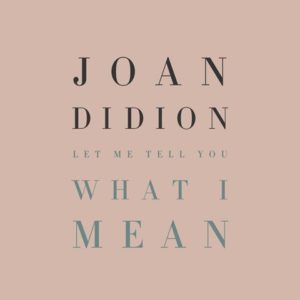 Let Me Tell You What I Mean by Joan Didion | Read by Kimberly Farr, Hilton Als
[Random House Audio | 4 hrs.]

Kimberly Farr’s clear, warm voice and intentional pacing—not too fast, not too slow—are the perfect vehicles for this collection of Joan Didion’s early journalism. Farr, who often narrates Didion’s work, skillfully delivers the author’s tone, which is a mix of bemusement and amusement, irony, empathy, and toughness. Farr lets Didion’s incisive writing speak without verbal embellishment, which allows us to experience her unencumbered judgments, be they compassion, bewilderment, or profound irritation.