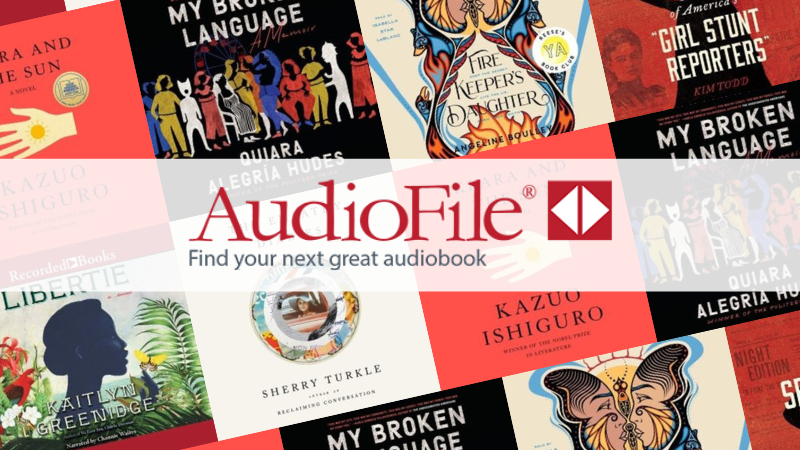 This month’s arrangement of aural wonders includes Kazuo Ishiguro’s Klara and the Sun (read by Sura Siu), Kaitlyn Greenidge’s Libertie (read by Channie Waites), and George Saunders’ A Swim in the Pond in the Rain (read by an all-star cast). 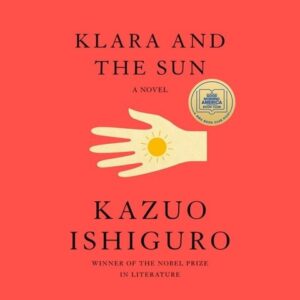 Klara and the Sun by Kazuo Ishiguro | Read by Sura Siu

Narrator Sura Siu will be a fresh voice for many listeners, and her wonderfully subdued narration proves perfect for portraying Klara, the all-too-observant “AF” (artificial friend) purchased by a mother for her ailing child. Assigned to look after Josie, Klara slowly discovers she is being groomed to be the failing child’s replacement. Novelist Kazuo Ishiguro builds a complex story while Siu conveys a range of contrasting voices, proving herself a performer of rare grace, subtlety, and virtuosity whose haunting portrayal of Ishiguro’s more than human main character will linger in listeners’ minds for days. 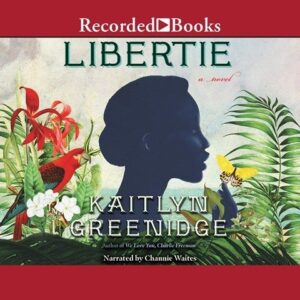 Author Kaitlyn Greenidge and narrator Channie Waites combine forces in this historical novel to create an immersive tale woven of many threads, including mothers and daughters, nineteenth-century Black life, magic, medicine, and finding one’s true path. Greenidge, who won the Whiting Award for her first novel, We Love You, Charlie Freeman, was inspired by the life of the third African-American woman to earn a medical degree in America. Waites’s performance brims with rhythm and swagger. Reading with the cadence of an oral storyteller, she invokes character with accent and intonation, peopling listener’s ears while captivating them. 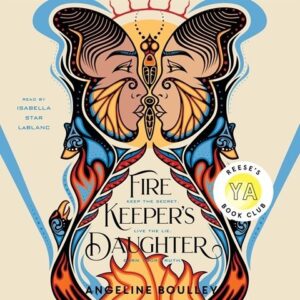 Isabella Star LaBlanc brings an authentic-sounding narration to this powerful audiobook, one not to be missed. Set amid state and tribal lands in Michigan, the story of Daunis, who is caught between these two cultures, is told with heartfelt compassion. LaBlanc masterfully amplifies Daunis’s apprehension when she becomes involved in helping the FBI investigate a new, deadly street drug. Thriller, romance, and action-adventure with multifaceted character development—this debut has it all. LaBlanc rises to the challenge, bringing listeners into the mind of this clever and courageous young woman. 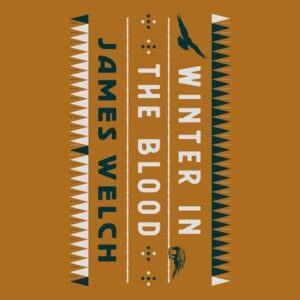 Darrell Dennis captures the angst of the unnamed narrator in this classic novel of modern Native Americans on the Great Plains. He adroitly shifts between the flat dialogue of ranch life and the lyricism of the Western setting. Likewise, he captures the cadences of a trio of secondary characters—aspiring Lame Bull, wise Yellow Calf, strong Teresa. Most of all, Dennis’s empathetic delivery subtly reveals the main character and his solitary situation, disconnected from both Native and white culture. Dennis expresses the audiobook’s humor and pathos, as well as the tension of Native American life on and off the reservation. 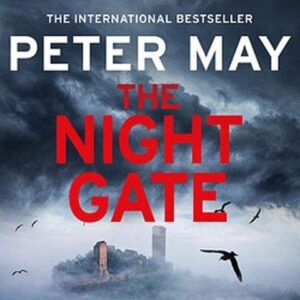 The Night Gate by Peter May| Read by Peter Forbes

This audiobook is a great example of the magic that happens when a masterful author and a talented narrator come together to deliver a captivating story. In addition to effectively portraying the many characters—Scottish, British, and European; male and female; young and old—Peter Forbes convincingly voices Hitler, Goering, and de Gaulle. When forensics scientist Enzo Macleod is drawn out of retirement to advise on the body of a WWII soldier that was exposed by an uprooted tree, he happens into a current murder investigation, and listeners move smoothly back and forth from war-torn Europe to pandemic-constrained current times. 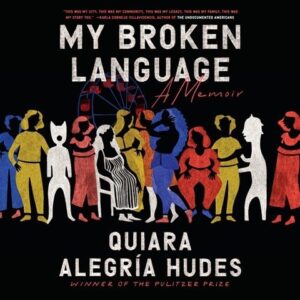 Playwright Quiara Alegría Hudes brings warmth and exuberance to her narration in this memoir of family, language, home, and coming of age as an artist. Her narration embodies the rhythms of her beloved North Philly neighborhood; the love and familiarity she uses to capture the voices of the many women in her big Puerto Rican family create an unforgettable intimacy. This is a memoir about language—how it shapes lives, how it lives in the body—and Hudes’s voice is as powerful as her words. It’s a gorgeous mix of English and Spanish, open and musical, full of laughter and sighs, a spoken-word celebration vibrant and overflowing with life. 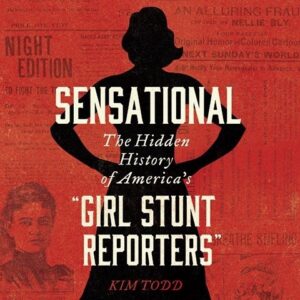 Listeners will have a wonderful time diving into this accomplished history of the female “stunt reporters” of the late nineteenth century. Narrator Maggi-Meg Reed is the ideal choice to deliver these narratives of women journalists who donned disguises and affected alternate identities to go undercover in medical facilities, factories, and other settings where women often suffered from abuse and disadvantage. Reed’s intelligent and fully engaged tone makes clear the significance of these investigations as a vehicle for societal change and as a positive representation of women of this era. A terrific pairing of an impressive work of nonfiction and a splendid performer. 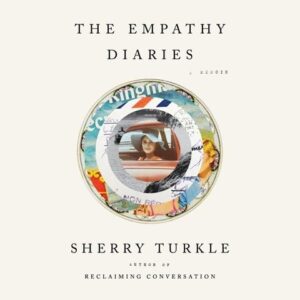 The Empathy Diaries: A Memoir by Sherry Turkle| Read by Jill Larsen

Jill Larsen narrates this memoir with warmth and, well . . . empathy. As she alternates her delivery between storyteller and lecturer, her confident narration ultimately makes her a transparent surrogate for the author. To start, she mines the emotions felt by a child burdened by family secrets. When appropriate, she takes on an objective tone. Turkle’s memoir explains how her habits and her breakthroughs in cyber-sociology evolved from personal events, some bittersweet and some heartbreaking. The overall effect is powerful and rewarding and brings to mind Turkle’s spin on social media: “I share; therefore, I am.” 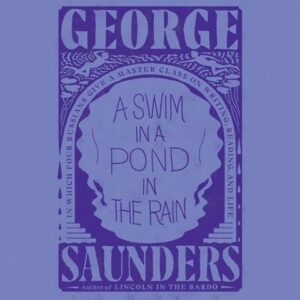 A Swim in a Pond in the Rain: In Which Four Russians Give a Master Class on Writing, Reading, and Life by George Saunders | Read by George Saunders, Phylicia Rashad, Nick Offerman, Glenn Close, Keith David, Rainn Wilson, BD Wong, Renée Elise Goldsberry

With a voice that expresses academic passion and easy humor, Syracuse University creative writing professor George Saunders takes us on a deep dive into the literary craft, psychology, and historic background of seven superb nineteenth-century Russian short story classics by four authors: Chekhov, Tolstoy, Turgenev, and Gogol. The stories are read by a host of absolute first-rate talents. Extra kudos go to narrator Nick Offerman for accentuating the natural humor in Turgenev’s “The Singers” and to Keith David for his finely honed ear for detail and pace in reading Tolstoy’s towering “Master and Man.” 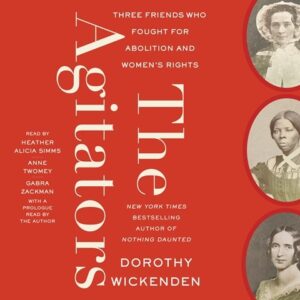 Three narrators harmonize to memorable effect in Dorothy Wickenden’s remarkable examination of three friends who led twin battles for abolition and women’s rights in nineteenth-century America. Heather Alicia Simms gives a witty and rousing rendition of Harriet Tubman, freedom fighter extraordinaire; Anne Twomey is gentle and steely as Francis Seward, the publicly conventional and privately radical wife of Secretary of State William H. Seward; and Gabra Zackman is energized and clear as Martha Wright, uncompromising Quaker mother of seven. Informative, entertaining, unnerving, and stirring—listen and then share this book with all your friends.