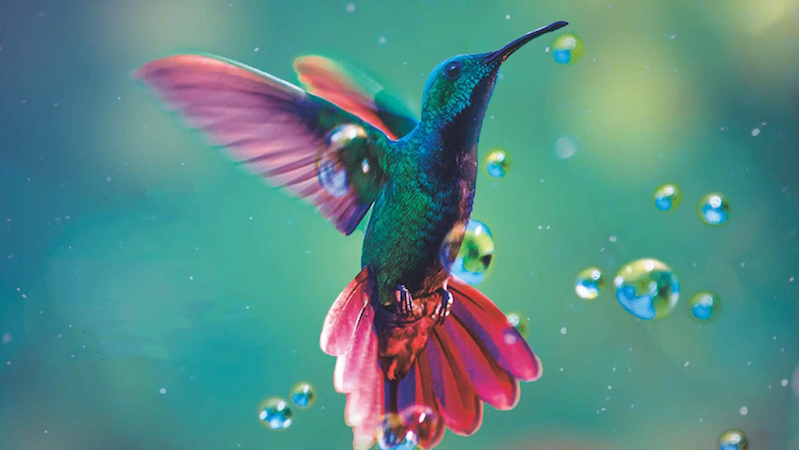 And suddenly it’s April! I don’t know about you, but this time last year I was coming to terms with the fact that I couldn’t read? My concentration was shot, and I couldn’t seem to focus on anything more complex than whichever Fast & Furious movie was playing on my TV at that moment. Fortunately, my ability to lose myself in books returned, slowly, over the next few months (everlasting gratitude to Melissa Faliveno’s Tomboyland and Casey McQuiston’s Red, White, & Royal Blue for making me turn pages again!) and now I’m ecstatic to recommend six new works of speculative fiction that remind me why I love reading. Read on for: two different takes on surrealism in suburbia, a lauded Korean author making their English-language debut, the return of history’s greatest Murderbot, and new books from Jeff VanderMeer and Helen Oyeyemi! 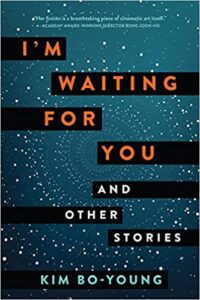 I’m Waiting for You and Other Stories by Kim Bo-Young
(Harper Voyager, April 6)

I try to get my book recommendations from the coolest people, so when Bong Joon-ho compared the work of Kim Bo-Young to The Matrix and Dark City, I thought it would be wise to pay attention. Her writing has been enthusiastically embraced in South Korea for years, and now, with I’m Waiting For You and Other Stories, four of her stories will be available in English for the first time! Two of the stories play with relativity in a poignant way, as an engaged couple attempt to use space travel to their advantage by constantly reconfiguring their wedding day to account for their return to Earth, even as they lose potential guests to old age. The other two stories echo the couple’s journey, but focus on ancient gods who control Earth’s inhabitants like puppets. Throughout all four stories, Kim uses science fiction tropes and creation myths to muse on the mysteries of identity, and the question of whether love can survive time. 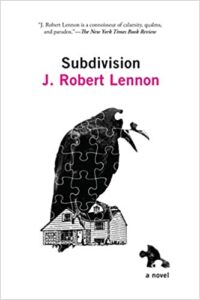 J Robert Lennon’s last book was the acclaimed 2017 novel Broken River. He’s returned with Subdivision, an unsettling take on suburbia and the transient nature of identity. A woman who has neither a name nor a past (always a good start) moves into a guesthouse run by a pair of women, both named Clara, who used to be judges. But the women don’t just give her a room. They also expect her to work on the requisite B&B jigsaw puzzle, which seems to change shape at will, and to go job-hunting each day. She soon discovers that the subdivision can be a baffling maze, that Cylvia, the portable AI she carries with her, can be an ally but also very bossy, and that she has to fend off the constant harassment of a nefarious bakemono. And that’s all before she takes a gig as part of a quantum physics experiment…and finds that her past might be catching up with her.

Is there anything more romantic than a journey by rail? It’s supposed to be romantic when, after hypnotist Otto Shin declares his love for his boyfriend Xavier, Otto’s aunt presents them with tickets for a honeymoon on a train. It’s also supposed to be a gentle push to get them out of her house for a while. But instead of romance, the two young men find intrigue as soon as they board The Lucky Day. At first, they seem to be the only passengers, and when they do discover another rider she has a startling message for them. But how could she know who they are? And why does the train seem to anticipate their every need? As The Lucky Day steams along, and the journey becomes increasingly uncanny, Otto and Xavier are not just confronted with moments from their pasts and weird clues about their future, they’re also pulled into a plot against the train’s owner, Ava Kapoor. Can they help Ava to protect her train? Can their relationship survive the journey’s revelations, or will their love run off the rails? 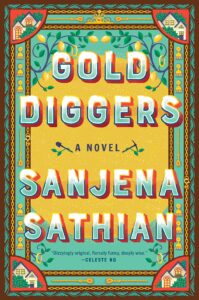 On one level, Gold Diggers is a satire about suburban life and whatever the words “American Dream” mean anymore. Neil is the younger son of the Narayan family, who expect great things of him. His elder sister is already on track to go to Duke and has a glowing future in front of her—but Neil would rather just hang out in suburban Atlanta and daydream about his neighbor Anita Dayal. But his happily slack lifestyle gets upended when he’s pulled into Anita’s alchemical experiments. Anita and her mother, Anjali, have been using magic to extract an elixer from gold that will practically guarantee success. At least, until the project goes tragically wrong, and the only way for Neil to redeem himself is to be part of an even more elaborate plan…which is when Gold Diggers turns into a Silicon Valley heist story, but with magic. 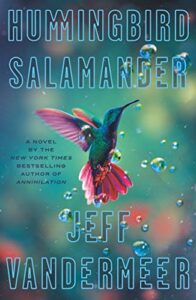 The author of The Southern Reach Trilogy and Borne returns with a new speculative eco-thriller! When a security consultant who goes by Jane Smith receives a mysterious key to a storage space, she’s not sure what she’s expecting, but a taxidermied hummingbird definitely wasn’t on the list. When she follows a trail that leads to another taxidermied creature, this time a salamander, she discovers that the person who sent the key is A) dead and B) the daughter of a notorious Argentine industrialist, who was rumored to be an ecoterrorist. But by the time she pieces the clues together, it’s too late—by taking the hummingbird Jane unknowingly kicked off a sequence of events that have put her family in mortal danger. Unless Jane can unravel the conspiracies around the woman’s life and death in time, it’s possible—very possible—that the hummingbird has doomed the world. 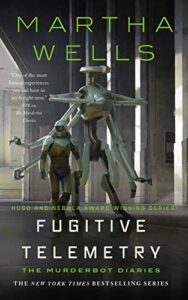 No, I didn’t kill the dead human. If I had, I wouldn’t dump the body in the station mall.

How many days have I longed for some sort of klaxon I could hit to announce a new Murderbot! I suppose increasingly breathless sentences will just have to do. Martha Wells has written dozens of books, hopping from hard sci-fi to queer fantasy to non-fiction with astonishing ease. With All Systems Red, the first book in The Murderbot Diaries, she introduced us to a SecUnit (a security unit that’s a hybrid of human parts and advanced tech) who calls itself Murderbot. Theoretically SecUnits are under the control of the companies that rent them out, but Murderbot’s life has gotten a lot more interesting since it hacked its chip and went rogue. Now, after many high-risk gigs and adventures, it can finally live its dream of hanging out and marathoning space opera serials like Worldhoppers and Sanctuary Moon. Or it would if discarded bodies would stop turning up in malls and inciting interstellar murder mysteries.