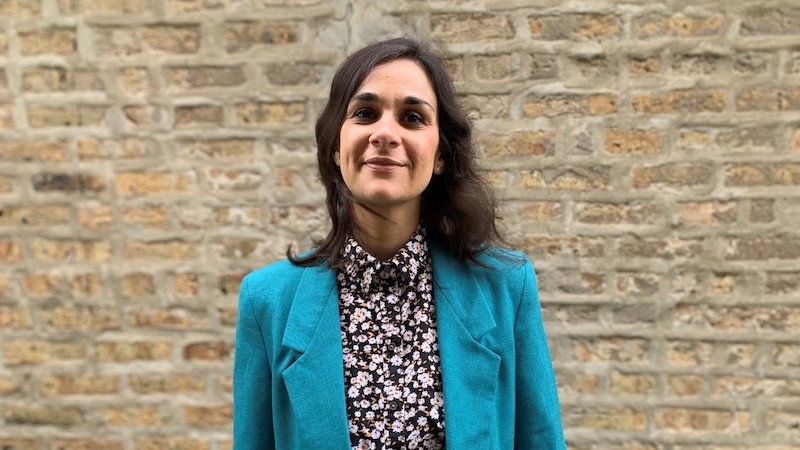 Annie Bostrom on Alex Kotlowitz, Sharlene Teo, and the Only Critic Who Really Matters

This week we spoke to Booklist associate editor, Annie Bostrom. 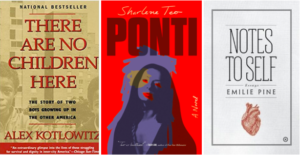 Annie Bostrom: Alex Kotlowitz’s There Are No Children Here changed both the way I live in the world and the way I read books, and introduced me to a literary hero. So to have been among the first to read it-what a privilege. The gamble is if I would have been able to give it its due.

I recently visited John K. King books in Detroit. Having haunted Booklist for over a decade, I thought I knew about books, but here were aisles and floors of books, authors, publishers, and imprints that I really knew nothing about. It was humbling and wonderful. The whole point of this story is I’d time travel for the opportunity to review almost anything, because I’d undoubtedly learn from it.

AB: It won an award before it was even published, so Sharlene Teo’s Ponti is far from unheralded, but it really lingers with me nearly a year later. It’s such a rich and haunting book. It comes with its own weather systems.

Another answer to this question-an answer that’s really a non-answer-is that I can’t wait for U.S. readers to have Emilie Pine’s essay collection, Notes to Self. (It’s already a bestseller in Ireland but comes out here in June.) One of her themes is what’s unsayable, especially concerning women’s bodies. I have the urge to press it into many hands.

AB: No one’s telling me what they think of book criticism, I guess. But it would be wrong to presume there are any absolutes in this game, or true objectivity, either. Every reader brings everything they know and are to a book. Especially because of our mission, to reach readers by helping librarians know what’s out there, I think it’s my duty as a reviewer and editor to mitigate that (myself and my limited world) with a great deal of attention, care, and respect.

A former colleague once said (or tweeted) that working at a book review journal because you love books is like working in a vet’s office because you love puppies. I don’t totally know how he meant it, to be honest, but still it’s so true to me. There’s so much of the job that isn’t puppies. There are decisions and mistakes and tough calls and even gnashing of teeth. And at the end of the day the only critic who really matters is you.

AB: I’ve only been a part of this world since social media existed, so it’s hard to for me to say. Booklist, which has been around since 1905, used to have full-time staff who reviewed all day, reading every title by authors in a particular section of the alphabet. I’m nostalgic for this the same way I am imagining my job before email: sounds both totally great and completely impossible to imagine.

But almost everything about our jobs is different now, and so much of that is because of the digital world. The visibility of what we do has changed in lots of obvious ways. The ability to talk books on Twitter, GoodReads, and even Instagram is democratizing, to a certain extent, and the aggregate is telling. I think star-averages mean something. I think it’s good that readers can make noise and be heard. I think to move in the contemporary literary world you have to take part in it one way or another, or you will inevitably miss things.

You can be cynical about it but I don’t think it’s ever bad to be talking about or excited about books. And because of this visibility and access, choosing is harder than ever, which is where wayfinders like reviewers and critics come in.

AB: Some of my favorite writers are also some of my favorite reviewers. Melissa Broder once asked in a review, “Is this the Boulevard de Clichy or Boulevard de Cliché?” and the world is better for this. I am privileged to work with legendary writers and critics at Booklist. It’s exciting to see Donna Seaman’s and Bill Ott’s reviews in proof pages every two weeks. Speaking of memorable phrases, in her review of Manhattan Beach, Donna referred to “the utter nihilism of erotic desire.” Try to forget that one. Anyone doubting how much can be said about a book, and beautifully, in a 200-word review needs only to read hers.

I’m usually reading and reviewing books two or three months before they come out, so largely without access to other reviews. I try to not even read jacket copy so I find this lack of access a blessing for sure. But I do love to see later reviews of books I’ve read and get someone else’s take. It’s almost like a conversation. I generally like to agree, but it’s so much more valuable to disagree, shrug, and remember that I’m just debris floating in the ocean of words, after all.

I have a friend who likes to read other people’s marked-up books because when he gets to a note or underlined sentence it’s like reading together for a moment. It’s a profound happiness and a rarity to share a similar love for a book with another person, but most of the time we all read a different book, alone, and that’s really a thrill to me too.

Annie Bostrom is an associate editor in adult books at Booklist, the book review journal of the American Library Association. She served as chair for the 2019 Andrew Carnegie Medals for Excellence in Fiction and Nonfiction committee, which selected Rebecca Makkai’s The Great Believers and Kiese Laymon’s Heavy: An American Memoir as its winning titles. She lives in Chicago.