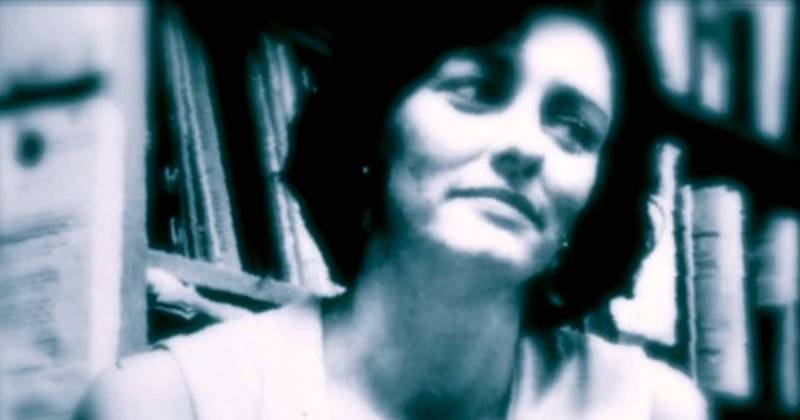 "Mrs. Sexton's work seems to be very little more than a kind of terribly serious and determinedly outspoken soap-opera" 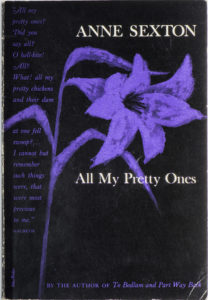 Father, this year’s jinx rides us apart
where you followed our mother to her cold slumber

“In Anne Sexton’s work the main sense is that of indignity—of being outraged by the world and its henchmen, like surgeons and alcoholic loves and dying parents. It would be hard to find a writer who dwells more insistently on the pathetic and disgusting aspects of bodily experience, as though this made the writing more real, and it would also be difficult to find a more hopelessly mechanical approach to reporting these matters than the one she employs.

Her attitude, widely cited as ‘compassionate,’ is actually a curious compound of self-deprecatory cynicism and sentimentality-congradulating-itself-on-not-being-caught, as when Mrs. Sexton sees her stomach, after surgery, as being ‘laced up like a football / for the game’ (as though footballs were laced up for games) or when she says to ‘K. Owyne’: ‘I washed lobster and stale gin / off your shirt. We live in sin / in too many rooms.’ Most of Mrs. Sexton’s book is like this; her recourse to the studiedly off-hand diction favored by Randall Jarrell and Elizabeth Bishop and her habitual gravitation to the domestic and the ‘anti-poetic’ seem to me as contrived and mannered as the romantic poet’s harking after galleons and sunsets and forbidden pleasures.

The confessional quality in much recent verse, of which the works of Robert Lowell and W. D. Snodgrass are also cases in point, is giving rise to a new kind of orthodoxy as tedious as the garden-and-picture-gallery school of the forties and fifties. Though it is eminently orthodox in this respect, Mrs. Sexton’s work seems to be very little more than a kind of terribly serious and determinedly outspoken soap-opera, and as such will undoubtedly have an appeal in some quarters.”

Needless to say, Sexton was none too pleased with Dickey’s review. Check out her response here