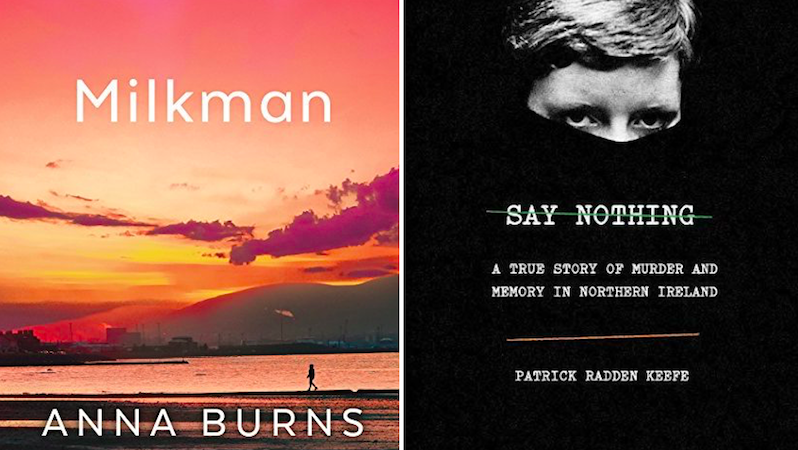 For their acclaimed books about the Northern Ireland Troubles

At a prize ceremony in London earlier today, Anna Burns’ Milkman and Patrick Radden Keefe’s Say Nothing: A True Story of Murder and Memory in Northern Ireland were declared the winners of the 2019 Orwell prizes for political fiction and political writing, respectively.

The prestigious Orwell prizes are awarded every year to books that best embody George Orwell’s ambition to “make political writing into an art.”

Milkman, which also won the 2018 Man Booker Prize and the 2019 National Book Critics Circle Award for Fiction, tells the story of an unnamed girl in an unnamed town and a local paramilitary known as “the milkman” who begins relentlessly pursuing her.

Say Nothing, by New Yorker staff writer Radden Keefe, forensically details the murder of single mother of ten Jean McConville by the IRA in 1972, against the backdrop of the Troubles and its central players.

Congratulations to Anna Burns, Patrick Radden Keefe, and to all the finalists! 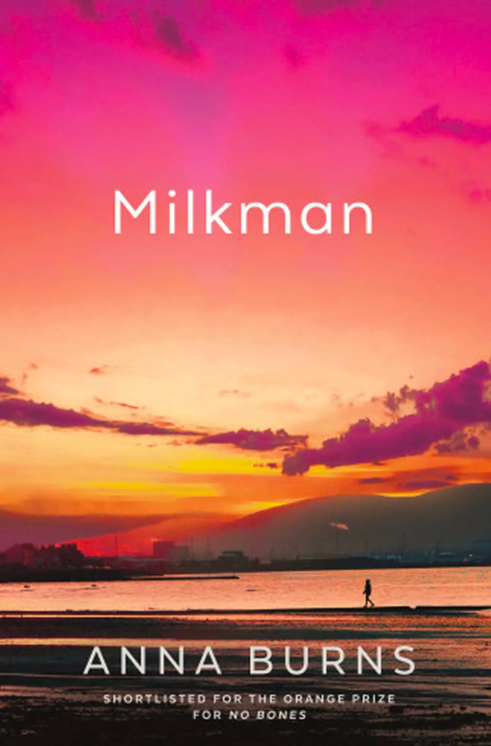 “For all the simplicity of its setup, Milkman is a richly complex portrayal of a besieged community and its traumatized citizens, of lives lived within many concentric circles of oppression … Among Burns’ singular strengths as a writer is her ability to address the topics of trauma and tyranny with a playfulness that somehow never diminishes the sense of her absolute seriousness … The book’s long sentences, its penchant for the exhaustive, can at times be challenging, and there were stretches where I found its uncanny energies stagnated for too long. But it also seems clear to me that these insistent strategies are in service of the book’s mood of total claustrophobia, and that they contribute to, rather than diminish, its overall effectiveness … There is a pulsating menace at the heart of the book, of which the title character is an uncannily indeterminate avatar, but also a deep sadness at the human cost of conflict … For all the darkness of the world it illuminates, Milkman is as strange and variegated and brilliant as a northern sunset. You just have to turn your face toward it, and give it your full attention.”

“…it’s clearly part of Burns’s project in Milkman to redescribe the Troubles without using such terms as ‘the Troubles’, ‘Britain’ and ‘Ireland’, ‘Protestant’ and ‘Catholic’, ‘RUC’ and ‘British army’ and ‘IRA’. On the other, the narrator’s mad, first-principles language, with its abundance of phrases in inverted commas and sudden changes of register, is also used to describe the inner world of a young woman … It’s a brilliant rhetorical balancing act, and the narrator can be very funny … What’s extraordinary about all this, though easy to overlook on a first reading, at least until the final stretch, is the density and tightness of the plotting behind the narrator’s apparently rambling performance … What’s more, the comic unfolding of the plot runs counter to the narrator’s pinched sense of what can and can’t be said and done in her neighbourhood, and, after a chilling final encounter with the milkman, there’s a darkly happy ending … as a reader you feel you’ve earned the novel’s more optimistic resolution, and that Burns, with her wild sentences and her immense writerly discipline, has too.”

“Stripping key details from the scrim of her prose allows Burns an enormous degree of freedom in her narration. It re-centers this book away from a chronicle of the heavily debated and squarely onto her narrator … Burns instantly captures the many unnerving ways the times made it hard for the narrator to speak back. How she was trapped within a system of social queues that stoppered her mouth … Page by page, its narrator takes in a big lungful of narrative air and spins out one gorgeous, syntactically perfect loop of story after another. This a dense, musical book that sounds in the head like a symphony played by a soloist whose dazzling energy and elliptical progression create the unusual feeling of there being a crowd of musicians producing its rich sound … Nowhere is the book more powerful on this topic than when it deals with shame … And yet…this book is also bursting with energy, with tiny apertures of kindness, and a youthful kind of joy … On that, too, perhaps especially so, Milkman is a triumph of resistance.”

Read an excerpt of Milkman here

“Patrick Radden Keefe’s great achievement is to tell Northern Ireland’s 50 years of conflict through personal stories—a gripping and profoundly human explanation for a past that still denies and defines the future … Only an outsider could have written a book this good. Irish or British writers are tainted by provenance … [the book] handles the minefield scrupulously, dodges loaded vocabulary and allows people to condemn themselves by their actions … Humanity shines through in the small anecdotes … I can’t praise this book enough: it’s erudite, accessible, compelling, enlightening. I thought I was bored by Northern Ireland’s past until I read it.”

“If it seems as if I’m reviewing a novel, it is because Say Nothing has lots of the qualities of good fiction, to the extent that I’m worried I’ll give too much away, and I’ll also forget that Jean McConville was a real person, as were—are—her children … Keefe is a terrific storyteller. It might seem odd, even offensive, to state it, but he brings his characters to real life. The book is cleverly structured … Its closeness to the novel is a strength of Say Nothing and—I’m tempted to write—’also a weakness.’ But actually, it’s not a weakness, and only rarely a distraction … [Keefe’s] description of Dolours Price, a member of the I.R.A., in jail, on a hunger strike, being force-fed through a thin length of rubber hose, is vivid and quite rightly shocking … What Keefe captures best, though, is the tragedy, the damage and waste, and the idea of moral injury … The last section of the book, the tricky part of the story, life after violence, after the end, the unfinished business, the disappeared and the refusal of Jean McConville’s children to forget about her—I wondered as I read if Keefe was going to carry it off. He does. He deals very well with the war’s strange ending, the victory that wasn’t … Say Nothing is an excellent account of the Troubles; it might also be a warning.”

“… an outsider’s perspective is what gives Say Nothing its exacting and terrifying lucidity … Keefe follows the McConville story, interviewing more than a hundred sources and digging deeper and deeper, to the point where he comes to his own conclusion about who murdered her. But the culpability of any one individual is only part of this meticulously reported book … Keefe’s narrative is an architectural feat, expertly constructed out of complex and contentious material, arranged and balanced just so … Keefe’s depiction of Price is so rounded and intimate you’ll be surprised to learn that he never spoke to her … This sensitive and judicious book raises some troubling, and perhaps unanswerable, questions.”