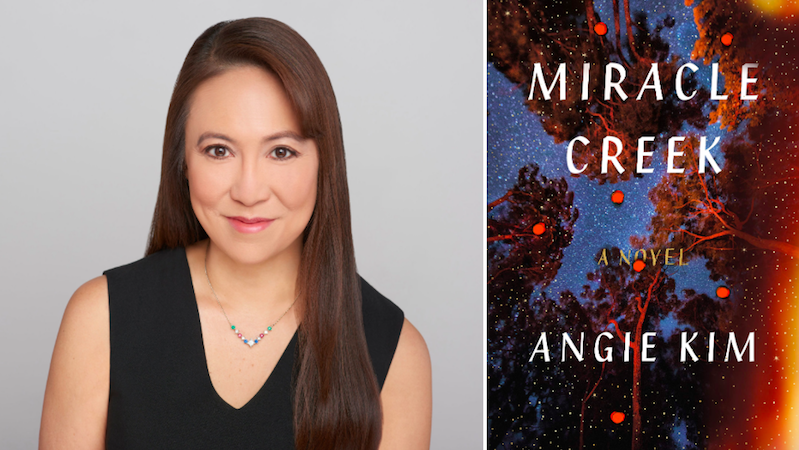 11 rapid-fire book recs from the author of Miracle Creek

This week, we spoke to Angie Kim, whose novel Miracle Creek recently won the Edgar Award for Best First Novel.

Angie Kim: A Korean translation of Edgar Allan Poe’s stories. I loved “The Black Cat”; there was a beautiful black cat that lived in my neighborhood in Seoul, and I was convinced that it was a reincarnation of Poe’s (fictional) cat! (I was 8.)

AK: Ling Ma’s Severance. I first read it last year, but I’ve re-read it twice since the pandemic lockdown began. It scares the shit out of me.

AK: Probably Dennis Lehane’s Mystic River, if only because I keep writing and talking about how much that book influenced my writing of Miracle Creek, particularly the structure.

AK: Jennifer Egan’s A Visit From the Goon Squad. It’s a literary Pulp Fiction, a movie that blew my mind. Also, I can’t believe she wrote a whole chapter in Powerpoint!

AK: Ted Chiang’s Exhalation (and, right before that, his Stories of Your Life). These books also completely blew my mind. So smart and thought-provoking. My next pick for my book club for sure!

AK: Cathleen Schine’s The Grammarians. It’s a must-read for writers and anyone obsessed with words and language.

AK: Kevin Wilson’s Nothing to See Here. Just thinking about that book makes me laugh.

AK: Steph Cha’s Your House Will Pay, a novel based on the 1991 murder of an African-American teenage girl by a Korean immigrant grocer in LA. Powerful and important.

AK: Anna Solomon’s The Book of V, which is coming out in a few weeks!

Angie Kim is the author of the national bestseller Miracle Creek, named a “Best Book of the Year” by TIME, The Washington Post, Kirkus, Real Simple, Library Journal, The Today Show, Amazon, and Hudson Booksellers, and a Good Morning America Hot Summer Read. Kim is one of Variety Magazine’s “10 Storytellers to Watch,” and has written for Vogue, The New York Times, The Washington Post, Glamour, Salon, and Slate. She moved from Seoul, Korea, to Baltimore as a preteen, and attended Stanford University and Harvard Law School, where she was an editor of the Harvard Law Review. A former trial lawyer, she now lives in Northern Virginia with her husband and three sons, and is at work on her next novel.