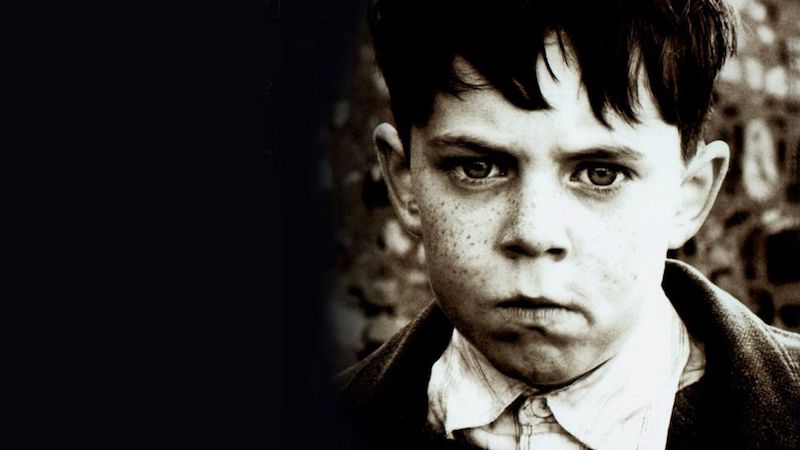 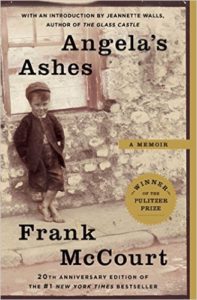 “‘I know when Dad does the bad thing,’ Frank McCourt writes of his father in this remarkable new memoir. ‘I know when he drinks the dole money and Mam is desperate and has to beg at the St. Vincent de Paul Society and ask for credit at Kathleen O’Connell’s shop but I don’t want to back away from him and run to Mam. How can I do that when I’m up with him early every morning with the whole world asleep? He lights the fire and makes the tea and sings to himself or reads the paper to me in a whisper that won’t wake up the rest of the family.’

Frankie’s father tells him stories about great Irish heroes like Cuchulain and makes up stories about their neighbors down the street. He tells Frankie about ‘the old days in Ireland when the English wouldn’t let the Catholics have schools,’ and he tells him about the world beyond the shores of Ireland where men like Hitler, Mussolini and ‘the great Roosevelt’ make history. He bequeaths to Frankie two things: a childhood of awful, bone-chilling poverty and illness, and a magical gift for storytelling. 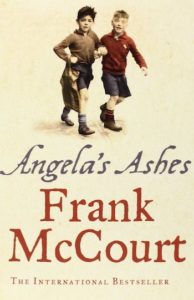 “Frank McCourt, who taught writing for many years in the New York public school system, waited more than four decades to tell the story of his childhood, and it’s been well worth the wait. With Angela’s Ashes, he has used the storytelling gifts he inherited from his father to write a book that redeems the pain of his early years with wit and compassion and grace. He has written a book that stands with The Liars Club by Mary Karr and Andre Aciman’s Out of Egypt as a classic modern memoir.

There is not a trace of bitterness or resentment in Angela’s Ashes, though there is plenty a less generous writer might well be judgmental about. Indeed Mr. McCourt’s childhood is, as he has said, ‘an epic of woe.’ Besides a father who drank away the family’s meager food money and a mother who was reduced to begging, there were three siblings who died in infancy from illness. The McCourts were too poor to afford sheets or blankets for their flea-infested bed, too poor to buy new shoes for the children, too poor to get milk for the new baby. A boiled egg was considered a luxury, a bit of discarded apple peel a coveted treat.

“Writing in prose that’s pictorial and tactile, lyrical but streetwise, Mr. McCourt does for the town of Limerick what the young Joyce did for Dublin: he conjures the place for us with such intimacy that we feel we’ve walked its streets and crawled its pubs. He introduces us to the schoolmasters who terrorized (and occasionally inspired) their pupils, the shopkeepers who extended credit to the poor and the priests who listened to the confessions of young boys preoccupied with sex and sin and shame 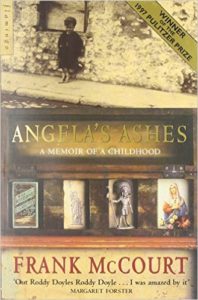 “In the end, of course, Mr. McCourt’s memoir is not just the story of his family’s struggles, but the story of his own sentimental education: his discovery of poetry and girls, and his efforts to come to terms with God and death and faith. By 11, he’s the chief breadwinner for the family. By 15, he’s lost his first girlfriend to tuberculosis. By 19, he’s saved enough money to make his escape to the States.

The reader of this stunning memoir can only hope that Mr. McCourt will set down the story of his subsequent adventures in America in another book. Angela’s Ashes is so good it deserves a sequel.