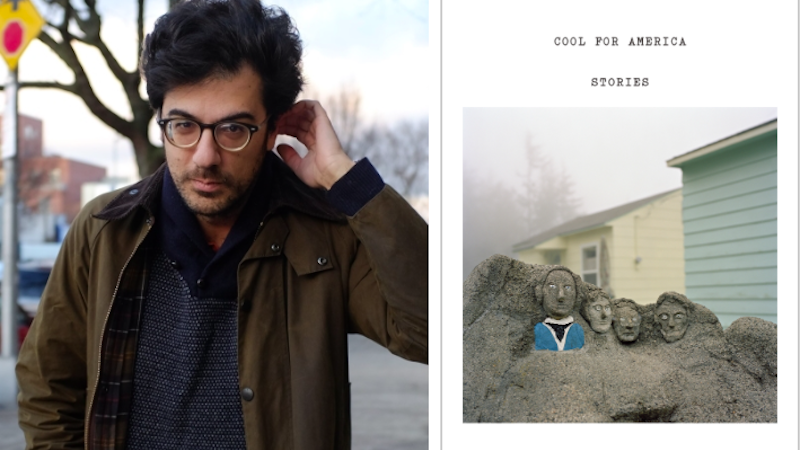 This week, we spoke to Early Work and Cool for America author Andrew Martin.

Andrew Martin: The Call of the Wild by Jack London made me a dog lover for life. Poor Buck! I probably read it twenty times before I turned ten, and never again since. I just learned there is a film adaptation starring Clark Gable and Loretta Young from 1935, so maybe I’ll watch that.

AM: The first third or so of Moby-Dick: Ishmael sharing the bed with Queequeg, Father Mapple’s sermon, the introduction of Ahab and the crew. Once they start doing things I usually break off.

AM: Maybe the stories and short novels of the Chilean writer Alejandro Zambra. Versions of his characters—often writers, often hapless—appear across his books and stories, culminating in the collection My Documents, in which themes and character-types criss-cross and repeat without quite being linked. That book was a big inspiration for my story collection.

AM: The structure of The Golden Notebook is truly mind-blowing. It took me a while to realize what she was doing, and then once I did, it became clear that it was one of the most formally ingenious books ever.

AM: Andy Warhol by Wayne Koestenbaum. Gary Indiana recommended it in his pan of the new Warhol biography, and I can confirm that it is great, and definitely much shorter than the more recent one.

AM: Ernesto by Umberto Saba.

AM: Chris McCormick’s great novel The Gimmicks is about Armenian history and professional wrestling, both of which are dear to my heart. I hope his book inspires many imitators.

AM: The Babysitter at Rest by Jen George is insanely funny, as long as the idea of an art school where the main activity is burying dead horses under the Aqueduct racetrack sounds funny to you. If not, definitely do not read it.

AM: I wish I had read more books by women. Grace Paley’s work was one of the most revelatory things I read in college—I definitely would have been less of a shit as a teen if I’d read her sooner.

AM: The individual editions of Amy Hempel and Deborah Eisenberg stories are really good gifts. After they publish the “collecteds” it gets harder to find those original volumes, which each have their own distinct character and pace, and great covers. Also, no one doesn’t like Laurie Colwin, and not everyone has read her, so her books are usually good choices, too.

AM: I don’t know if I hate any classic books; I hate the idea of hating books in general. I do hate the way that some books, usually because they’re part of a reading curriculum—1984, The Catcher in the Rye, Lolita—become symbols rather than individual texts. I get sick of them as points of reference, through no fault of the books themselves.

AM: I should really finish a Henry James book someday. All the writers I love, including my partner, love him, but somehow it never seems like the right time for The Golden Bowl.

AM: The Line of Beauty by Alan Hollinghurst is crammed full of amazing sex scenes, and amazing non-sex scenes.

AM: “No one” is a stretch, but I’m surprised that Zachary Lazar’s recent novel Vengeance doesn’t get talked about more, because I think it does something really interesting and unique. It’s about a writer who gets involved in the life of a prisoner at Angola, who is serving a life sentence for a murder he says he didn’t commit. It’s kind of a meta-fiction about the justice system and black Southern life, and it is very good.

AM: I think JM Coetzee’s first decade of the 21st century—Youth, Elizabeth Costello, Slow Man, Diary of a Bad Year and Summertime—counts as a great (and funny!) interconnected novel/memoir.

AM: Mostly I’m reading movies—thanks, pandemic—but Innocence by Penelope Fitzgerald, Fools Crow by James Welch, Marking Time: Art in the Age of Mass Incarceration by Nicole R. Fleetwood, and Travelers Leaving for the City by Ed Skoog are all “in progress.”

AM: The Mandarins by Simone de Beauvoir is crying out desperately to be a mega miniseries. Surely someone is working on it.

Andrew Martin’s first novel, Early Work, was a New York Times Notable Book of 2018 and a finalist for the 2019 VCU Cabell First Novelist Award. His stories and essays have been published in The Paris Review, The Atlantic, The New York Review of Books, Harper’s Magazine, and T: The New York Times Style Magazine. He lives in New York with his partner, Laura, and their dog, Bonnie. His collection of short stories, Cool for America, will be published on July 7. 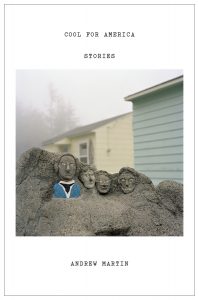 Andrew Martin’s Cool for America is out on July 7 from Farrar, Straus and Giroux