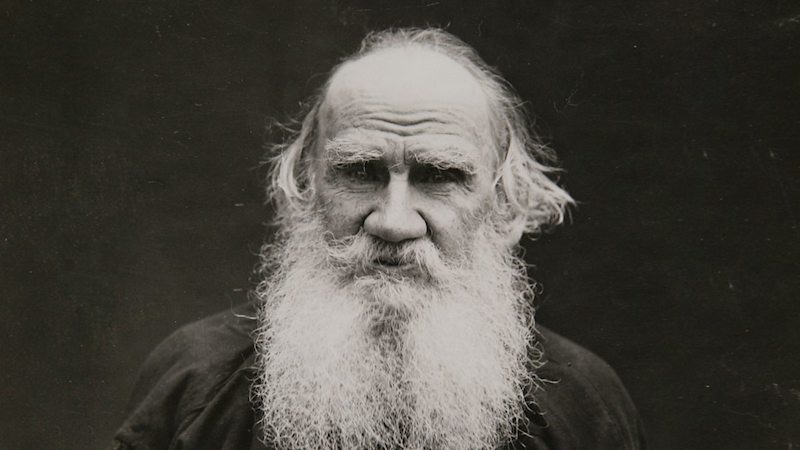 A century and a half after its initial publication, this 1,200 page hybrid work of history, fiction, and philosophical inquiry—which chronicles the French invasion of Russia and the impact of the Napoleonic era on Tsarist society through the stories of five aristocratic families—is still considered to be one of the greatest works of realist literature ever written.

It wasn’t, however, until 1886 that even the first section of the book was translated into English, whereupon it received this less-than-stellar review in the New York Times. While the critic admires the power of Tolstoy’s vision, he takes issue with the quality of the translation, the coldly analytical form, the pervasive fatalism, and what he refers to as the author’s “sentimentalist’s passion for making everything go wrong.”

Happy birthday, Leo. We’re sorry to be celebrating it with such a downer review. 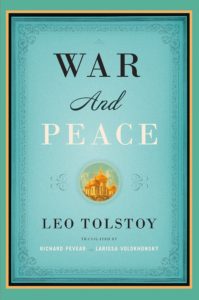 We can know only that we know nothing. And that is the highest degree of human wisdom.

“Count Leo Tolstoi’s six-volume historical romance. Voina i Mir (War and Peace), the earlier installments of which were published in Russia as long ago as 1867, has at length found its way across the Atlantic under the double disadvantage of having been translated from Russian into French and from French into English. The version now before us comprises only the first and least successful portion of the work, which, treating as it does of Russia’s three successive struggles against Napoleon, naturally deepens in tragic grandeur in proportion as it nears its culminating point, the great national martyrdom of 1812.

“Lacking alike the epic fire of Prince Cerebreni and the deep human interest of Yury Miloslavski, his writings display in full measure the cold analytical scrutiny and philosophic disquisition which are usually supposed to belong to the province of the historian rather than to that of the novelist. In fact, War and Peace may be called an illustrated historical essay rather than a novel, there being no semblance of a plot, and the characters serving to develop the public events rather than being developed by them. This inversion of the usual rule, together with the subtle but unmistakable savor of fatalism which pervades the whole work, disturbs the reader with the same sense of vague discomfort that must have chilled many of Count Tolstoi’s foreign admirers when they found their hero living in a shabby, comfortless, untidy house a little way out of Moscow, where carpets and clean tablecloths appeared to be equally rare.

Along with Lord Lytton’s tendency to philosophize, his Russian disciple has imbibed in all its fullness the great sentimentalist’s passion for making everything go wrong. One of the heroes of his present work gambles away a fortune at cards. Another is reduced to the ranks for some madcap escapade, and then all but killed in a duel. A third, having married a woman whom he detested, falls in battle just as he has satisfactorily got rid of her…Nor are the ladies a whit more fortunate than the gentlemen. Jealousies, disappointments, misunderstandings, rejections of the right man in favor of the wrong one, family troubles, domestic bereavements, broken hearts, and sudden deaths encounter us so incessantly that when the great doomsday of 1812 begins to darken over the closing scenes of the story, instead of regarding it as a calamity, we hail it as a seasonable and very appropriate climax, sent to cut short all these prolix serials of agony, and to make everybody heartily and comfortably miserable at once.

It would be unfair to Count Tolstoi, however, to regard him merely as one whose two great commandments were (as Macaulay pointedly said) ‘to hate your neighbor and to love your neighbor’s wife.’ When he does take the double to elaborate either a scene or a character his success is undeniable.

“But however much we may admire the power with which our author sets forth his peculiar historical views, it is impossible to feel a shadow of sympathy with those views themselves. He is, in face, a staunch disciple of that new school of criticism which (as an eminent satirist has very aptly observed) ‘turns all history into an almanac’ and supposes all great political changes to be merely recurring phenomena, as inevitable and as completely beyond human control as the succession of the seasons.”