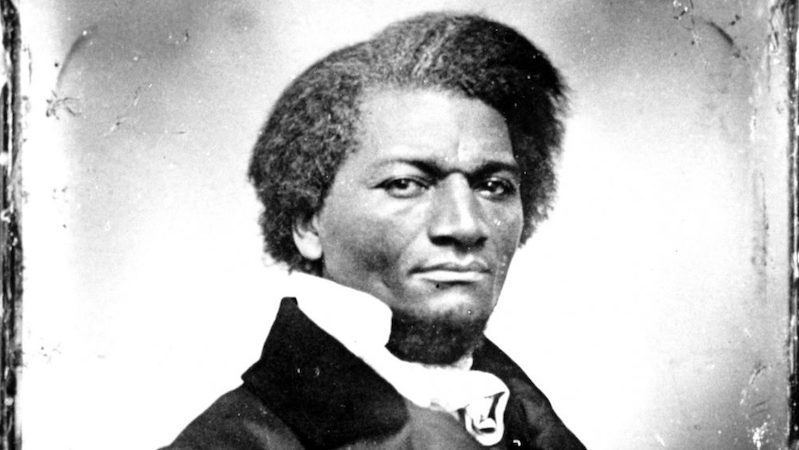 An 1845 Review of Narrative of the Life of Frederick Douglass

"It is an excellent piece of writing, and on that score to be prized as a specimen of the powers of the Black Race, which Prejudice persists in disputing"

Today marks the one hundred and twenty-forth anniversary of the death of Frederick Douglass. Douglass—who escaped from bondage to become a towering abolitionist, orator, and statesman—penned what is generally considered to be the most iconic and influential slave narrative of the period, Narrative of the Life of Frederick Douglass. First published in 1845 to quell doubts about his origins, the memoir was an instant success, selling 5,000 copies within four months and almost 30,000 by 1860.

Now considered a foundation text in the history of American civil rights literature, we thought we’d take a look back at one of the very first reviews of this vital and groundbreaking work. 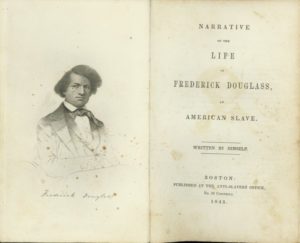 I have often been utterly astonished, since I came to the North, to find persons who could speak of the singing among slaves as evidence of their contentment and happiness. It is impossible to conceive of a greater mistake. Slaves sing most when they are most unhappy. The songs of the slave represent the sorrows of his heart; and he is relieved by them, only as an aching heart is relieved by its tears.

“Frederick Douglass has been for some time a prominent member of the Abolition party. He is said to be an excellent speaker—can speak from a thorough personal experience—and has upon the audience, beside, the influence of a strong character and uncommon talents. In the book before us he has put into the story of his life the thoughts, the feelings and the adventures that have been so affecting through the living voice; nor are they less so from the printed page. He has had the courage to name the persons, times and places, thus exposing himself to obvious danger, and setting the seal on his deep convictions as to the religious need of speaking the whole truth. Considered merely as a narrative, we have never read one more simple, true, coherent, and warm with genuine feeling. It is an excellent piece of writing, and on that score to be prized as a specimen of the powers of the Black Race, which Prejudice persists in disputing. We prize highly all evidence of this kind, and it is becoming more abundant. The Cross of the Legion of Honor has just been conferred in France on Dumas and Souliè, both celebrated in the path of light literature. Dumas, whose father was a General in the French Army, is a Mulatto; Souliè, a Quadroon. He went from New-Orleans, where, though to the eye a white man, yet, as known to have African blood in his veins, he could never have enjoyed the privileges due to a human being. Leaving the Land of Freedom, he found himself free to develope the powers that God had given.

“We feel that his view, even of those who have injured him most, may be relied upon. He knows how to allow for motives and influences. Upon the subject of Religion, he speaks with great force, and not more than our own sympathies can respond to. The inconsistencies of Slaveholding professors of religion cry to Heaven. We are not disposed to detest, or refuse communion with them. Their blindness is but one form of that prevalent fallacy which substitutes a creed for a faith, a ritual for a life. We have seen too much of this system of atonement not to know that those who adopt it often began with good intentions, and are, at any rate, in their mistakes worthy of the deepest pity. But that is no reason why the truth should not be uttered, trumpet-tongued, about the thing. “Bring no more vain oblations”; sermons must daily be preached anew on that text. Kings, five hundred years ago, built Churches with the spoils of War; Clergymen to-day command Slaves to obey a Gospel which they will not allow them to read, and call themselves Christians amid the curses of their fellow men.—The world ought to get on a little faster than that, if there be really any principle of improvement in it. The Kingdom of Heaven may not at the beginning have dropped seed larger than a mustard-seed, but even from that we had a right to expect a fuller growth than can be believed to exist, when we read such a book as this of Douglass. Unspeakably affecting is the fact that he never saw his mother at all by day-light.

I do not recollect of ever seeing my mother by the light of day. She was with me in the night. She would lie down with me, and get me to sleep, but long before I waked she was gone.

The following extract presents a suitable answer to the hacknied [sic] argument drawn by the defender of Slavery from the songs of the Slave, and is also a good specimen of the powers of observation and manly heart of the writer. We wish that every one may read his book and see what a mind might have been stifled in bondage,—what a man may be subjected to the insults of spendthrift dandies, or the blows of mercenary brutes, in whom there is no whiteness except of the skin, no humanity except in the outward form, and of whom the Avenger will not fail yet to demand—’Where is thy brother?’ “