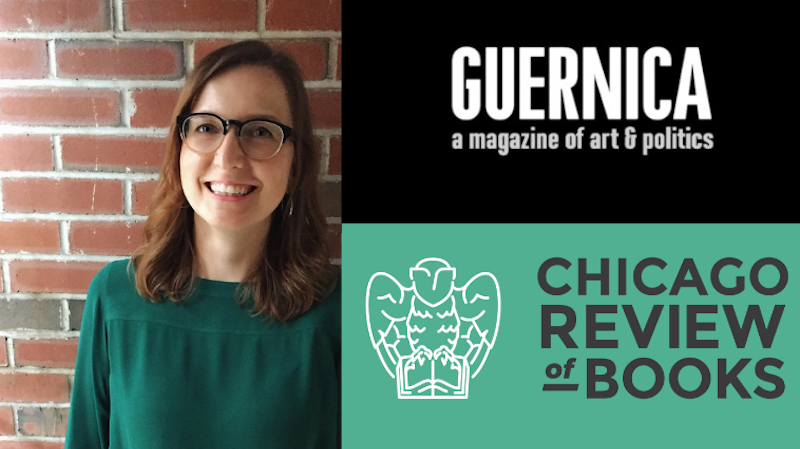 Amy Brady on Rita Indiana, Rachel Carson, and the Literature of Climate Change

"History proved the champions of Silent Spring right, and I think history will do the same for those of us who support thoughtful journalistic accounts on climate change"

This week we spoke to the New York City-based critic and publisher, Amy Brady. 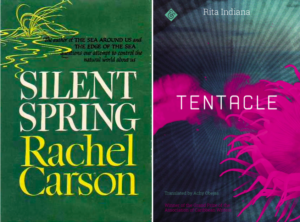 Amy Brady: I would love to have reviewed Silent Spring by Rachel Carson. When it was first published, a few prescient critics predicted the influence it would have on the environmental movement, but many wrote it off as “alarmist”—a word I see used today by critics who underestimate the importance of some books on climate change. History proved the champions of Silent Spring right, and I think history will do the same for those of us who support thoughtful journalistic accounts on climate.

AB: The first English edition of Rita Indiana’s Tentacle came out in paperback this past January, and it didn’t receive as much coverage as it deserved. This strange and beautiful novel covers a lot of ground; it touches on climate change, colonialism, transgender identity, and economic inequality, and features a magical sea anemone to boot. It’s basically my dream book. But more importantly it was written by a Dominican author living in Puerto Rico who was directly impacted by Hurricane Maria. Voices like Indiana’s are vital to our literary conversations in general and especially to those that address climate change.

AB: I think that some readers believe that the job of a book critic is to tell you whether they liked a book, and I suppose that’s true to an extent. But to my mind, being a good critic means thinking beyond how I feel about a book to determine why I feel that way. Did I bring certain preconceptions or expectations to the book that weren’t met? And if so, is it fair to judge a book against them? Those are important questions I try never to leave unanswered, at least for myself, before I start writing. The best critics are also those who can engage with books on multiple levels—their formal structures, sure, but also their cultural and historical contexts, and ideally, within a discussion of other, similar books. I think a critic does a disservice to her readers if she isn’t engaged with the bigger picture.

AB: I’ve only been a critic in the age of social media, so it’s hard to say for sure. But I’ve read a lot of criticism from the early and mid-twentieth century, and what always strikes me about those critics is how they seem to have been having a conversation with each other as well as with the books they were reviewing. I think we still respond to each other today, but many of our responses now come in the form of tweets instead of 1,000 thoughtful words. I’m not sure that’s necessarily a good thing. (It’s also not necessarily our fault—major papers and magazines have all but completely slashed their budgets for arts coverage.) On the other hand, most of the critics I’ve read from the early and mid-twentieth century are white men because that’s who held most of the jobs. Social media and the Internet more generally have opened up spaces for less privileged but equally (or more) brilliant critics to voice their opinions, and that’s made the field of criticism so much richer and smarter.

AB: I can’t pick just one! I’ll read anything by Katy Waldman, Ismail Muhammad, or Ilana Masad. I suppose naming Kathryn Schultz is a cliché at this point, but I often turn to her reviews to remind myself how to write a good sentence. Inkoo Kang, Lara Zarum, and April Wolfe are three culture critics who focus more on film and television, but they are so smart. I learn something every time I read their work.

Amy Brady is the Deputy Publisher of Guernica magazine and the Editorial Director of the Chicago Review of Books, where she writes a monthly column on contemporary literature and climate change. Her writing has appeared in Oprah magazine, The New Republic, Pacific Standard, the Village Voice, the Los Angeles Times, Catapult, and several other places. She holds a PhD in English from the University of Massachusetts Amherst and has won awards from the National Science Foundation, the Bread Loaf Environmental Writers Conference, the Center for Research Libraries, and various academic organizations. She is also the recipient of a CLIR/Mellon Library of Congress Research Fellowship.