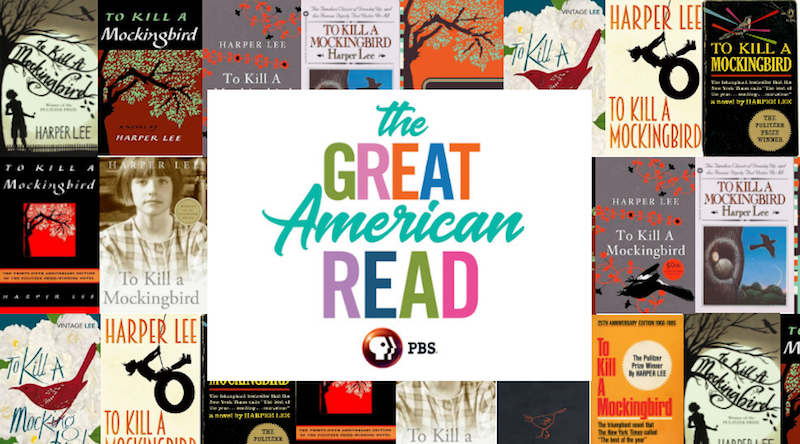 The people have spoken, and spoken loudly, voting Harper Lee's 1960 classic to the top spot in PBS' Great American Read

I don’t know about you, but when I think about America’s most beloved book, my mind doesn’t immediately turn to Outlander, Diana Gabaldon’s sexy, time-traveling historical romance. Clearly I know nothing, though, because the book (or, to be more accurate, the entire eight book series) garnered enough votes to claim an extremely respectable second place in PBS’ The Great American Read—the eight-part series, which ended last night, that explored and celebrated the power of reading, told through the prism of America’s 100 favorite novels.

There was, however, only ever going to be one winner. Harper Lee’s 1960 coming-of-age novel of racial injustice and familial love in the American South, To Kill a Mockingbird, led the pack from the first week, and kept that lead for the entire five months of voting. It also topped the list of votes in every single state except North Carolina (who went for Outlander) and Wyoming (whose denizens preferred Lord of The Rings). Last night in the show’s grand finale—after five themed episodes, dozens of celebrity endorsements of everything from Pride and Prejudice to The Godfather, and more than 4 millions votes cast countrywide—the book was officially named America’s Favorite Novel.

Indisputably one of the best-loved American stories of all time, To Kill a Mockingbird has been translated into more than forty languages, sold more than forty million copies worldwide, served as the basis for an Oscar-winning film starring Gregory Peck, and consistently voted one of the best novels of the twentieth century by librarians across the country.

For the past five weeks, the day after each themed episode of The Great American Read, we’ve been searching back through our Classic Reviews Archive to bring you the first reviews of some of the most iconic novels of the last century and now, at the end of this extensive, sea to shining sea search, we’re taking you almost sixty years into the past to show you what the critics first wrote about To Kill a Mockingbird. 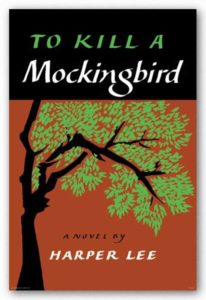 “In her first novel, Harper Lee writes with gentle affection, rich humor, and deep understanding of small-town family life in Alabama … Macomb has its share of eccentrics and evil-doers but Miss Lee has not tried to satisfy the current lust for morbid, grotesque tales of Southern depravity … The dialogue of Miss Lee’s refreshingly varied characters is a constant delight in its authenticity and swift revelation of personality. The events connecting the Finches with the Ewell-Robinson lawsuit develop quietly and logically, unifying the plot and dramatizing the author’s level-headed plea for interracial understanding … it is no disparagement of Miss Lee’s winning book to say that it could be the basis of an excellent film.” 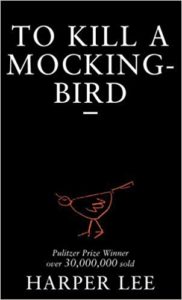 “The rape trial, Jem’s helling, and even Boo Radley are deeply involved in the irregular and very effective education of Scout Finch. By the time she ends her first-person account at the age of nine, she has learned that people must be judged, but only slowly and thoughtfully.

Author Lee, 34, an Alabaman, has written her first novel with all of the tactile brilliance and none of the preciosity generally supposed to be standard swamp-warfare issue for Southern writers. The novel is an account of an awakening to good and evil, and a faint catechistic flavor may have been inevitable. But it is faint indeed; Novelist Lee‘s prose has an edge that cuts through cant, and she teaches the reader an astonishing number of useful truths about little girls and about Southern life.” 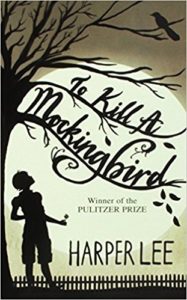 “All the magic and truth that might seem deceptive or exaggerated in a factual account of a small town unfold beautifully in a new first novel called To Kill a Mockingbird. At a time when so many machine-tooled novels are simply documentaries disguised behind a few fictional changes, it is pleasing to recommend a book that shows what a novelist can accomplish with quite familiar situations … To Kill A Mockingbird opens the chrysalis of childhood quietly and dramatically … Miss Lee’s characters are people to cherish in this winning first novel by a fresh writer with something significant to say, south and north.” 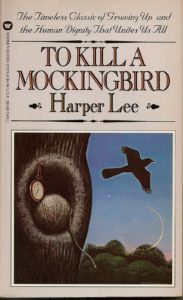 “Almost all the elements of the ‘southern’ novel are to be found somewhere or other in Harper Lee’s To Kill a Mockingbird, but they seem to wear a look of innocence, an aura of freshness, as if we were encountering them for the very first time … there are memorable moments in this story, some vivid and candid portraits in black and white, a gentle, persuasive humor, and a glowing goodness in the central figures. There is a timelessness about them and Miss Lee’s novel leaves one feeling that they will prevail in the difficult and painful adjustments the South must inevitably make. At least one has hope, and is grateful for it.” 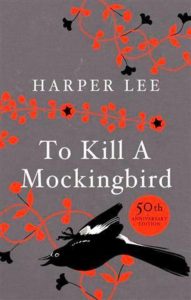 “Harper Lee’s To Kill A Mockingbird is sugar-water served with humor … It is frankly and completely impossible, being told in the first person by a six-year-old girl with the prose style of a well-educated adult. Miss Lee has, to be sure, made an attempt to confine the information in the text to what Scout would actually know, but it is no more than a casual gesture toward plausibility … A variety of adults, mostly eccentric in Scout’s judgment, and a continual bubble of incident make To Kill A Mockingbird pleasant, undemanding reading.” 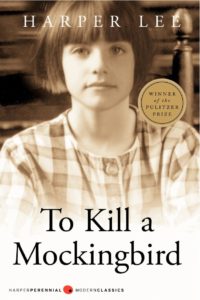