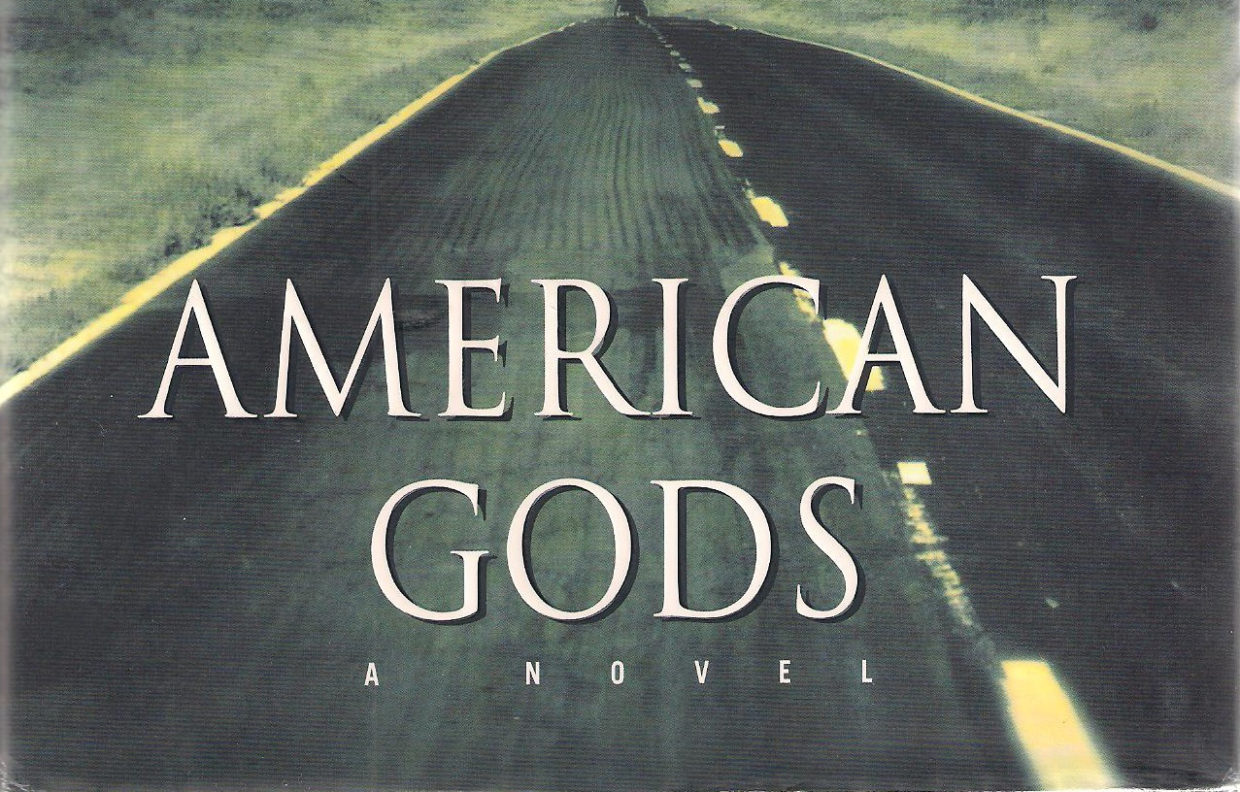 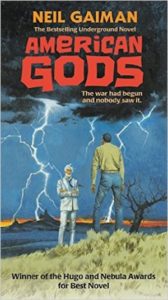 Gods die. And when they truly die they are unmourned and unremembered. Ideas are more difficult to kill than people, but they can be killed, in the end.

“As with most noir heroes, we meet Shadow, the protagonist of Neil Gaiman’s hard-boiled fantasia, American Gods, after he’s lost everything. Fresh from doing three years in prison for a stupid crime, he learns that his beloved wife, Laura, is dead, killed in a car accident with his best friend, the guy who’d promised him a job when he got out. To make matters worse, he has a series of unsettling encounters with a persistent older gentleman in a pale suit. Each meeting seems to be the result of extravagantly improbable chance, and the gentleman, who offers Shadow a job as his bodyguard, just won’t take no for an answer.

“If you have a basic knowledge of mythology (or, for that matter, etymology, or, really, if you just have a good dictionary) and a vague idea of what American Gods is about, you can figure out this fellow’s real identity pretty easily. Shadow, however, hasn’t yet realized that he’s stumbled into a kind of underground, a loosely connected network of burned-out, down-on-their-luck deities, the remnants of every god, godling or other supernatural being that any person who ever set foot in America has ever believed in. 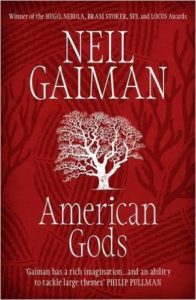 “Shadow goes through some of the requisite hard-boiled experiences — getting kidnapped and beat up by the bad guys, discovering that his employer hasn’t been exactly honest with him and so on — along with a few others that never crop up in Chandler and Hammett. A magical coin, given to him by a drunk claiming to be a leprechaun, a token that Shadow tosses into his wife’s grave, has the unnerving result of reanimating her, and while she’s unquestionably dead, she helps him out of a few scrapes. The characters in TV sitcoms drop their shtick and look out of the screen to address him directly, trying to talk him into joining the new gods. And then there are the weird dreams Shadow keeps having about a buffalo-headed figure who issues a series of cryptic pronouncements. But none of this is quite as creepy as Lakeside, the small Michigan town where he holes up for a while, a place that’s just a little bit too good to be true.

“With its mythological echoes, puns, in jokes and other decodable references, American Gods will delight the sort of reader who likes to hunt for such things. The novel also has a big theme about the nature of America, which, most of the characters insist, is ‘a bad land for gods,’ supposedly because we get tired of them and they dwindle from insufficient worship. This, it must be said, doesn’t jibe with reality, and perhaps that’s because Gaiman is British. When Mr. Jacquel observes that ‘Jesus does pretty good over here,’ well, that’s an understatement. 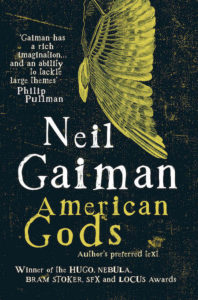 “But the slightly off skew of its take on the U.S. doesn’t really matter much, for American Gods is a crackerjack suspense yarn with an ending that both surprises and makes perfect sense, as well as many passages of heady, imagistic writing. And for all that he’s missed in the American propensity for religious fanaticism, Gaiman has exactly nailed the way we talk.

“Whatever its loftier intentions, American Gods is a juicily original melding of archaic myth with the slangy, gritty, melancholy voice of one of America’s great cultural inventions — the hard-boiled detective; call it Wagnerian noir. The melting pot has produced stranger cocktails, but few that are as tasty.”

Listen: Neil Gaiman talks to Paul Holdengräber about life, death, and the work of Dennis Potter.