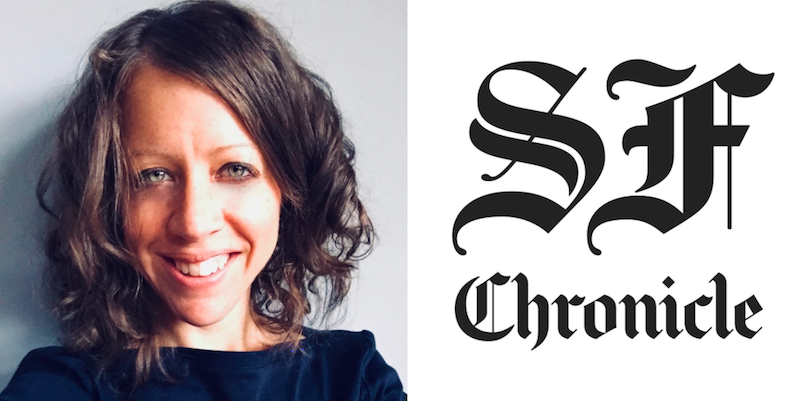 "Just because many of us read all day for work, that doesn’t mean we are always in our pajamas. Because: gross."

This week we spoke to writer, editor, and book critic Alexis Burling.

Book Marks: What classic book would you love to have reviewed when it was first published?
Alexis Burling: My gut-reaction answer would have to be Tolstoy’s War and Peace. I know, I know. It’s a gazillion pages. So many characters! So many epic battle scenes! So much kvetching! (I’m looking at you, Pierre.) But, really, I would argue that every word in that book is necessary. What’s that well-known quote from the book? “We can know only that we know nothing. And that is the highest degree of human wisdom.” Indeed, Tolstoy. Indeed.

I took a class on War and Peace in college that was taught by renowned Russian literature scholar and critic Gary Saul Morson. Maybe it was because I hadn’t yet been exposed to such lofty ideas at that wee age, but I became obsessed with the book and my opinion on it hasn’t really waivered over the years. In fact, I reread it (or a different translation) every 10 years or so and still enjoy picking it apart. Of course, my attention span has been shot to hell so it takes me much longer to read the darn thing, but that doorstopper still holds up.

The other book I’d pick is Doris Lessing’s The Golden Notebook. There’s so much to sink your teeth into in that novel having to do with politics, gender roles, motherhood, writing. The way the book is structured via different notebooks appeals to my compartmentalized brain, and the protagonist’s inner monologue about what it means to be an independent, thinking, sexualized woman speaks volumes about the trajectory of the women’s movement throughout recent history. No, it’s not a feminist manifesto, but it’s a fascinating and multi-layered read, especially when put into context of when the book was written and what’s going on today.

BM: What unheralded book from the past year would you like to give a shout-out to?
AB: Hmm. Can I cheat a bit? None of these are exactly unheralded, but the first book that came to my mind was published in 2016: Pond by Claire-Louise Bennett. It’s a series of interconnected short stories about a nameless narrator and self-professed putterer in Ireland who lives by herself in a cozy cottage near a pond. Most of the vignettes are short and each dances around a Big Theme (solitude, the turbulence of aging, lust and longing, craving and cowardice, etc.) while also fixating on minutiae (a deteriorating three-burner stove, for example). The prose is spare yet vivid and the experience of reading the book is unlike any I’ve experienced.

As for 2017, I’ll recommend two books. The first is a debut novel by Karl Geary called Montpelier Parade. It’s a simple yet solid story about a working-class teenage boy who falls in love with a posh older woman. The book is set in 1980s Dublin and the stratification of class is keenly felt throughout the book. Geary has an ear for snappy dialogue too. The other is a wonderful novel by fellow book critic Joan Frank called All the News I Need. It focuses on the renewed friendship between Ollie, a cranky old gay man, and his best-friend’s wife, Fran, after both of their spouses have died. I loved Ollie’s cantankerous quirks and when the two decide to embark on an ill-fated three-week trip to France, the result is simultaneously hilarious, heartbreaking, and… yes… uplifting.

Lastly, I’ll plug a haunting and powerful book coming up in 2018: Brother by David Chariandy. Informed by Chariandy’s experience growing up as a person of color in 1990s Toronto, the novel follows the coming of age of two mixed-heritage brothers as their paths converge and are eventually ripped apart by tragedy. I don’t want to give away too much, but: Wow.

BM: What is the greatest misconception about book critics and criticism?
AB: How about the idea that everyone can be a book critic? That all it takes to write a worthwhile review is just a quick read of a book and then a dribbling out of your off-the-cuff opinion? Anyone who contributes to this column can tell you that reviewing a book is definitely not an easy, zippy process. There’s research involved—reading an author’s past work(s) to put the current book in context, maybe reading an interview or two to see where the author was coming from when he/she wrote the book, plus keeping on top of what else has been or is being published about the subject. Then there’s the taking notes while reading (well, I do that) and the working and reworking of sentences and paragraphs that hopefully come together into a cohesive and un-stuffy package that will do the book justice. Maybe it sounds a bit like I’m tooting the collective book-critic horn, but as with any profession, the job requires training, humility, and lots of practice.

And, might I add, here’s a newsflash about book critics in general: Just because many of us read all day for work, that doesn’t mean we are always in our pajamas. Because: gross.

BM: How has book criticism changed in the age of social media?
AB: After my shpeal above, I would be remiss if I didn’t say that there is an important place for consumer-written book reviews on sites like Goodreads or even Amazon, as well as posts on personal blogs, plugs or links to reviews on Twitter, diatribes on Facebook feeds, etc. Curated sites like LitHub and pre-pub aggregators like NetGalley are important because they help more people find books they might not have discovered or had access to in the past. When access to information is free and taste sharing and open-minded discussions are encouraged, that’s a good thing—especially because the amount of real estate devoted to books in newspapers, magazines, and other types of media seems to be forever dwindling.

With that being said, where I think social media can hinder book criticism and the literary world in general is when trolls and other ne’er-do-wells or generally disgruntled people think it’s perfectly acceptable to openly and relentlessly trash a book, an author, or even a critic. I don’t need to get on a soapbox and recount the myriad ways in which social media can be damaging in modern life. But it’s extra disheartening to remember that sometimes when humans are left to their own devices (and airing their opinions), the outcome can be far from pretty.

BM: What critic working today do you most enjoy reading?
AB: Tricky question! There are so many critics I enjoy reading and many more I have yet to discover. I have utmost respect and appreciation for Maureen Corrigan, who is a book critic on NPR’s “Fresh Air.” It’s funny. Her segment often comes on either when I am driving or when I am in the middle of doing something in the kitchen…maybe cooking, baking bread, or emptying the dishwasher. As soon as I hear her voice, I lose track of whatever I am in the middle of. It’s like this weird time orb. Maybe it has something to do with the way she reads her reviews, or the fact that her words stand up on the page and on the air. Whatever the case may be, I am always impressed with the strength, lyrical flow, and balance of whatever she writes. In fact, listening to her reviews has helped me plot out and pace my own work from time to time. (Thanks, Maureen.)

Other than that, I was an early fan of Laura Miller, back when she wrote for Salon. And I have one word for Roxane Gay’s criticism in general: fierce. (And I mean that in the best way possible.)

Alexis Burling is a freelance writer and book critic. Her work has appeared in the San Francisco Chronicle, Chicago Tribune, the Washington Post, the New York Times Book Review, and elsewhere. When Burling isn’t crafting reviews of books for adults, she is writing nonfiction books for kids and teens, from biographies of famous changemakers to books addressing hot-button topics, such as race in America’s criminal justice system or violence against women. After living in New York City for nearly 15 years, she now lives in Portland, Oregon.