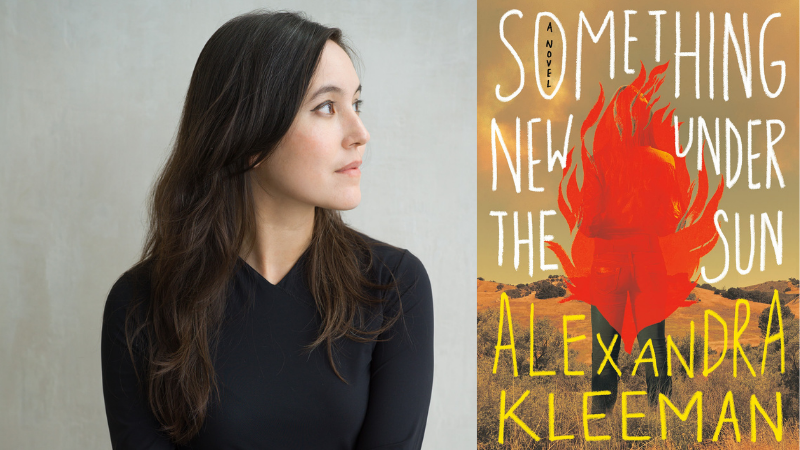 Alexandra Kleeman on Ubik, Song of Solomon, and The Phantom Tollbooth

This week, we spoke to the author of Something New Under the Sun, Alexandra Kleeman.

Alexandra Kleeman: The Phantom Tollbooth by Norton Juster, which I read every single day one summer when I was seven.

AK:The Unnameable by Samuel Beckett, which I read every year to remind myself of what consciousness is, and what it isn’t.

AK: At the party it’s standing next to Didion’s Play It as it Lays, but the high anxiety level of my book is making it hard for it to follow the thread…

AK: The Emissary by Yoko Tawada, the gentlest and funniest and most heartbreaking post-apocalyptic novel that’s ever been writ. In a completely different way, the ending of Katie Kitamura’s Intimacies touched an unexpected and joyful nerve in me, resulting in the other kind of tears.

AK: Mirror Shoulder Signal by Dorthe Nors—there’s one joke, specifically, in the back third that cracks me up whenever I think of it.

AK: Girls Against God by Jenny Hval, Garments Against Women by Anne Boyer, Braiding Sweetgrass by Robin Wall Kimmerer are all books which I’ve given many times over and which contain a piece of my heart.

AK: Song of Solomon by Toni Morrison, my first encounter with magical realism and a book with the heft of mythology.

AK: Trace by Lauret Savoy for the XR Writers Rebel book club, In Search of Nella Larsen: A Biography of the Color Line by George Hutchinson, With Teeth by the brilliant Kristen Arnett.

Alexandra Kleeman is the author of the novels Something New Under the Sun and You Too Can Have A Body Like Mine, as well as Intimations, a story collection. The winner of a Rome Prize, Berlin Prize, and the Bard Fiction Prize, her work has been published in The New Yorker, The Paris Review, Harper’s, The New York Times Magazine, and n+1, among others. She is an Assistant Professor at the New School and lives in Staten Island.