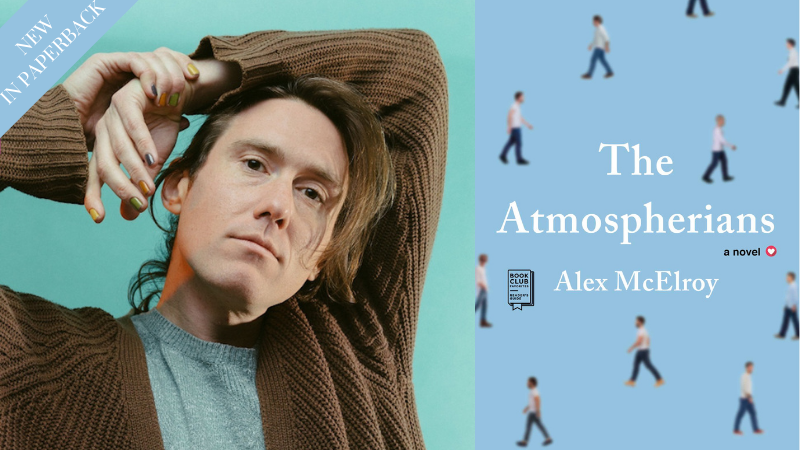 Rapid-fire book recs from the author of The Atmospherians

This week, we spoke to the author of The Atmospherians, Alex McElroy.

AMcE: Too many to name, but the most important ones are Tom McCarthy’s Remainder and Alexandra Kleeman’s You Too Can Have a Body Like Mine.

AMcE: Sneaking in two again: The Sea, The Sea by Iris Murdoch and A Separation by Katie Kitamura. The Murdoch book is a masterclass of self-deception, and Kitamura’s book is one of my favorite’s to teach–quietly shocking every time.

AMcE: Open by Rachel Krantz. An honest and more-tender-than-it-deserves-to-be-in-a-good-way portrait of a relationship coming undone.

AMcE: Image Control by Patrick Nathan. Nathan understands the contemporary culture world and how we got here better than anyone else. I return to his thoughts often.

AMcE: Casey Plett’s A Safe Girl to Love. A friend let me borrow this book when I moved to Brooklyn last year—I still have it, sorry!—and it truly changed my life.

AMcE: The Magic Mountain by Thomas Mann—I started it years ago but never finished. Now’s the time (I’ve been saying for months).

AMcE: Calamities by Renee Gladman. A profound meditation on repetition and moving forward. There is no other book like it.

AMcE: Easy Beauty by Chloe Cooper Jones, The Magic Mountain, Margaret and the Mystery of the Missing Body by Megan Milks, and Belladonna by Daša Drndic (though I put a post-it over the cover).

AMcE: Nevada by Imogen Binnie. It’s being reissued this year–hopefully that brings it the attention it deserves.

Alex McElroy is a nonbinary writer based in Brooklyn. Their debut novel, The Atmospherians, was a NY Times Editors’ Choice. Other writing appears in The Guardian, NY Times, New York Times Magazine, The Cut, The Atlantic, and elsewhere. Alex was named one of The Strand’s 30 Writers to Watch and has received fellowships from The Bread Loaf Writers’ Conference, The Tin House Summer Workshop, The Sewanee Writers Conference, The Inprint Foundation, The Elizabeth George Foundation, and The National Parks Service. 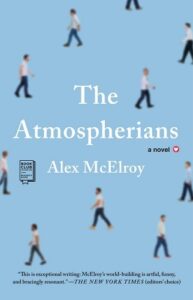