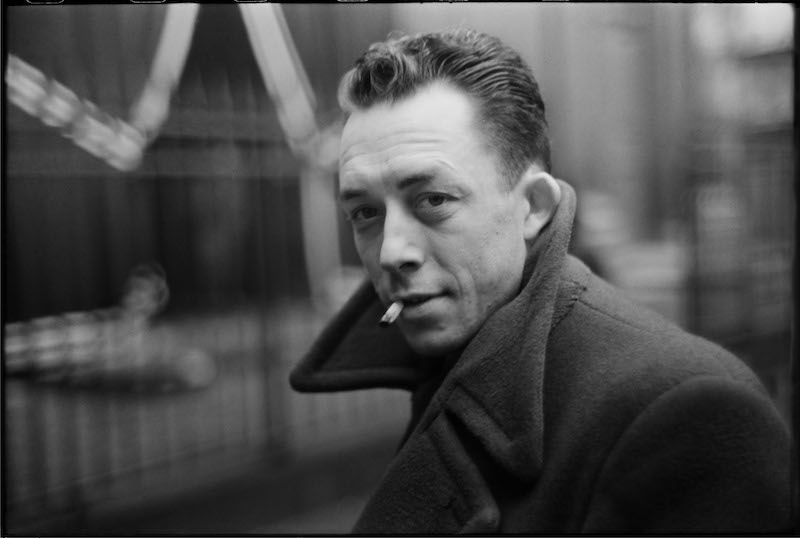 "Albert Camus Speaks of Happiness Against a Background of Despair"

A 1946 New Republic review of Camus' existentialist classic, The Stranger 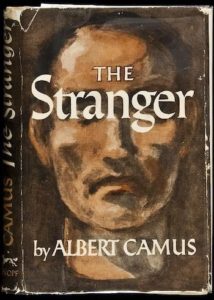 “We were born at the beginning of the First World War. When we were adolescents, we had the Depression. When we were twenty, Hitler came. Then we had the Ethiopian war; the Spanish war; Munich. This is what we got, in the way of an education. After which, we had the Second World War; the defeat; Hitler in our towns and homes. Born and brought up in such a world, what did we believe in? Nothing. Nothing but the stubborn negation into which we had been forced from the beginning. The world in which we had to live was an absurd world, and there was nothing else, no spare world in which we could take refuge. Confronted by Hitler’s terror, what values did we have that could comfort us, and which we could oppose to his negation? None. Had the problem been that of the failure of a political ideology, or of a governmental system, it would have been simple enough. But what was happening came from man himself. We could not deny it. We saw it confirmed every day. We fought Hitlerism because it was unbearable. And now that Hitler has disappeared, we know a few things. The first is that the poison that was in Hitler has not been eliminated. It is still there, in all of us. Anyone who speaks of human life in terms of power, of efficiency, of ‘historical tasks,’ is like Hitler: He is a murderer. Because if all there is to the problem of man is a ‘historical task’ of some kind, then man is nothing but the raw material of history, and anything can be done with him. There is another thing we know, and this is that we still cannot accept any optimistic view of human existence, no ‘happy end’ of any kind. But if we believe that to be optimistic about human existence is madness, we also know that to be pessimistic about man’s action among his fellow men is cowardly. We were against terror because terror is the situation where the only alternative is to kill or be killed, and communication among men becomes impossible. That is why we now reject any political ideology which raises global claims on human life. Any such ideology spells terror and murder. And we want the Reign of Terror to come to an end … In a bald and clumsy summary, this is what Albert Camus had to say when he was asked to lecture in New York on the subject of ‘The Crisis of Man.’

“In The Stranger, the admirable short novel now published in English, Albert Camus has in fact expressed the tragedy of integrity as a modern man can sense it. 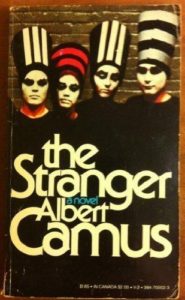 “Meursault is Everyman, with a vengeance. For his actions he has only one explanation, which is very tentative: ‘Though I mightn’t be so sure about what interested me, I was absolutely sure about what didn’t interest me.’ A quite common predicament. Except that Meursault acknowledges it. Because what is right is not clear to him, he can do wrong; but to lie would be to confuse the issue. He cannot do it. The tension of the story consists entirely of the obstinacy with which this man refuses to lie. We feel this tension from the very beginning, and from the very beginning we expect doom. Rather than a virtue, truthfulness here is a radical decision, something like a last defense. That is why the story is tragic. It is the tragedy of the ethical. No book in contemporary literature points with such soberness and directness to what we still call ‘a man’s soul.’ 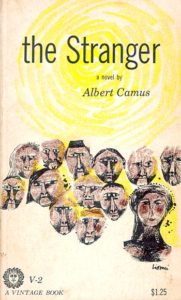 “Albert Camus speaks of happiness against a background of despair, and that is why his voice rings true. Aware as he is of the absurd, he stresses nothing like clear consciousness. And from the ultimate loneliness of man, he draws one consequence, which is the necessity today of reestablishing real communication among men, these ‘brother enemies’ divided more than ever before by false thoughts and violence.

These are reasonable paradoxes. They are not so very different from the ones the Greeks had to face. And we cannot help feeling in Camus’ voice a yearning for the return of a man who, however welcome in academic circles, has never since his death been readmitted to his proper place, which was the public place—Socrates, the simple wise man with a curious distinction.'”