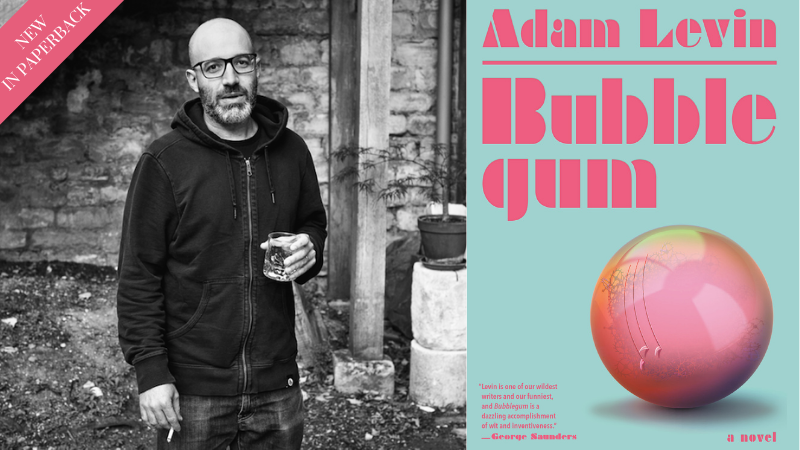 Adam Levin on Don Quixote, Franny and Zooey, and Slaughterhouse-Five

19 rapid-fire book recs from the author of Bubblegum

This week, we spoke to the author of Bubblegum (out now in paperback), Adam Levin.

It’s probably best to just say Don Quixote by Miguel de Cervantes, as it contains them all to one degree or another.

One that anyone who really knows me should have recommended to me years and years ago but didn’t because none of those people had read it yet (or at least claimed not have read it yet when I called them, hurt, to ask them why they hadn’t ever thought to recommend it to me): The Book of Daniel by E.L. Doctorow.

One that, despite having won the Booker, isn’t widely read enough in these United States: Milkman by Anna Burns.

One that so successfully pulled off a certain formal move I’d previously objected to that I was forced to reconsider the way I chose the books I would read and thereby changed the way I approached writing the books I would write: Eat the Document by Dana Spiotta.

A nonfiction one: Science and Human Behavior by B.F. Skinner, which helped to convince me that neither I nor anyone else even has a mind, let alone a blowable one.

AL: I read a lot of books at once lately, so it’s hard to say. I just re-read Jesse Ball’s The Divers’ Game, read Huysmans’ Against Nature and Mishima’s The Sailor Who Fell From Grace with the Sea for the first time, dipped in and out of Mishima’s collection Death in Midsummer (first time) and Catherine Lacey’s Certain American States (not the first time).

AL: How to Behave in a Crowd by Camille Bordas is the first that comes to mind, but I’m married to Camille Bordas, so I should probably name another one also, and so here is another one: Franny and Zooey.

AL: Ghost Engine by Christian TeBordo, my favorite story collection in a while.

AL: It’s not at all uncommon for me to laugh out loud when reading. The works of the vast majority of authors I love make me laugh out loud.

A recent novel by an author I love that made me laugh out loud far more frequently than most would be The Organs of Sense by Adam Ehrlich Sachs.

Another slightly less recent one that otherwise fits the above description: Dead Stars by Bruce Wagner.

A novel by an author I love containing a moment that made me laugh out loud for longer than I’ve laughed out loud at a single fictional moment (minutes!) in a number of years would be Novel 11, Book 18 by Dag Solstad.

In George Saunders’s collection In Persuasion Nation, there’s a story called “CommComm” that contains an eleven-word line about some graffiti on the body of an airplane (I will not spoil it here, out of context), and I have, for about fifteen years, semi-voluntarily recalled that line at least twice a month and laughed out loud every time.

AL: It’s a three-way tie between Europeana by Patrik Ourednik, The Notebook by Agota Kristof, and My Friends by Emmanuel Bove.

BM: Classic book on your To Be Read Pile?

AL: Too early to say.

AL: I didn’t read books I was assigned in high school.

AL: Fake Accounts by Lauren Oyler, Kaddish.com by Nathan Englander, A Swim in a Pond in the Rain by George Saunders and four 19thcentury Russians, Ferrante’s Lying Life of Adults; re-reading Gerald Murnane’s Stream System, Aira’s The Musical Brain, Helen DeWitt’s Some Trick, Jeff Parker’s A Taste of Penny, Pacheco’s Battles in the Desert, and Jenny Diski’s The Vanishing Princess.

AL: I don’t enjoy reading children’s books—I haven’t read any in years—so I don’t think I’m able to meaningfully answer this question, but as a child, I liked The Lorax a lot, and The Giving Tree.

Adam Levin is the author of The Instructions and Hot Pink. He has been a New York Public Library Young Lions Fiction Award winner, a recipient of a National Endowment for the Arts fellowship, and a National Jewish Book Award finalist. A longtime Chicagoan, Levin currently lives in Gainesville, Florida. 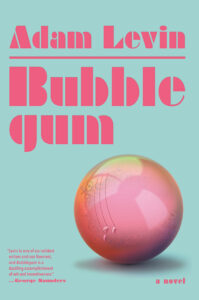