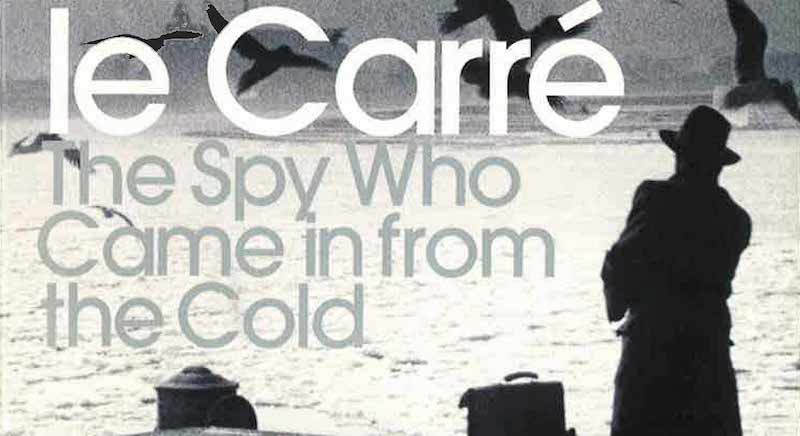 Actors Banished From the Stage: OnThe Spy Who Came in From the Cold

A 1964 New York Times review of John LeCarré's breakthrough novel, a book Graham Greene called "the best spy story I have ever read" 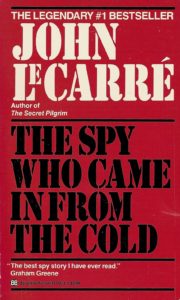 He became a solitary, belonging to that tragic class of active men prematurely deprived of activity; swimmers barred from the water or actors banished from the stage.

“‘The best spy story I have ever read,’ says Graham Greene, and I am not too far from agreeing with him. Whether The Spy Who Came in From the Cold is better than Eric Ambler’s Epitaph for a Spy or Somerset Maugham’s Ashenden or Mr. Greene’s own The Confidential Agent is inconsequential. What matters is that it belongs on the same shelf. Here is a book a light year removed from the sometimes entertaining trivia which have (in the guise of spy novels) cluttered the publishers’ lists for the past year. 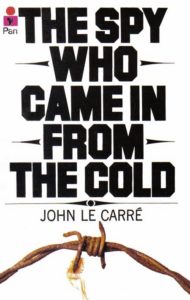 “John Le Carré, a pseudonym for a British civil servant employed in one of the Whitehall ministries, is telling here the story of Alec Leamas, a 50-year-old professional who has grown stale in espionage, who longs to ‘come in from the cold’ — and how he undertakes one last assignment before that hoped-for retirement. Over the years Leamas has grown unsure where his workday carapace ends and his real self begins:

‘A man who lives a part,’ the author notes, ‘not to others but alone, is exposed to obvious psychological dangers. In itself, the practice of deception is not particularly exacting; it is a matter of experience, of professional expertise, it is a facility most of us can acquire. But while a confidence trickster, a play-actor or a gambler can return from his performance to the ranks of his admirers, the secret agent enjoys no such relief. For him, deception is first a matter of self-defense. He must protect himself not only from without but from within, and against the most natural of impulses: though he earn a fortune, his role may forbid him the purchase of a razor; though he be erudite, it can befall him to mumble nothing but banalities; though he be an affectionate husband and father, he must under all circumstances withhold himself from those in whom he should naturally confide.

‘Aware of the overwhelming temptations which assail a man permanently isolated in his deceit, Leamas resorted to the course which armed him best. Even when he was alone, he compelled himself to live with the personality he had assumed. It is said that Balzac on his deathbed inquired anxiously after the health and prosperity of characters he had created. Similarly Leamas, without relinquishing the power of invention, identified himself with what he had invented.’ 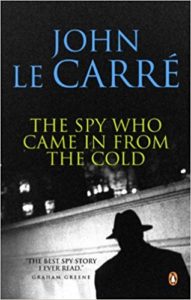 “Recalled from Berlin after the death of his last East German contact at the Wall, Leamas lets himself be seduced into a pretended defection — thereby providing the East Germans with data from which they can deduce that the head of their own spy apparatus is a double agent. It is a fiendishly intricate yet wholly plausible plan, rooted in the very nature of espionage and security thinking — and the author develops his story superbly, both as a compelling and dazzlingly plotted thriller and as a substantial and penetrating novel of our times. 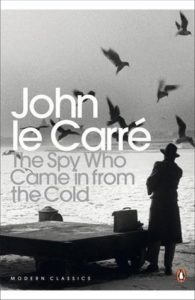 “Le Carré’s first novel, Call for the Dead (also a spy story, and a good one), took second place in the Crime Writers Association’s awards for best novel of 1961. His second, A Matter of Quality (which used the detective story of private murder to examine the self-conscious class structure of England), was a finalist in the C.W.A.’s 1962 awards. (Both were published in this country.) Despite these well-deserved honors, he has so far received little recognition.

The Spy Who Came in From the Cold should establish him firmly beside Ambler and Greene in the small rank of writers who can create a novel of significance, while losing none of the excitement of the tale of sheer adventure.”