On what would be her 221st birthday, we look back at three of the earliest reviews of Shelley's then-anonymously published gothic masterpiece 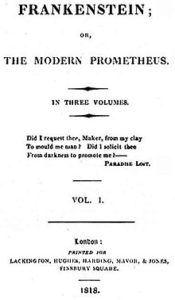 “I ought to be thy Adam, but I am rather the fallen angel…”

“A more philosophical and refined use of the supernatural in works of fiction, is proper to that class in which the laws of nature are represented as altered, not for the purpose of pampering the imagination with wonders, but in order to shew the probable effect which the supposed miracles would produce on those who witnessed them. In this case, the pleasure ordinarily derived from the marvellous incidents is secondary to that which we extract from observing how mortals like ourselves would be affected … Even in the description of his marvels, however, the author who manages the style of composition with address, gives them an indirect importance with the reader, when he is able to describe with nature, and with truth, the effects which they are calculated to produce upon his dramatis personæ… 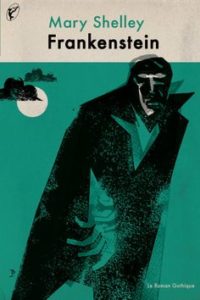 “In the class of fictitious narrations to which we allude, the author opens a sort of account-current with the reader; drawing upon him, in the first place, for credit to that degree of the marvellous which he proposes to employ; and becoming virtually bound, in consequence of this indulgence, that his personages shall conduct themselves, in the extraordinary circumstances in which they are placed, according to the rules of probability, and the nature of the human heart. In this view, the probable is far from being laid out of sight even amid the wildest freaks of imagination; on the contrary, we grant the extraordinary postulates which the author demands as the foundation of his narrative, only on condition of his deducing the consequences with logical precision… 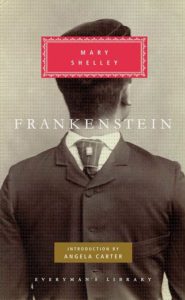 “It is no slight merit in our eyes, that the tale, though wild in incident, is written in plain and forcible English, without exhibiting that mixture of hyperbolical Germanisms with which tales of wonder are usually told, as if it were necessary that the language should be as extravagant as the fiction. The ideas of the author are always clearly as well as forcibly expressed; and his descriptions of landscape have in them the choice requisites of truth, freshness, precision, and beauty. The self-education of the monster, considering the slender opportunities of acquiring knowledge that he possessed, we have already noticed as improbable and overstrained. That he should have not only learned to speak, but to read, and, for aught we know, to write — that he should have become acquainted with Werther, with Plutarch’s Lives, and with Paradise Lost, by listening through a hole in a wall, seems as unlikely as that he should have acquired, in the same way, the problems of Euclid, or the art of book-keeping by single and double entry.” 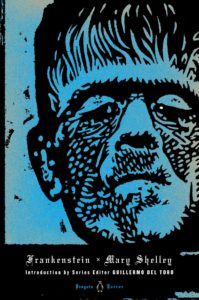 “Our readers will guess from this summary, what a tissue of horrible and disgusting absurdity this work presents. It is piously dedicated to Mr. Godwin, and is written in the spirit of his school. The dreams of insanity are embodied in the strong and striking language of the insane, and the author, notwithstanding the rationality of his preface, often leaves us in doubt whether he is not as mad as his hero. Mr. Godwin is the patriarch of a literary family, whose chief skill is in delineating the wanderings of the intellect, and which strangely delights in the most affecting and humiliating of human miseries. His disciples are a kind of out pensioners of Bedlam, and like ‘Mad Bess’ or ‘Mad Tom,’ are occasionally visited with paroxysms of genius and fits of expression, which makes sober-minded people wonder and shudder. 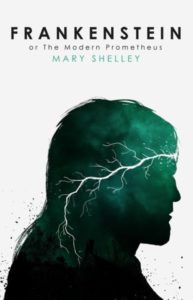 “But when we have thus admitted that Frankenstein has passages which appal the mind and make the flesh creep, we have given it all the praise (if praise it can be called) which we dare to bestow. Our taste and our judgement alike revolt at this kind of writing, and the greater the ability with which it may be executed the worse it is — it inculcates no lesson of conduct, manners, or morality; it cannot mend, and will not even amuse its readers, unless their taste have been deplorably vitiated — it fatigues the feelings without interesting the understanding; it gratuitously harasses the sensations. The author has powers, both of conception and language, which employed in a happier direction might, perhaps, (we speak dubiously,) give him a name among these whose writings amuse or amend their fellow-creatures; but we take the liberty of assuring him, and hope that he may be in a temper to listen to us, that the style which he has adopted in the present publication merely tends to defeat his own purpose, if he really had any other object in view than that of leaving the wearied reader, after a struggle between laughter and loathing, in doubt whether the head or the heart of the author be the most diseased.” 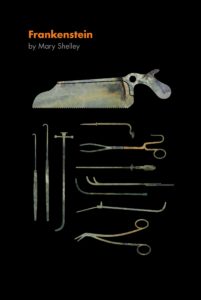 “We are in doubt to what class we shall refer writings of this extravagant character; that they bear marks of considerable power, it is impossible to deny; but this power is so abused and perverted, that we should almost prefer imbecility; however much, of late years, we have been wearied and ennuied [i.e. bored] by the languid whispers of gentle sentimentality, they at least had the comfortable property of provoking no uneasy slumber; but we must protest against the waking dreams of horror excited by the unnatural stimulants of this later school; and we feel ourselves as much harassed, after rising from the perusal of these three spirit-wearing volumes, as if we had been over-dosed with laudanum, or hag-ridden by the night-mare. 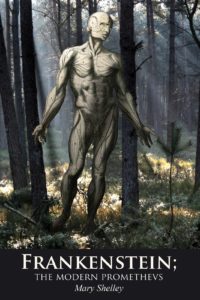 “We need scarcely say, that these volumes have neither principle, object, nor moral; the horror which abounds in them is too grotesque and bizarre ever to approach near the sublime, and when we did not hurry over the pages in disgust, we sometimes paused to laugh outright; and yet we suspect, that the diseased and wandering imagination, which has stepped out of all legitimate bounds, to frame these disjointed combinations and unnatural adventures, might be disciplined into something better. We heartily wish it were so, for there are occasional symptoms of no common powers of mind, struggling through a mass of absurdity, which well nigh overwhelms them; but it is a sort of absurdity that approaches so often the confines of what is wicked and immoral, that we dare hardly trust ourselves to bestow even this qualified praise. The writer of it is, we understand, a female; this is an aggravation of that which is the prevailing fault of the novel; but if our authoress can forget the gentleness of her sex, it is no reason why we should; and we shall therefore dismiss the novel without further comment.”