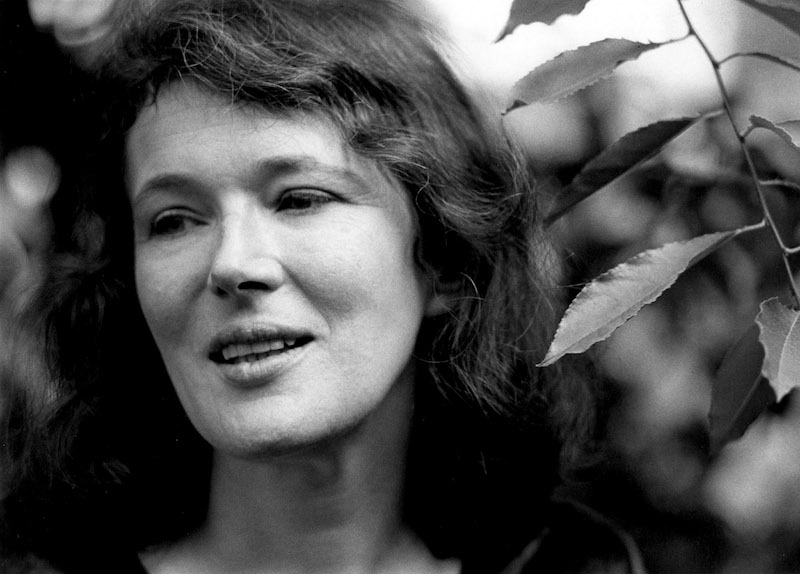 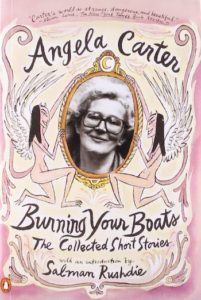 “…surprises and reversals are everywhere in the stories of Angela Carter, the fine English writer who died in 1992 ‘at the height of her powers,’ as her friend Salman Rushdie says in his introduction to this new collection of her short fiction. During her lifetime, she published four volumes of stories, some of which are now almost impossible to find. Fortunately, they have been reprinted in <em>Burning Your Boats</em>, together with six previously uncollected tales. Even in the realistic stories, Carter’s world is strange, dangerous and beautiful. Ordinary and even sordid things are transfigured by the intensity of her vision: ‘The beach is full of the garbage of the ocean. The waves leave torn, translucent furls of polythene wrapping too tough for even this sea’s iron stomach.’ 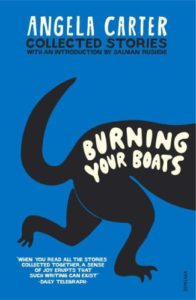 “As a writer, Carter could do almost anything … Some critics have seen Carter as a follower of magic realism; yet she is, even more, the natural heiress of a northern Gothic tradition. Her stories look back to the baroque fantasies of Irish and British writers like Lord Dunsany, Arthur Machen and Walter de la Mare — and beyond them to Thomas De Quincey’s Confessions of an English Opium Eater. The 20th-century writer Angela Carter most resembles, however, is the Danish author Isak Dinesen, whose Seven Gothic Tales features a similar mixture of bizarre, haunted northern scenes and bejeweled prose. There is even a physical resemblance. Carter’s ancestors came from northeast Scotland and Yorkshire, where many Norsemen settled, and, like Dinesen, she was pale and elegant — a bold, adventurous Scandinavian beauty.

It was the north that excited Carter’s imagination: empty, frozen, mountainous country; long dark nights; icy forests where wolves howl. Most of her important scenes take place in bleak late-autumn or winter landscapes, against which their drama stands out even more sharply.

There is a lot of drama in Carter’s stories, and many passionate, often perverse relationships. As she said in the afterword to her first collection, Fireworks, she liked ‘Gothic tales, cruel tales, tales of wonder, tales of terror, fabulous narratives that deal directly with the imagery of the unconscious.’ In her stories, women turn into wolves, incest and murder are committed, the dead walk and people pass through mirrors into other worlds.

It must be admitted that now and then Carter’s love of elaborate language and extreme situations becomes oppressive, and there is a surfeit of blood and stormy weather. But, like the old folk tales, her stories are not meant to be consumed all at once: they should be read — or, even better, read aloud — one at a time, ideally in front of a fire on a dark winter’s night. 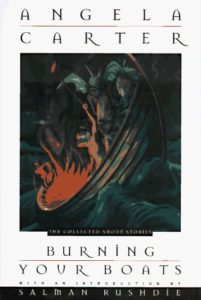 “Many critics agree that The Bloody Chamber is Carter’s masterwork. It includes most of the stories for which she is now best known: her retellings of old fairy tales. Partly on this basis, some have claimed her as a feminist. It is true that the stories are full of independent women: in her version of ‘Bluebeard,’ for instance, the heroine is rescued not by her brothers but by her mother, who has already killed a man-eating tiger.

But at times Carter’s message is more ambiguous. A recurring scenario is that of a beautiful young girl imprisoned in a remote castle by a rich, powerful, animalistic — or part-animal — man. Sometimes the heroine is destroyed; at other times she is rescued; but often she turns the tables by proving to be as passionately animal as the hero or villain.

“…here is an archaic cruel streak in many of these stories. Violence is always a possibility; beauty and courage and passion may prevail, but the weak and the timid go to the wall. In this, Angela Carter is true to the material that inspired her. After all, one reason the old fairy tales have survived for hundreds of years is that they do not try to disguise what the world is really like.”