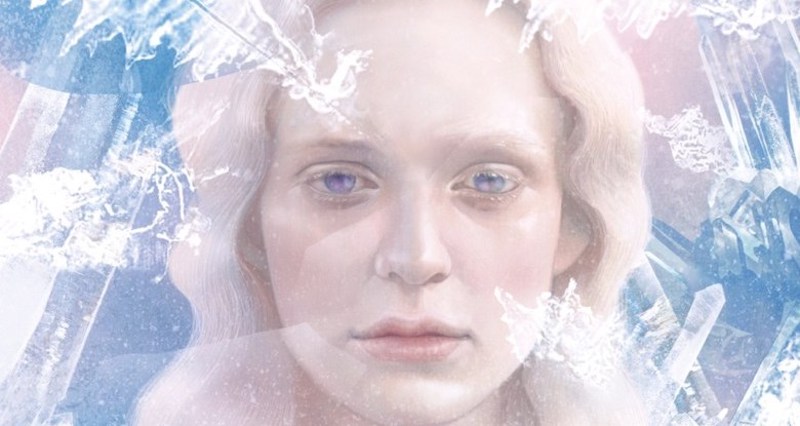 On the 50th anniversary of its original publication, Lethem calls Kavan's masterpiece of literary science fiction "riveting and unforgettable" 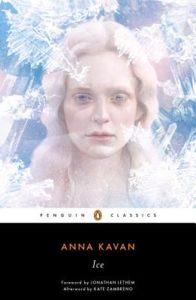 “Anna Kavan’s Ice is a book like the moon is the moon. There’s only one. It’s cold and white, and it stares back, both defiant and impassive, static and frantically on the move, marked by phases, out of reach. It may even seem to be following you. It is a book that hides, and glints, like ‘the girl’ who is at the center of its stark, fable-like tableau of catastrophe, pursuit and repetition-compulsion. The tale might seem simple: a desperate love triangle played out in a world jarred into ecocatastrophe by political and scientific crimes. The narrator, whose resolute search for the girl might appear at first benign or even heroic, nonetheless slowly converges with the personality and motives of the sadistic, controlling ‘warden,’ who is the book’s antagonist and the narrator’s double. Though Ice is always lucid and direct, nothing in it is simple, and it gathers to itself the properties of both a labyrinth and a mirror … I doubt it helps for it to be categorized as science fiction, or to be categorized at all. Even given Anna Kavan’s remarkable life story, and amid her shelf of coolly anguished fiction, Ice stands alone.

“The frozen disaster overtaking the planet in Ice evokes that Cold-War, bomb-dreading, postwar 20th century we still, in many ways, live inside; it echoes images as popular as episodes of Rod Serling’s The Twilight Zone or Kurt Vonnegut’s Cat’s Cradle. The presentation is scattered with scenes of war, civil unrest and collective societal dysfunction, both vivid and persuasive.

“Kavan’s commitment to subjectivity was absolute, but in this, her greatest novel, she manages it by disassociation. If ‘the girl’ is in some way a figure of Kavan’s own vulnerability, she’s also a cipher, barely glimpsed, and as exasperating as she is pitiable. It’s been suggested that the ‘ice’ in Ice translates to a junkie’s relationship to her drug, yet the book is hardly reducible to this or any other form of allegory. Heroin may be integral to the book, hiding everywhere in plain sight and yet somehow also beside the point. The drama of damage and endurance in Ice plays out in an arena of dire necessity and, somehow simultaneously, anomic, dispassionate curiosity.

What makes this not only possible, but also riveting and unforgettable, is Kavan’s meticulous, compacted style. The book has the velocity of a thriller yet the causal slippages associated with high modernist writing like Beckett’s or Kafka’s. The whole presentation is dreamlike, yet even that surface is riven by dream sequences, and by anomalous ruptures in point-of-view and narrative momentum. At times this gives the reader the sensation that Ice works like a collage or mash-up; perhaps William Burroughs has been given a go at it with his scissors and paste pot. By the end, however, one feels at the mercy of an absolutely precise and merciless prose machine, one simply uninterested in producing the illusion of cause and effect. In the place of what’s called ‘plot,’ Kavan offers up a recursive system, an index of reaction points as unsettling and neatly tailored as a sheaf of Rorschach blots. The book’s nearest cousins, it seems to me, are Crash, Ballard’s most narratively discontinuous and imagistic book, or cinematic contemporaries like Alain Resnais’s Last Year at Marienbad. It’ll stick around, as those have, and it may even cut deeper. Like the moon, but with sharp edges.”