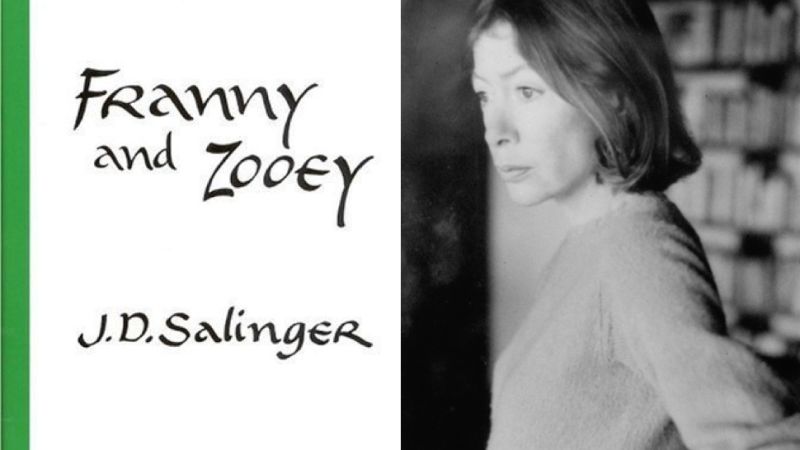 The Slouching Towards Bethlehem author was not a fan of J.D. Salinger's 1961 novel 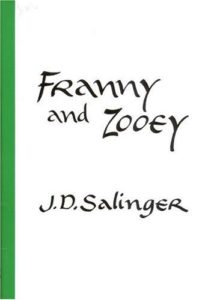 I’m sick of just liking people. I wish to God I could meet somebody I could respect

“When I first came to New York during the fall of 1956, I went to a party on Bank Street which I remember with particular clarity for a number of reasons, not the least of them my surprise that no one present wished William Knowland were running for President. (I had only been in New York a few days, and the notion that Democrats might be people one met at parties had not yet violated what must have been, in retrospect, my almost impenetrable western innocence.) There were a couple of girls who ‘did something interesting’ for Mademoiselle and there were several rather tweedy graduate students from Princeton, one of whom intimated that he had a direct wire to the PMLA, baby; there was, as well, a stunningly predictable Sarah Lawrence girl who tried to engage me in a discussion of J.D. Salinger’s relationship to Zen. When I seemed unresponsive, she lapsed into language she thought I might comprehend: Salinger was, she declared, the single person in the world capable of understanding her.

Five years work certain subtle changes. I have become downright blasé about Democrats at parties; that particular Sarah Lawrence girl found that she could, after all be understood well enough for everyday purposes by someone else, an electronics engineer; and nobody, not even on Bank Street, thinks much any more about Adlai Stevenson for President.

The idea that J.D. Salinger is a kind of middle-class American guru, however, has somehow resisted those gently abrasive sands. Among the reasonably literate young and young in heart, he is surely the most read and reread writer in America today, exerting a power over his readers which is in some ways extra-literary. Those readers expect him to teach them something, something that has nothing at all to do with fiction. 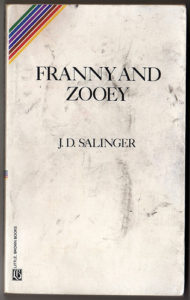 “To anyone who has ever felt over-?exposed to the world, to anyone who ?has ever harbored hatred in his or ?her heart toward droppers of names,? writers of papers on Flaubert, toward ?eaters of frogs’ legs, all of this has a certain seductive lure; there is a kind of lulling charm in being assured in that dazzling Salinger prose, that one’s raw nerves, one’s urban hangover, one’s very horridness, is really not horridness at all but instead a kind of dark night of the soul; there is something very attractive about being told that one finds enlightenment or peace by something as eminently within the realm of the possible as tolerance toward television writers and section men, that one can find the peace which passeth understanding simply by looking for Christ in one’s date for the Yale game.

However brilliantly rendered (and it is), however hauntingly right in the rhythm of its dialogue (and it is), Franny and Zooey is finally spurious, and what makes it spurious is Salinger’s tendency to flatter the essential triviality within each of his readers, his predilection for giving instructions for living. What gives the book its extremely potent appeal is precisely that it is self-help copy: it emerges finally as Positive Thinking for the upper middle classes, as Double Your Energy and Live Without Fatigue for Sarah Lawrence girls.”